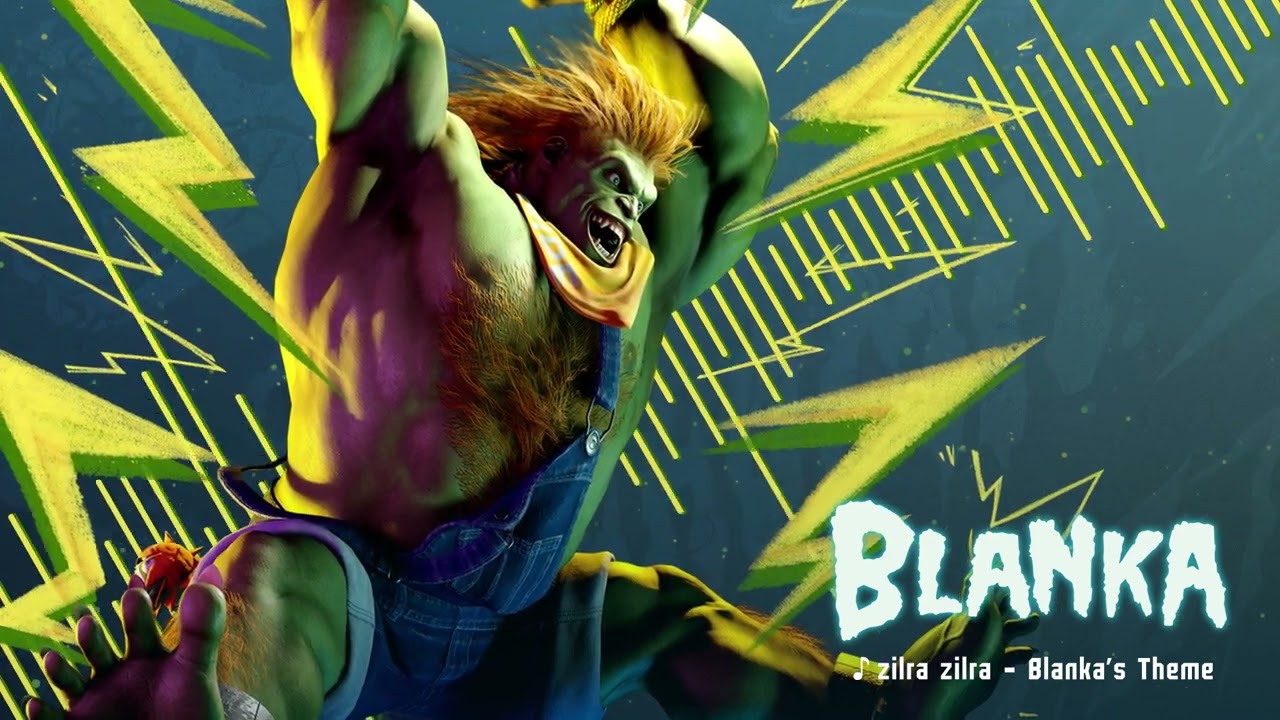 This time around, the video doesn’t showcase any gameplay or actual footage, but instead reveals Blanka’s theme music, titled “Zilra Zilra.”

Considering that Blanka hails from Brazil, the music certainly plays the part.

This is the eighth music reveal made for the game, as in the past few months Capcom published the official music video for the main theme, titled Not on the Sidelines, followed by the themes for Chun-Li and new-ish character Luke, the theme for Ryu, the music created for Jamie, the theme made for Guile, the music composed for Juri and Kimberly, and the one for Ken.

A few months ago, we got to see the reveal of Guile at Summer Game Fest, followed by Kimberly and Juri’s, on top of a look at their game faces and their gameplay.

Tokyo Game Show brought forth the reveal of Ken, Blanka, E. Honda, and Dhalsim, alongside their gameplay.