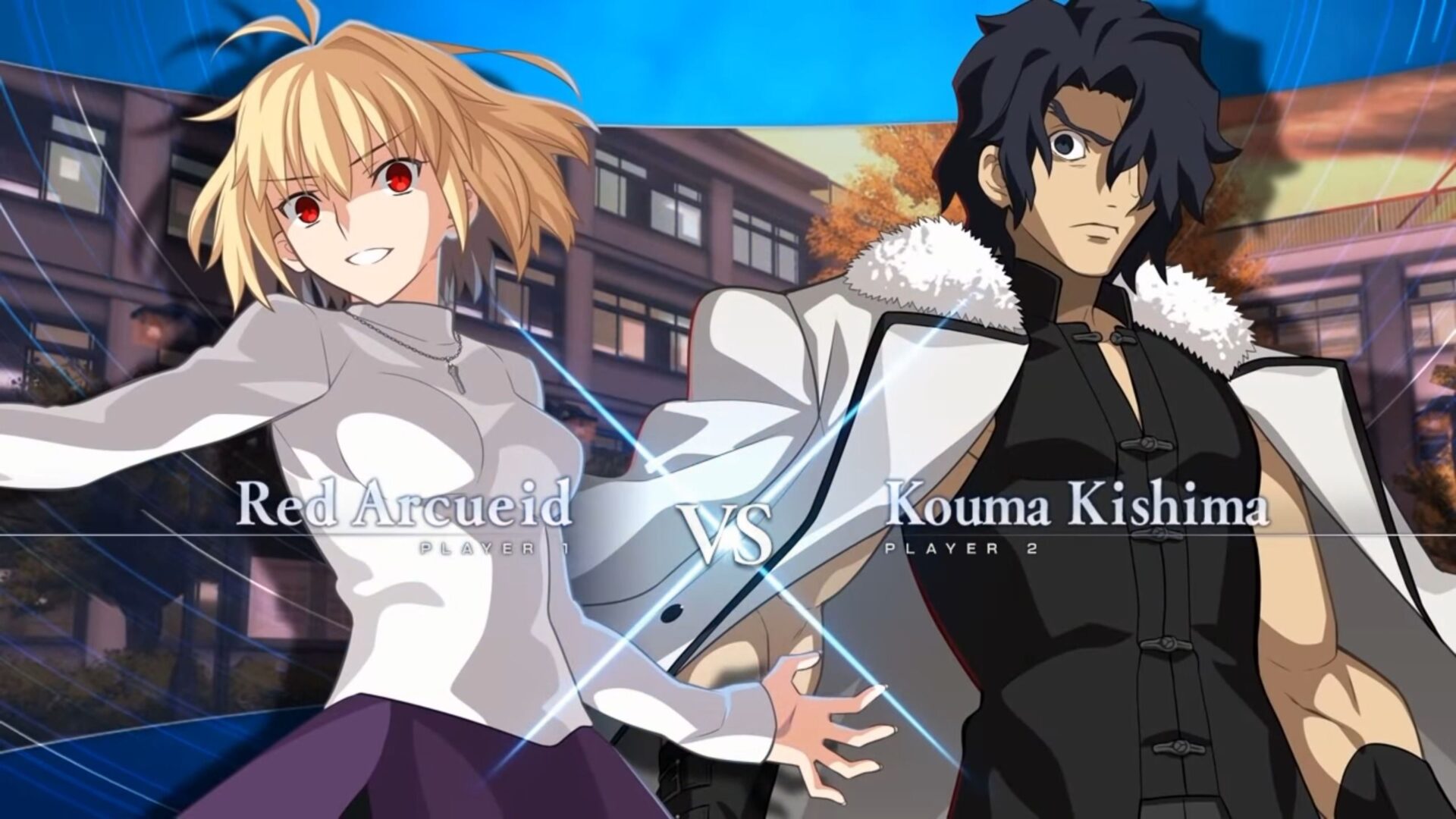 While this trailer displays a full match with Kouma Kirishima vs Red Arcueid. Unlike the previous trailer, the latter ultimately wins against the former.

“Head of the Kishima clan, a branch of the Tohno family. He is half demon.
Even among mixed-bloods, his demon blood is strong, making him only barely human.
Usually very quiet, he chooses to live as a hermit in a remote area of the mountains where he seeks to achieve spiritual enlightenment.

Because of this, he often speaks of worldly ties and spirituality.
His demeanor in battle, however, reflects his innate strength and demon blood.
His ability to use Scorching Heat means those in his way are often burned to ash.”