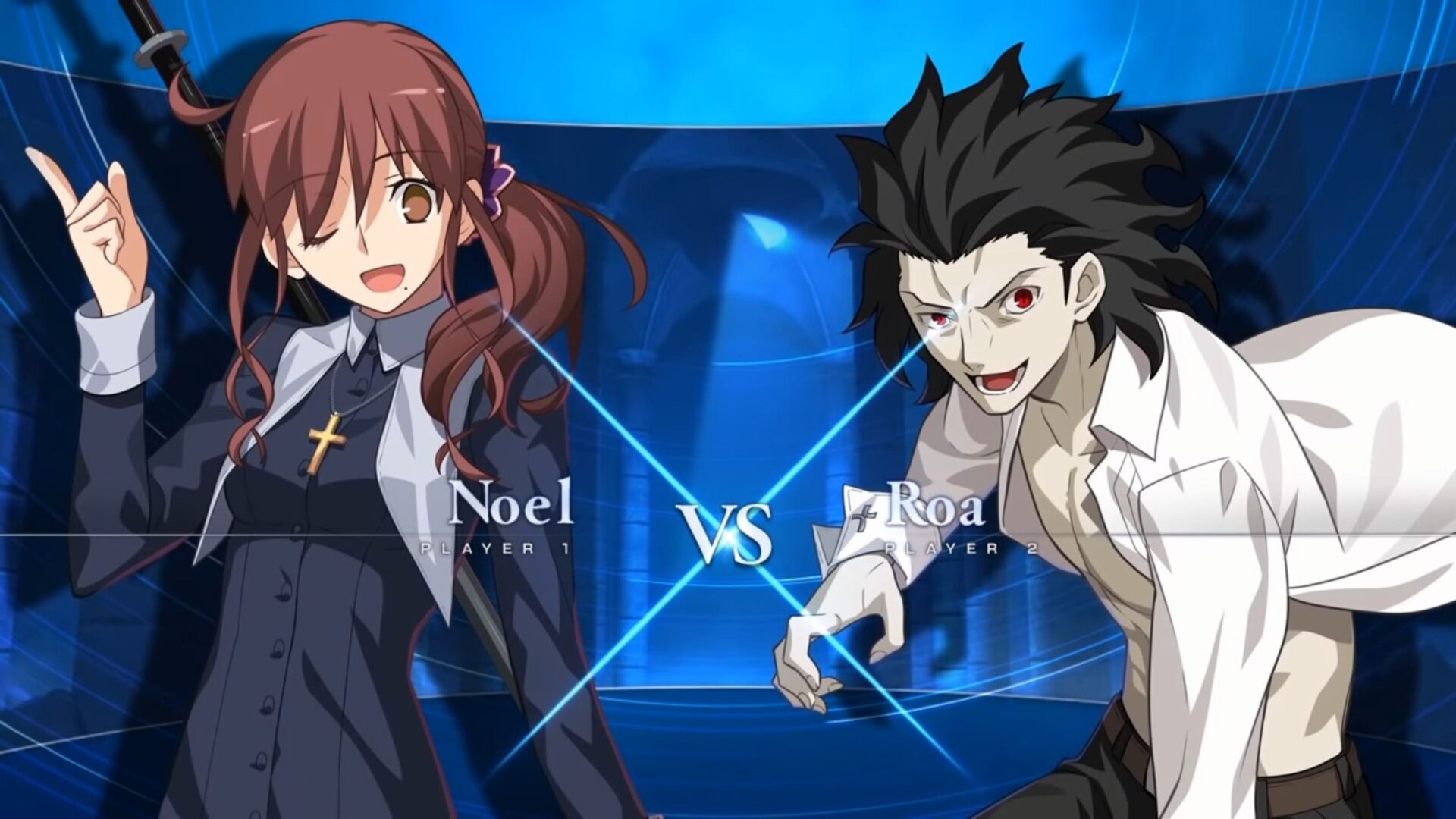 While this trailer shows Noel in combat against Roa, displaying a full match that sees the former beating the latter.

“She recently transferred to Shiki’s school as a new teacher. She metes out judgment to all blasphemers as an executor for the Holy Church.

She may not have the battle experience Ciel does, but she’s prepared to fight. Whenever faced with a weak opponent, she shows no mercy, claiming to be“weak against the strong, but overwhelmingly strong against the weak”.

At school, she exploits her appeal as an older woman to gain popularity with the boys. The girls, however, don’t seem to like her. Judging from the way she idolizes love and marriage, it’s safe to say she doesn’t have much luck with either.”

A vampire known as the “Serpent of Akasha” or the “Infinite Reincarnator.”
Former priest of the Holy Church. He can manipulate information and electricity at will.
The story of Roa appearing in Souya that came to him predicts the
possibilities he might have had following a chance encounter with Arcueid and Shiki.

Melty Blood: Type Lumina will release worldwide on September 30, 2021, for PS4, Xbox One, Switch, and PC via Steam. you can check out the original announcement, an earlier trailer, plenty of screenshots, the introduction of Shiki Tohno, that of Kouma Kishima, the video focusing on Arcueid Brunestud,  the trailer showcasing Ciel, the promotion video for Akiha Tohno, the video focusing on Hisui, one on Kohaku, one showing off their tag team, the reveal of Miyako Arima, the announcement featuring Noel, that of Michael Roa Valdamjong, and the introduction of Vlov Arkhangel.

We also got two gameplay videos featuring matches between Shiki and Ciel, more showing Akiha versus Arcueid, and another pair featuring Hisui vs. Kohaku.