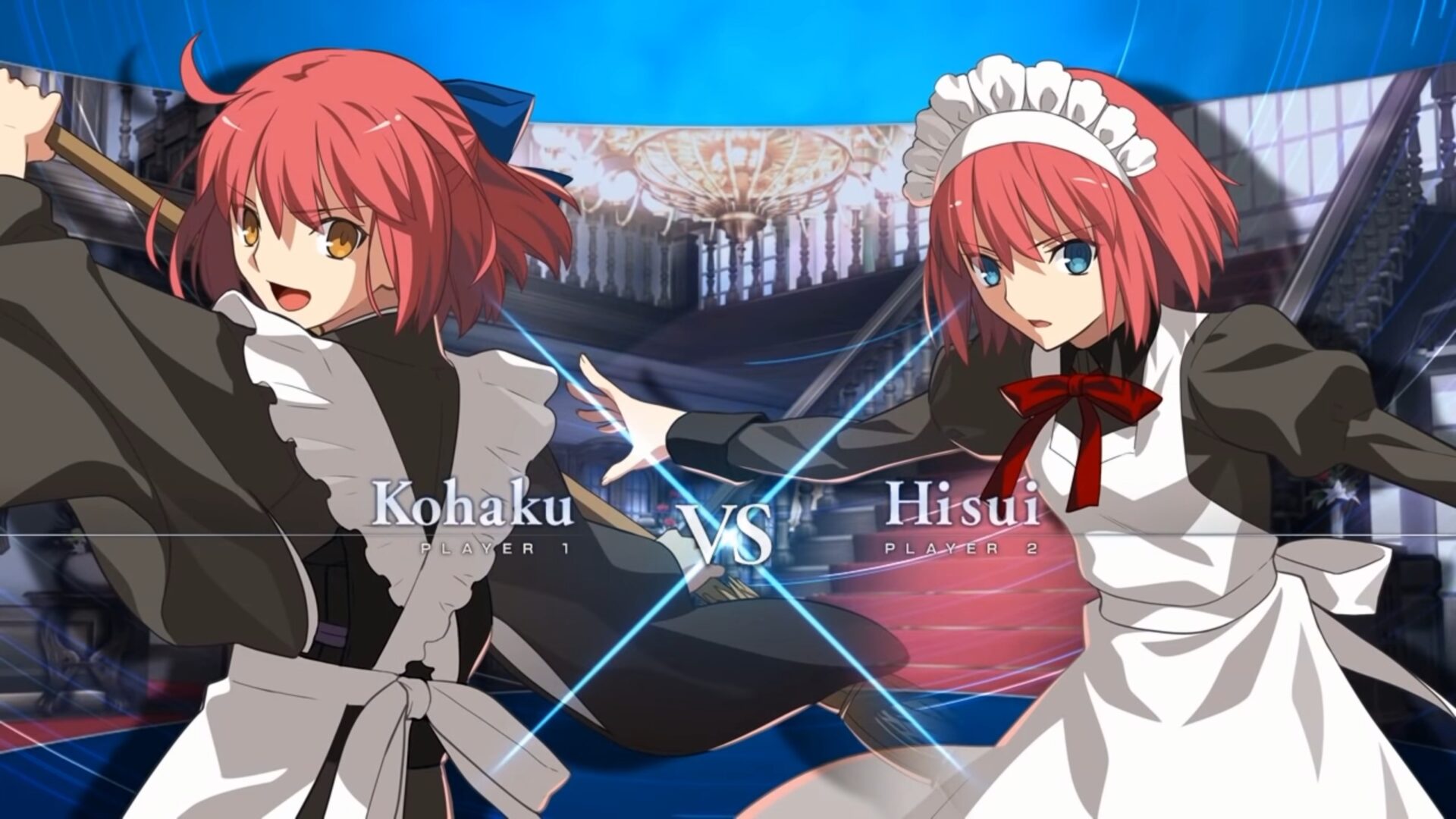 While this trailer shows Hisui against Kohaku like the previous one, this time around it’s Kohaku to beat her twin sister.

“She and her twin sister Hisui have worked for the Tohno family since they were young. Her trademark outfit is an apron over a classic kimono. Apart from assisting Akiha, she does household chores and tends the garden. Her pharmaceutical knowledge means she is also responsible for Shiki when he falls ill. She is endlessly cheerful, always willing to help, and wears a constant smile.

In battle, Kohaku can be seen wielding the sword she keeps hidden in her broom, calling on strange plants, and even dropping fire bombs from above as if by magic. How she is capable of such things is still a mystery to those around her.”

Melty Blood: Type Lumina will release worldwide on September 30, 2021, for PS4, Xbox One, Switch, and PC via Steam. you can check out the original announcement, an earlier trailer, plenty of screenshots, the introduction of Shiki Tohno, that of Kouma Kishima, the video focusing on Arcueid Brunestud,  the trailer showcasing Ciel, the promotion video for Akiha Tohno, the video focusing on Hisui, one on Kohaku, one showing off their tag team, the reveal of Miyako Arima, that of Michael Roa Valdamjong, and the introduction of Vlov Arkhangel.

We also got two gameplay videos featuring matches between Shiki and Ciel, more showing Akiha versus Arcueid, and another featuring Hisui vs. Kohaku.