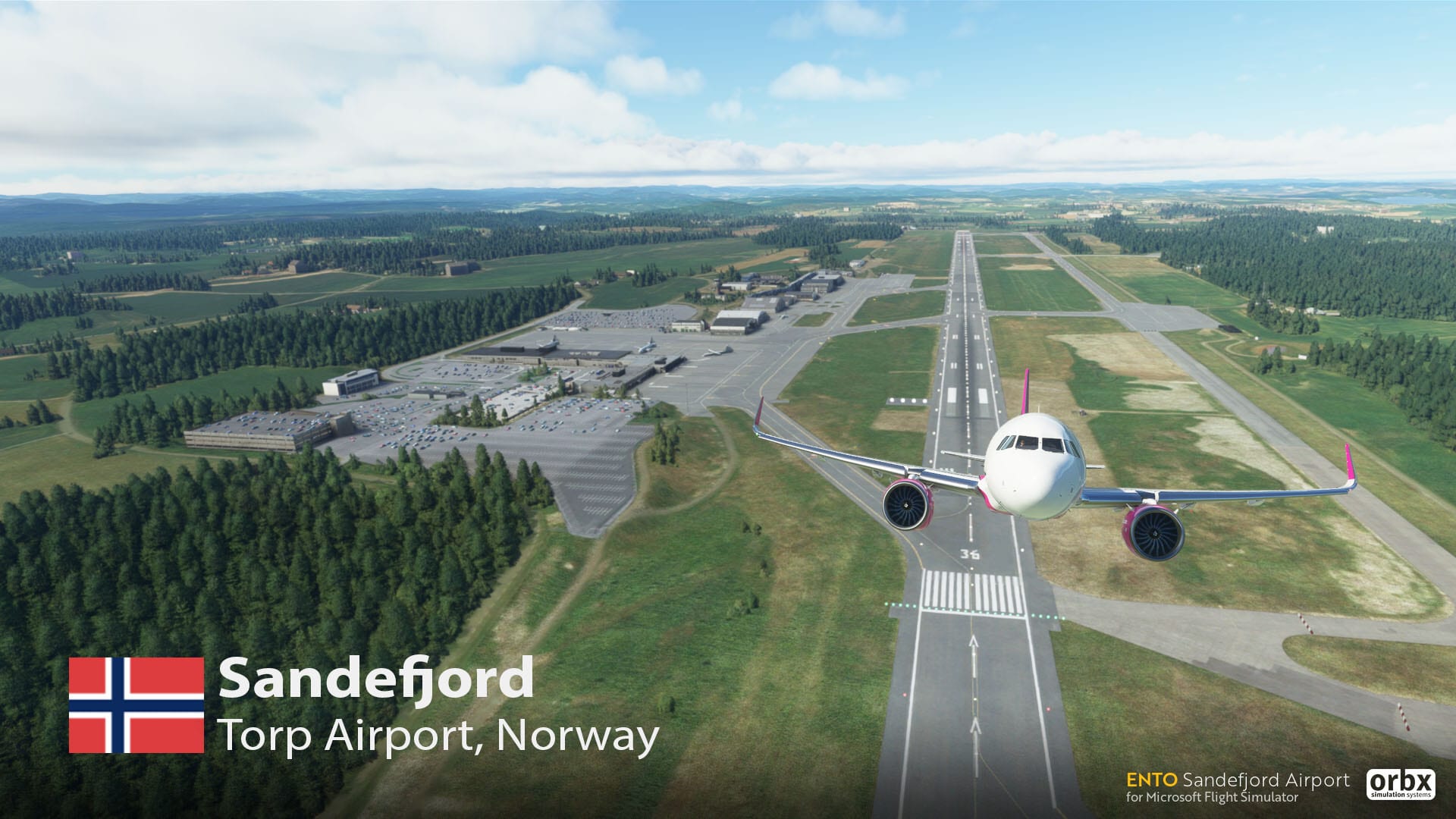 This time around, it’s Sandefjord Torp Airport (ENTO), which is a rather handy low-cost alternative for those who want to visit Oslo.

At the moment, pricing and release date have not yet been revealed, but you can enjoy a series of screenshots and an official description below.

“(ENTO) Torp Airport is a major Norwegian airport, located on the west side of the Oslofjord. It is linked with Oslo Gardermoen airport, serving mostly low-cost and charter carriers flying to destinations across Europe. Regular visitors include Wizzair, KLM, Ryanair and Widerøe. On site is also the European Helicopter Center: Educating future helicopter pilots, Pilot Flight Academy for fixed wing education, as well as Widerøe and others’ maintenance hangars. Way up in the northern corner of the airport lies the local flying club – Sandefjord flyklubb.

Whether you prefer flying low-cost airlines to London, Krakow or Riga, GA flights to nearby Notodden, Sogndal and the Norwegian Fjords, or visit other nearby Orbx destinations such as Kristiansand, Ålesund or Malmø – This airport is your new base of operations!”