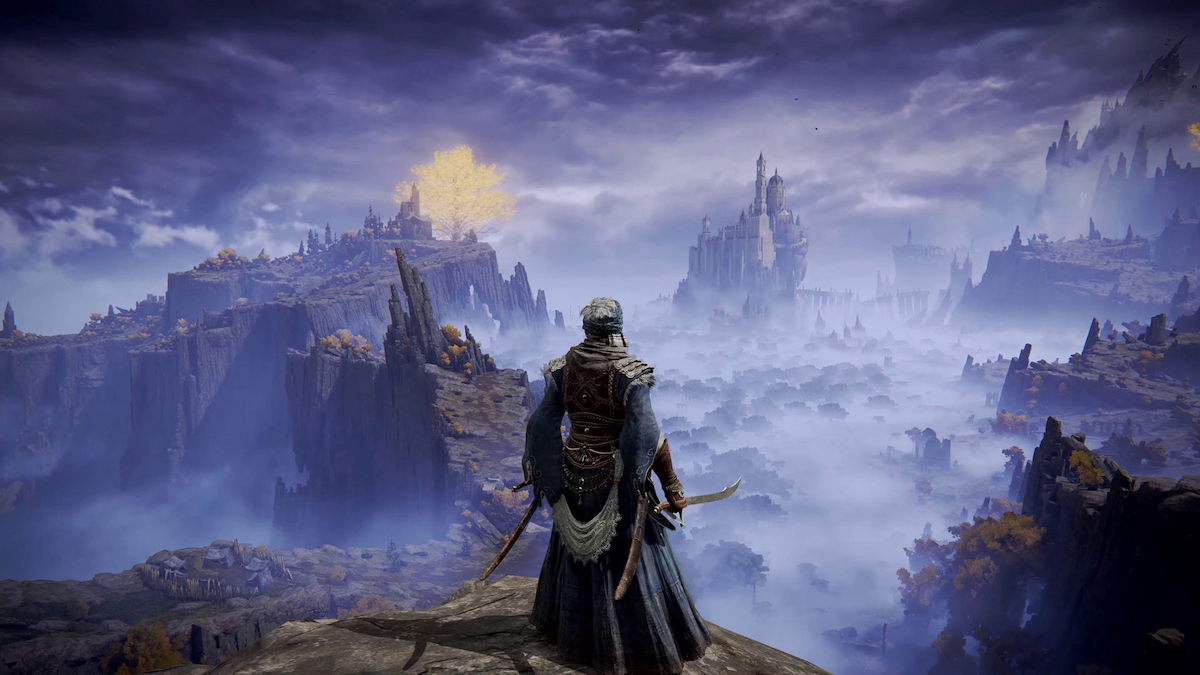 As the calendar turns on the fourth quarter, we’re slowly heading toward Game of the Year season. It’s the time to reflect on the games that made 2022 so special for gamers and left the strongest impact with their creativity, clever concepts and, above all, fantastic gameplay.

While there are clear contenders for the crown now, the Holiday season is prime time to put out those last few titles that could make a run at earning the highest honor in gaming. With games like Bayonetta 3, Pokémon Scarlet and Violet, God of War: Ragnarök and The Callisto Protocol still set to arrive, the Game of the Year race could really heat up over the homestretch of the year.

Whether it does or doesn’t heat up, though, we still have plenty of games that have a strong shot of racking up Game of the Year honors from gamers and outlets across the board. Here are just 10 of the year’s biggest and best games that you can expect to take home some gold.

Cult of the Lamb

A huge breakout title from the single-digit developer team at Massive Monster, Cult of the Lamb has quickly captivated players on a much larger scale than any of the team’s other titles. In it, you play as a possessed lamb who is saved by a deity known as “The One Who Waits,” who forces the lamb to create their own cult to pay off their debts.

Building on the roguelike genre in a big way, Cult of the Lamb also offers management-sim gameplay in what’s been one of the most unique spins on the formula yet. It’s almost like Cult of the Lamb is 2022’s Hades; another clever take on a genre that’s received plenty of games recently. Even Twinfinite’s own Andrew McMahon called it “an easy frontrunner for Game of the Year” in his review of the game.

The third entry in Roll7’s OlliOlli series, OlliOlli World feels like the franchise’s finest hour; a game that successfully pulls off the ever-difficult 900 and polishes things to the highest degree. With more of a 2.5D feel than the previous entries, the door has been opened for even more opportunities in skating.

What helps with this is the fantastic level design. Aiding the crazy themes of the game, the levels are so full of life compared to the predecessors, and the hidden paths lead to an even greater sense of inventiveness to explore with your playstyle. It’s a wonderfully relaxing time that pulls off every inversion it can to be the best entry in the series.

In a year of surprising, refreshing indie darlings, Citizen Sleeper has carved out its own lane as an engrossing journey through corporate space. Its text-based gameplay inspires heavy amounts of choice, navigating the game’s beautiful story centered around a human in a robot body trying to survive a perilous, desolate world.

It’s a dark, cyberpunk-esque journey that asks you how you’d handle life in this dreary world. Conform and work yourself to death? Or do everything in your power to get out? It’s a clever game that elevates its simplistic but satisfying mechanics with fantastic world-building and characters. An underrated gem, Citizen Sleeper is available now on Xbox Game Pass if you’re looking to try it out.

Nostalgia can be a tricky thing to navigate when making a video game. As much as you’ll want to appeal to old-school gamers, you don’t want to hug nostalgia so hard that you alienate newer players looking to get into the series for the first time. It’s a tricky tightrope to cross, but Return to Monkey Island does it with aplomb.

The game captures the essence and love of old-school point-and-click adventure games to serve as a swashbuckling, sea-fairing adventure, but also makes nice changes that make sense in a modern era. Puzzles are no longer as hair-pulling as they once were, and easier difficulty options help players to enjoy the lovingly crafted story, while still being able to appreciate what made the genre special in the first place. It’s a throwback with a lot of love instilled in it, but it’s a throwback that remembers what year it is. As a result, it fits snuggly alongside the finest point-and-click adventure titles.

Speaking of nostalgia, Teenage Mutant Ninja Turtles: Shredder’s Revenge has quietly put together a compelling argument as one of the year’s best games. Without feeling the need to reinvent the wheel of the beat ’em up, Shredder’s Revenge instead opts to be a loving homage to the old-school styles of the franchise’s classic titles from the 1980s and 1990s.

With incredibly varied and fast-paced gameplay, a gorgeous pixel-art style, and plenty of fun callbacks to the 1987 Teenage Mutant Ninja Turtles series, Shredder’s Revenge hits all the right nostalgic notes. Much like Monkey Island, though, it remembers what year it is, and brings that nostalgic style back with more than enough modern touches to make for a satisfying return.

Seems nostalgia has been a big point in this list right now. Let’s talk about a game that sticks much harder to its old-school roots, though: Tunic. Borrowing heavily from the styles of the old-school games in The Legend of Zelda series, Tunic dunks its Dark Souls-esque gameplay into a colorful world with a cartoony fox, forcing you to collect pieces of a manual to understand your next objective.

It’s a combination that really works, delivering a classic-feeling gameplay experience without diving too deep into dated elements. It rewards your sense of discovery, and its emphasis on exploration makes for a fantastic adventure well worth experiencing.

Even with a lot of indie darlings making up the top contenders, that’s not to say AAA titles haven’t delivered the goods. Sony’s Horizon Forbidden West is a crown jewel in the publisher’s high-quality catalog, and a massive improvement over a game that was already fantastic.

Taking the fresh and inventive formula introduced in 2017’s Horizon Zero Dawn, Forbidden West offers another emotional story, even greater combat, more stunning visuals and another masterclass in open-world gameplay. It expands on everything the first game did but remembers that “bigger” doesn’t immediately mean “better” and improves on the original in virtually every way. It’s another one of Sony’s finest titles, and it would probably take the cake among open-world games had another massive title not been released in the same week.

One of the year’s most surprising (and underrated) games, Neon White is a fresh new journey from first-time developer Angel Matrix. It’s an incredibly clever take on the ever-popular first-person shooter genre with a card-based system and wonderful puzzle-platforming gameplay.

Even beyond its compelling parkour, anime aesthetic and eccentric card combat, Neon White is intentionally designed for frantic, speedrun-based gameplay that encourages you to complete levels as fast as humanly possible. It makes for such an addictive gameplay loop that turns this into one of the year’s most surprising titles. Here’s hoping it releases on other platforms sooner rather than later.

Beyond its engrossing story and beautiful audio-visual components, Xenoblade’s newest adventure makes major improvements to the combat while providing plenty of content to keep you coming back for more. It’s by far one of the best Switch games available right now, and a masterpiece among Monolith Soft’s incredible library of titles. The franchise has come a long way, and it’s great to see it finally get its flowers after starting as just a cult Wii game that took a fan campaign called Operation Rainfall to get localized.

You didn’t think we’d get through this entire list without mentioning Elden Ring, right? I mean, it’s pretty much the de facto “frontrunner” among the games here, and it may already have a vast amount of Game of the Year awards locked up. Hell, given that Geoff Keighley has tied Elden Ring to his brand quite a bit with appearances at his shows, it might be the easiest choice for the Game of the Year honor at The Game Awards 2022.

The truth, though, is that even when you set the hype aside, Elden Ring is a very special game. It succeeds at building off of the lessons learned from FromSoftware’s previous titles while creating an engrossing open world that few games can reach. It’s a testament to FromSoftware’s excellent library that a game as critically acclaimed as this may not even be seen as their best to some (hello, Bloodborne). Even so, it’s another phenomenal RPG from a company that just cannot stop raising the bar, no matter how hard they try.

This is just a small taste of some of 2022’s best games. We know there are more than a few other titles that stand alongside these 10, so what are some of your favorite games of 2022? Let us know in the comments!