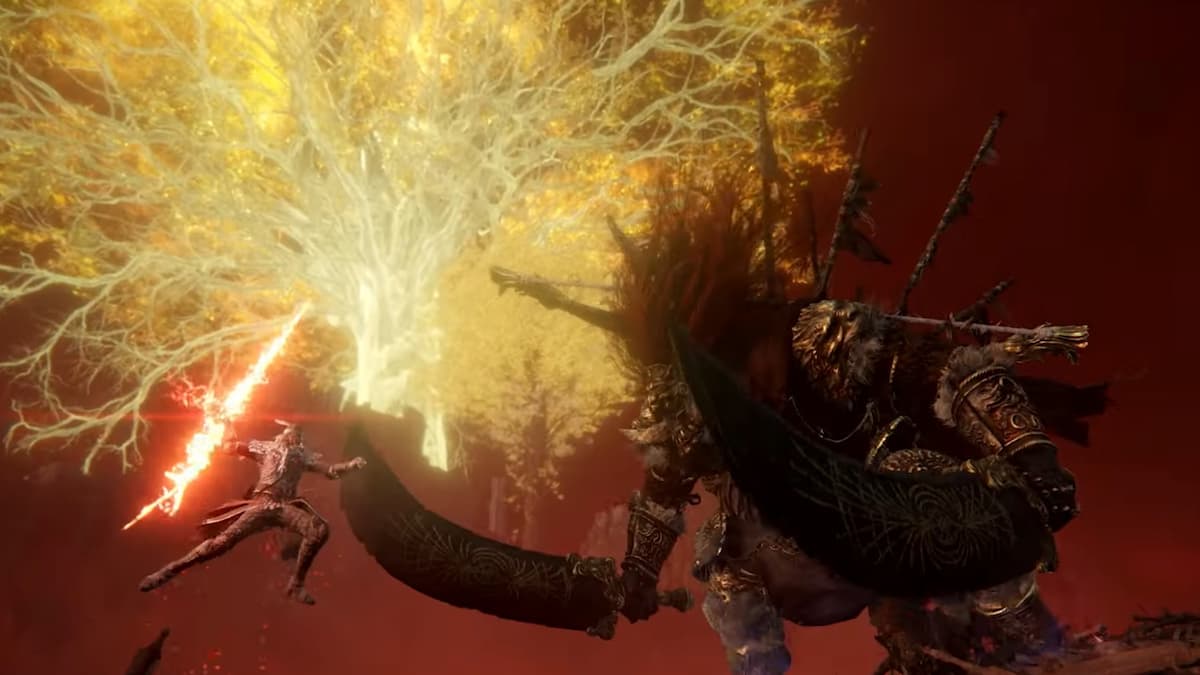 It has been more than a month since Elden Ring burst onto the scene and staked its claim as perhaps the greatest game of all time. There are still many who are enjoying the romp through The Lands Between, while others are still struggling to overcome the many dangers that await. With over 12 million copies sold, Bandai Namco and FromSoftware should be happy, which is probably why a new trailer has been released, showcasing all the praise from the critics alongside some epic and spoiler-filled scenes.

It is hard to argue with the snippets from the different press outlets, and the frame showing off all the perfect scores (including Twinfinite’s) would make anyone stand up and take notice if they have not already. The Elden Ring trailer also does a great job of highlighting the awesome boss fights and cool moves that players can pull off, albeit with the right builds and skills. Having that voiceover certainly helps too.

Here’s the trailer if you are not worried about certain spoilers:

A massive open world awaits players, giving you the freedom and flexibility to go almost anywhere and explore, discovering a world full of mysteries and dangers alike. Couple that with the excellent combat and the variety of ways you can use to approach enemies, and it has never been easier to get good.

If you are still looking for more ways to master the systems in Elden Ring, be sure to visit our Guide Wiki for all the important information that can aid your ascension to become the Elden Lord.