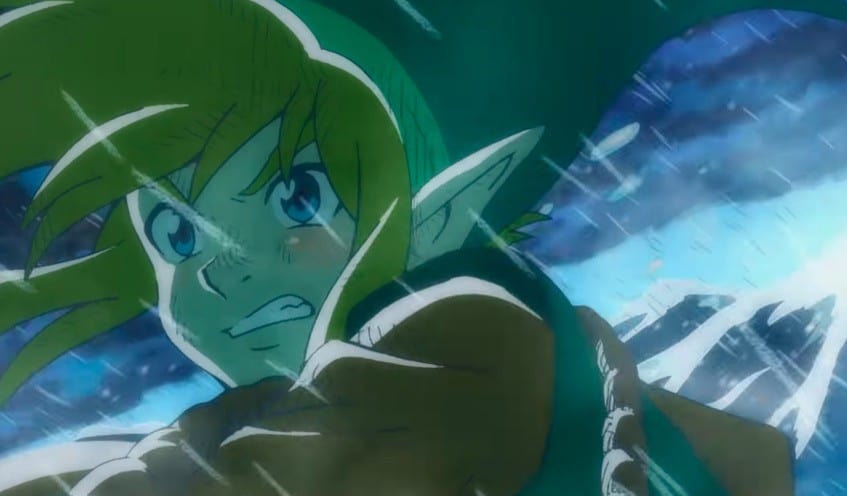 The Legend of Zelda: Link’s Awakening Review on Switch

Let’s take a trip back to the 90s when I was cuddled up with my Game Boy and exploring the strange and quirky island of Koholint, collecting bananas from alligators and fighting classic Zelda enemies, but with a pet Chain Chomp. Yeah, Link’s Awakening feels like a fever dream but that’s what makes this game so special, the childlike wonder and hallucinogenic qualities.

After being washed up on the shores of Koholint Island with no memory, Link is tasked with gathering eight musical instruments to wake up a celestial animal known as the Wind Fish.

Although, there seems to be a secret that Link will eventually uncover that shows off the true nature of the island, however, we won’t get into that as that falls into spoiler territory and we don’t want to ruin it for you first-timers.

From there, it’s your almost-typical top-down Zelda title similar to a Link to the Past. You collect items that you obtain in dungeons such as a hookshot and a bow and arrow, and you solve puzzles that lead you to a boss key, a boss battle, and a heart piece.

You’ll feel right at home with the way that dungeons work and the first few ones are super easy but the challenge really ramps up towards the latter half of the game, with multi-tiered dungeons and head-scratching mysteries –it’s certainly very Zelda-like.

The dungeons you go through are pretty much one-to-one with the classic game with some tiny changes here and there to makes things a little bit more manageable like being able to use items without constantly equipping/unequipping them in the menus –more buttons means more items.

The pegasus boots are assigned to the left bumper, the sword and shield are mapped to their own respective buttons, and the power bracelet works automatically (hallelujah).

In the base game, you would have to switch around everything constantly and it was very annoying but the Switch has way more buttons so this was not only appreciated but sort of expected.

The items are all the same, the insanely long trading sequence is kept intact, and the charm is ever so present, even more so thanks to the visual upgrade and the toy-like presentation.

Link and the inhabitants of Koholint Island shine brighter than ever and really stand out and they legitimately look like they were taken right out of an animated Christmas special, you know, the one with Rudolph?

Considering that this game was known for being strange and weird and quirky, the shiny, clay-esque aesthetic really helps flesh out the world even more.

As someone who spent dozens of hours with the old game, playing through this remake felt exactly the same and I already knew most of the secrets and puzzle solutions.

It was a similar experience to meeting up with an old friend who you might not have seen in ages, but once you start talking and laughing, it’s like you never were apart to begin with.

Now, if you’ve never played Link’s Awakening then I must say that this remake is obviously the best way to jump in. It’s much better-looking than its counterpart, the music is fantastic as ever, and there’s even a dungeon maker added that wasn’t in the original.

By finding these stone slabs and giving them over to one of the locals, you can unlock dungeon rooms and arrange them to make your own dungeons. You can then use amiibo to transfer them over to your friend’s Switch, if you really wanted to.

Truth be told though, this addition is not that deep and left me wanting more.

When Nintendo has a game like Super Mario Maker 2 out on the market and you compare it to this mode in Link’s Awakening, it doesn’t look that great, especially since there’s no way to share your creations online.

I would have loved to check out some other players’ creations when I’m craving some new dungeons, but that feature is strangely absent, making the dungeon maker mode very barebones.

Listen, I appreciate the little addition for new players and veterans alike, but I really wanted more from this mode and more from the game in general.

For someone like me who played the original so much as a kid, I was expecting to see a new ending or a new dungeon or something to make the journey a bit more worthwhile.

Something else that bugged me, specifically in the beginning of the game, was that that frame rate would drop from time to time when too much stuff happened on screen at once, but it would only happen outside.

Like if you were to cut a ton of grass at once, you will notice some slow-down, but exploring dungeons was perfect and I experienced no technical issues at all. I also didn’t even notice the slowdown anymore after putting in a couple of hours into the 10-15 hour story.

But the game is exactly like how you remember it being, however, the original is one of the best Zelda titles of all time and was really unique at the time and still is!

I still had an absolute blast powering through the dungeon, interacting with the quirky NPC’s, and collecting seashells and heart pieces.

It goes to show that contained, top-down Zelda experiences can still have a place in a world where Breath of the Wild exists.

Link’s Awakening is a wonderful reminder that there are two types of Zelda games, and guess what? They can both co-exist in the same space and both can succeed.

Whether this is your first Zelda game or if you’ve played Link’s Awakening 10 times, there is something amazing to be found here for everyone. This remake is absolutely charming, stunning, and visually striking, making it one of the prettiest Switch games out there.

Should You Buy Link’s Awakening?

Yes, even if you have played Link’s Awakening before, I highly recommend it. If you’re looking for a solid Zelda game to pass the time while you wait for Breath of the Wild 2, this will definitely scratch that itch.

Link’s Awakening is developed by Grezzo, the same developer of Ocarina of Time 3D, Majora’s Mask 3D, Tri Force Heroes, and Ever Oasis.