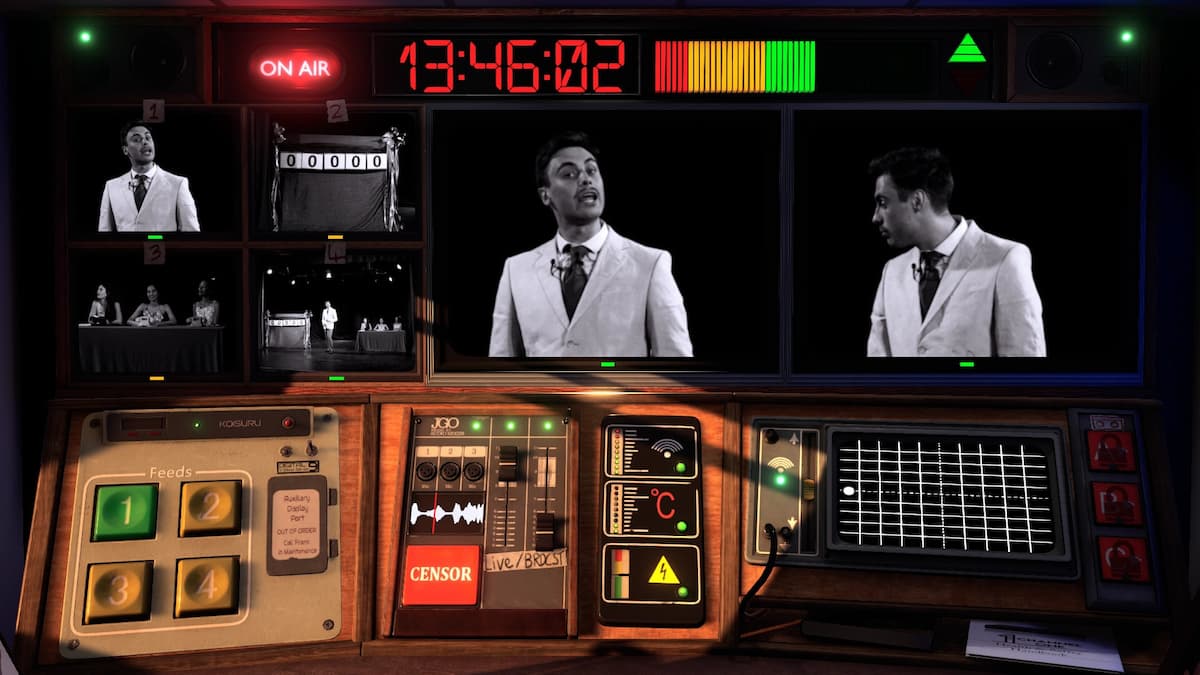 It’s no secret that the past month and the upcoming four weeks are a bit of a quiet time for new releases. While we’ve had the odd hit like Stray and Live a Live dropping, it’s far from the busy months of October and November where it feels like we’re drowning in games from AAA developers and the odd indie gem makes some waves.

Fear not, though, as we’re here to help keep you playing while you await God of War Ragnarok, CoD MWII and all those other anticipated titles coming from September onwards. Here’s 10 underrated 2022 games to get you through the Summer gaming drought.

FAR: Changing Tides sailed its way onto all major platforms in March, tasking players with discovering the wonders of a flooded world as they fueled their ship, caught the wind with their sails, and navigated various puzzles as they moved their ship from left-to-right across the screen.

It’s very simple gameplay, but there’s something oddly charming, calming and relaxing about the whole thing. There’s no enemies to take care of, unless you consider pesky walls and obstacles that get in your way to be your opponents, but as you watch your ship gather speed as you adjust your sails just right, and let the soothing soundtrack carry you away, it’s easy to forget about all of the stresses of everyday life… or just that game of Warzone that went horribly wrong.

Citizen Sleeper has been getting a lot of love for its text-based, choice-driven gameplay, but even then it feels like it’s still underrated given the quality of the experience on offer.

You step into the shoes of an escaped worker who finds themselves on a lawless space station at the edge of an interstellar society. From there on out, it’s down to you to survive and thrive in this futuristic, desolate world.

How you go about that it is entirely up to you. Will you work yourself to the bone, hang out in the yard, make or break alliances, or focus on doing nothing more than surviving a very simple, often depressing life? Citizen Sleeper’s writing truly elevates a fairly simplistic experience, but it’s one of the finest examples of worldbuilding you’ll come across, painting a stunning picture in your mind of the perils your character faces.

With branching narratives, a basic but beautiful visual style and an incredible soundtrack, Citizen Sleeper is an easy recommendation for anyone who’s not yet played it. The whole thing comes in at around 6-8 hours for a playthrough, and it’s on Game Pass, meaning you won’t have to spend a penny if you’ve already got a subscription.

Despite critical acclaim, Rogue Legacy 2 didn’t seem to do itself any favors when it somewhat shadow dropped at the end of April. The sequel to the 2013 classic, Rogue Legacy 2 is a roguelike platformer where every time you die, you’ll take on a new character with their own unique traits and abilities.

These aren’t always beneficial, though. For example, the Algesia trait removes the brief invincibility window a character normally has after taking damage, and the Colorblind trait removes color from the screen entirely. They’re very clever twists and takes on the gameplay that help to keep the experience fresh, but all the more painful when a God-tier build eventually dies.

With punishing, platforming gameplay, bigger and more innovative level design over its predecessor, and a charming art style, Rogue Legacy 2 is the best kind of sequel, and we suspect not enough of you have experienced what could be one of the sleeper hits of 2022.

Elex II wasn’t too positively received by critics when it released back in March. Panned for its iffy combat and often incohorent dialog, it’s understandable why Piranha Bytes‘ latest might not be for everyone. But for those looking for what feels like a next step in open world exploration, then this might be worth checking out.

Elex II’s strengths are its genuinely interesting open-world, filled with interesting things to see and, admittedly, some generic quests to take on. All of this is made all the more compelling, however, through the use of exploring the world with a jetpack, which makes the whole experience that little bit more freeing.

Again, though, the game had some pretty hefty performance issues, its combat is clunky, and the quests can feel a little hit-or-miss. If you’re willing to take a chance, or you just enjoy the titles Piranha Games has delivered in the past, then this might be something to help you pass a few days at the very least.

Not For Broadcast is a truly unique video game. It puts you behind the controls of the National Nightly News during a time where a radical government has come to power. You’re expected — and demanded — to censor any sort of freedom-of-speech against the government to turn the TV station into a propaganda machine, but whether you choose to follow the rules is entirely up to you.

Each broadcast is done with live actors, which really elevates the writing and makes its satirical script sing. Your choices feel as though they matter and there are multiple endings on offer depending on how much you side with your oppressive overlords.

Seriously, if you’ve yet to play this and are looking for unique experiences, this is absolutely one for you.

If that unique angle tickles your pickle, then Strange Horticulture may be another one for you. You’re the owner of a local plant store, and spend your days identifying and collecting the various plants of the world. Customers will come in looking for advice on the best flora to win someone over, or as cure to an ailment they or a loved one is suffering from. Others just want to pet your little black cat and have a natter, as you do.

As the story progresses, you’ll slowly find yourself embroiled in the dark secrets and mysteries of Undermere; the opportunity to join a cult arrives, or you may become the agony aunt of a coven. There’s a detective tinge to the narrative which works surprisingly well as someone who hears bit and pieces from various people, listening intently as the actions of separate parties intertwine and the repercussions retorted back to you.

If you enjoy games where there’s more to it than it seems, Strange Horticulture is worth checking out. Once you pick it up, it’s incredibly difficult to put down.

Okay, okay, The Stanley Parable may have released way back when, but the Ultra Deluxe Edition packs in enough new content to make it justifiable to wax lyrical about it again.

The Ultra Deluxe Edition adds in even more of the satirical, fourth-wall-breaking, narrative-driven brilliance that made the original game so iconic. There are more choices to make, new secrets to uncover, and a plethora more ‘endings’ and bits to explore and chortle away at.

With Kevin Brighting’s voice guiding you through — and being responsible for aforementioned chortling — the labyrinthine surroundings of Stanley and narrating the antics, The Stanley Parable: Ultra Deluxe Edition remains one of the very finest decision-based, narrative-driven experiences out there.

If you’ve yet to play it, don’t look up anything else about it. Go in blind and let the chaos of the game wash over you like a hilariously, convoluted wave.

Like anime? Like speedrunning? Like Mirror’s Edge-esque parkour gameplay with a card-based weapons system, of which each weapon has its own very specific ability other than being able to go pew pew? “Why that’s an awfully specific thing to ask,” I hear you say. I ask this, because doing so is a suitably eccentric entry in this list for a game like Neon White. The entry that it deserves.

Basically, everything I asked you liked above is present in Neon White, blending the anime-style narrative, with fast-paced, parkour gameplay all wrapped up in a speedrunning wrapper. Each level is no longer than a couple of minutes, and that’s what makes it so great for the Switch or Steam Deck. Load it up on a commute and try and shave precious milliseconds off your time, set a new record on the online leaderboard and commence gloating at an unfathomable level over all of your slow coach mates.

Neon White did indeed get quite a lot of love when it dropped, but it’s difficult to put into terms just how compelling the gameplay is if you’ve yet to give it a go. Seriously, just give it a try and you’ll fall down the deep rabbit hole of speedruns and anime!

Weird West puts players in the shoes of multiple characters in a Wild West setting, whose fates are intertwined in an alternate rendition of the iconic time period where fantastical creatures roam the land and are forever a threat.

What really makes Weird West stand out is the sheer freedom in which you’re given to approach any given situation. Each journey can be made wholly unique to you, just through the actions you take, and the way that these decisions impact the story makes for a highly replayable experience.

But most importantly, Weird West’s worldbuilding is just fantastic and makes simply existing in the world a sheer joy to experience. It’s also on Xbox Game Pass, so if you’re not a fan, you won’t have spent any of your hard-earned cash.

It was criticized at launch for being fairly unpolished, with performance issues hindering the overall experience. But a few patches later, things are starting to look a little better.

Any excuse I can take to implore people to play Tunic, I will. One of my favorite games to release in 2022, there’s so much more to Tunic than you’ll likely ever realize, unless you’ve been keeping up on the community’s efforts to solve its most complex and hidden ‘secret.’

But even if you just play through the main story of Tunic, there’s a fantastic experience to be had. The gameplay is simple enough to get to grips with, but has enough nuance as you progress and explore its world that it keeps you hooked. It’s challenging, but never feels out-of-reach. Its most unique feature comes from you collecting the pages of its in-game instruction manual to learn more about the secrets of the world and get clues on where to go or what to do next.

It’s all wrapped up in a charming visual style and a magical soundtrack that makes for one of the most beautifully-crafted experiences I’ve had the pleasure of playing through so far this year.

Oh, and yes, you guessed it. It’s also on Game Pass, so you’ve got no real reason not to give it a try.