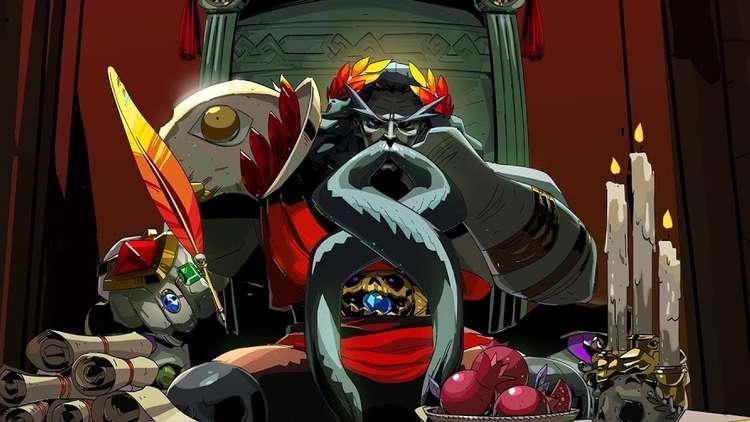 The roguelite genre isn’t particularly known for deep storytelling or a strong focus on narrative. Roguelite games are often just a cycle of life and death, repeating dungeon runs with different weapons and abilities as you try to get to the end of the game, and having to start all the way from the beginning each time you die. Sometimes you get permanent unlocks that carry over to your next run, most times you just start over with nothing. Rinse and repeat.

Hades is a new action roguelite game from Supergiant Games, a studio with a penchant for storytelling and compelling characters and narratives. And turns out if you mix the studio’s narrative talent with a genre that doesn’t always lend itself well to compelling storytelling, you get Hades: a game that’s somehow surpassed all expectations of what a roguelite could be, and pushes the genre forward in a meaningful manner.

Just in case the name didn’t already give it away, Hades’ world is steeped in Greek mythology. You play as Zagreus, the wry prince of the Underworld, son of Hades. He’s tired of living under his father’s oppressive rule, and he seeks to escape the Underworld to reach the surface and see what else awaits him out there.

Naturally, his father and his minions aren’t too happy about this, and they’ll stop at nothing to kill Zagreus and send him flying back to the game’s starting point.

Thankfully, though, Zagreus’ got other relatives who are more than happy to lend him bits of their power to make his journey to the surface a little easier, and this is where the roguelite elements come into play.

From Athena to Zeus, there are tons of gods and familiar faces from Greek mythology available to lend you their aid. Artemis the hunter specializes in dealing critical damage, while Dionysus, the god of pleasure and hedonism adds a Hangover effect to your attacks.

And yeah, Hangover causes your enemies to become dazed and confused for a few seconds, giving you an opening to knock ’em dead before they sober up.

The gods are all just oozing with personality, too. Dionysus, in particular, is a personal favorite of mine. His artwork and voice work are just perfection; he’s a gorgeous, long-haired Adonis with a wine glass in one hand, a lazy glint in his eyes, and he casually laughs at you while talking about how much fun he’s having partying up on the surface.

Look, getting random Boons and abilities to enhance your abilities in a roguelite game was already fun enough, but Hades just adds so much flavor to that simple act of getting a Boon and makes the whole process even more enjoyable.

While the game does only feature six weapons at the time of writing, the various Boons more than make up for that and help to add a lot of variety to the gameplay.

You can enhance your regular and special attacks with a chain lightning effect from Zeus, and enhance your dash with a deflection effect, or your Cast ability with a slow-moving Blade Rift that decimates everything in its path.

Then there are the Duo Boons, which are rare, powered up abilities that you have a chance of getting after unlocking a certain combination of Boons from two different gods.

And then there are the Keepsakes, the companions, the Weapon Aspects… you get the idea. Despite my initial disappointment with the low number of weapons, I quickly got over that when I realized just how many different unique build combinations you could get with all of the different variables and skills available in Hades.

Once you beat the game for the first time, subsequent runs can be made even tougher with debuffs for Zagreus in exchange for greater rewards. There are weapon upgrades to unlock, NPCs to romance (we’ll get to that in a bit), more items and abilities to grind for, and lore to uncover.

In fact, the only drawback to Hades as a roguelite game is that there’s definitely a lack of variety in the chambers that you go through. Every room kinda feels samey after a while, and while the different biomes all have their own gimmicks and distinct themes, the rooms themselves in each area all kinda blend together.

I can’t help but draw a quick comparison to Dead Cells, the other fantastic action roguelite game that’s also on Switch, which thrived by giving you a choice of which biome you wanted to try your luck in as you progressed.

Biome progression in Hades is linear, and while that’s not necessarily a bad thing in and of itself, your runs do start to feel a bit too familiar after a few hours with the game.

But then again, not to spoil any of the surprises that Hades has in store for you, the game always manages to keep things feeling a little fresh by introducing surprise encounters and little changes in familiar areas to keep you on your toes.

Where the game really shines is in its story and ability to make you not feel like total crap when you inevitably die and are forced to start from the beginning.

In Hades, you’re rewarded with more story content when you die. Each time you return to the House of Hades, you get to speak with the various NPCs just hanging around there and they’ll usually have something to say about your most recent death, and offer you a snarky remark or two.

You can also talk to your dad, get berated by him, and hear Zagreus chirp back with a lightly rebellious tinge in his voice.

Zag’s chemistry with all of these characters is just great. As you do more runs, you can pick up jars of Nectar, which can then be presented to NPCs as gifts to improve your relationship with them and receive helpful Keepsakes in return, which are items that give you permanent bonuses and benefits during a run.

Getting closer to a character has various benefits, including learning more about their backstory and potentially romancing them towards the end of a game.

I never knew I needed romantic dating sim elements in my roguelites until I played Hades, and now I can’t get enough of them.

I thoroughly enjoyed watching Zag and the tsundere Megaera be totally cold and awkward with each other, but slowly warm up as Meg begins to let her guard down. The interactions between characters are always a joy to watch, thanks in no small part to the truly wonderful and immersive voice work by the cast.

Whenever I wasn’t playing Hades, I was thinking about playing more Hades. This game has so much charisma that you can’t help but go back for more, and even when you die, you don’t mind it that much since you know you’ll be rewarded with more precious character dialogue and story progression.

Hades feels like a small, but masterful step forward for the roguelite genre as a whole. Maybe there really is no escape from the Underworld, but that’s just fine by me; this is a cycle I don’t want to end.