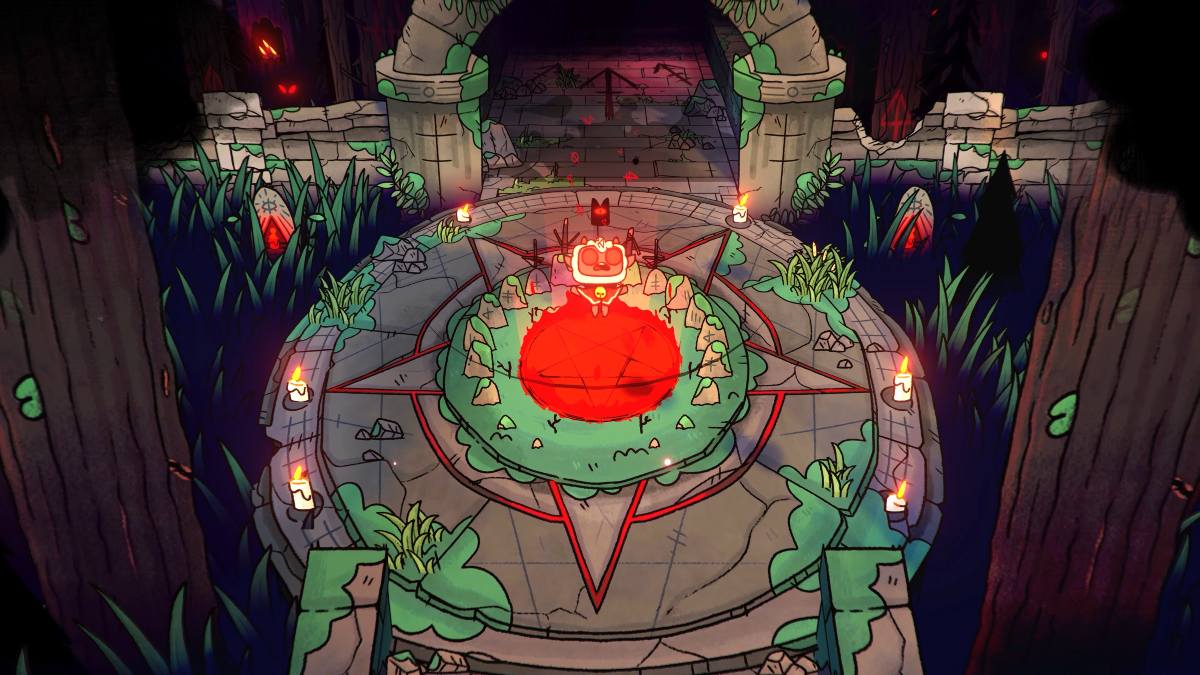 Today, Devolver Digital revealed some exciting news to members of its flock and non-believers alike, as it was revealed that over 1 million people have already played Cult of the Lamb. Developed by Massive Monster, this roguelike, farm sim was released last week to critical acclaim.

Twinfinite was one of the many that loved the game, as we were brainwashed into giving it a 5/5 in our official review. You can check out the official press release, as well as an accolades trailer, regarding Cult of the Lamb’s success right down below.

O Lamb, glorious and majestic, euphoric are we, your 1 million faithful, to bask in the word of The One Who Waits.

Charismatic developer Massive Monster and their faithful followers at Devolver Digital are overjoyed to announce that Cult of the Lamb’s unholy congregation has swelled, with over 1 million followers converted in its first week of sale.

Critical acclaim preceded Cult of the Lamb’s arrival, the likes of which burns positive sentiment into the annals of video game history, but Lo, the faithful community hath spoken of struggles – bugs and all manner of fiendish things that must be eliminated.

A heartfelt thank you to everyone who has become a believer over these last seven days. The team is excited about what the future holds and will soon share a content roadmap for updates in honor of The One Who Waits.

The developers also noted that they are always looking for feedback regarding improvements that can be made for Cult of the Lamb, as they’re actively engaging with their community to prep and implement quality of life fixes. Anyone who wants to provide feedback can do so via the public confession booth.