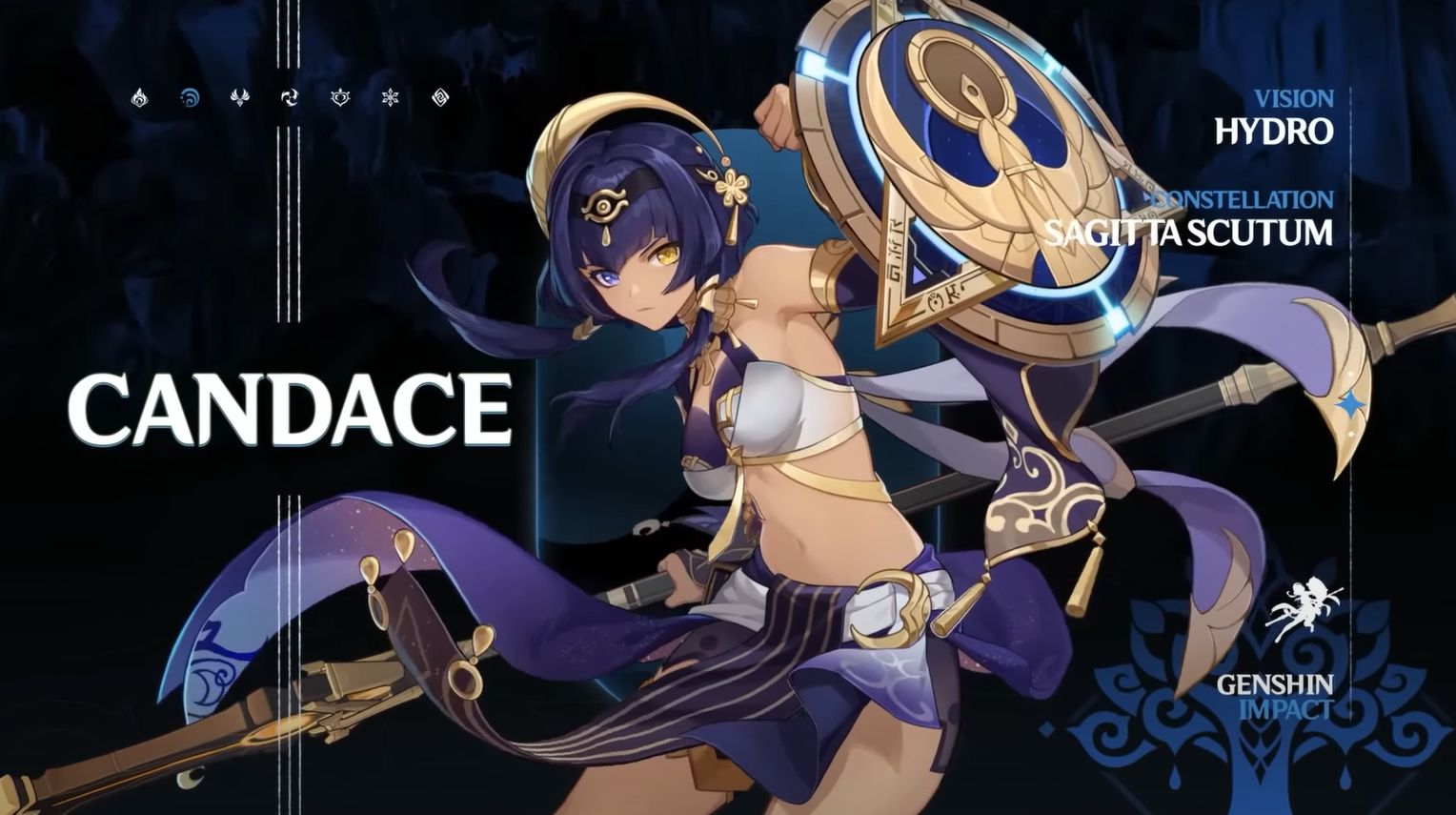 Following the release of version 3.1 of its popular action RPG Genshin Impact, HyoVerse launched an extensive trailer dedicated to Candace.

The new character is showcased in-depth, with an extensive analysis of her gameplay, unlike her previous trailer which was a bit more of a tease.

Incidentally, Candace is voiced in English by Shara Kirby, while her Japanese voice is Ryoka Yuzuki, known for roles like Satsuki Kiryūin in Kill la Kill and Tsuyu in Inuyasha.

“Located on the edge of the Great Red Sand, Aaru Village is the last bastion of King Deshret’s descendants. Though the legend may fade, the village’s guardians will endure from generation to generation, protecting the descendants of the ancient kingdom.”