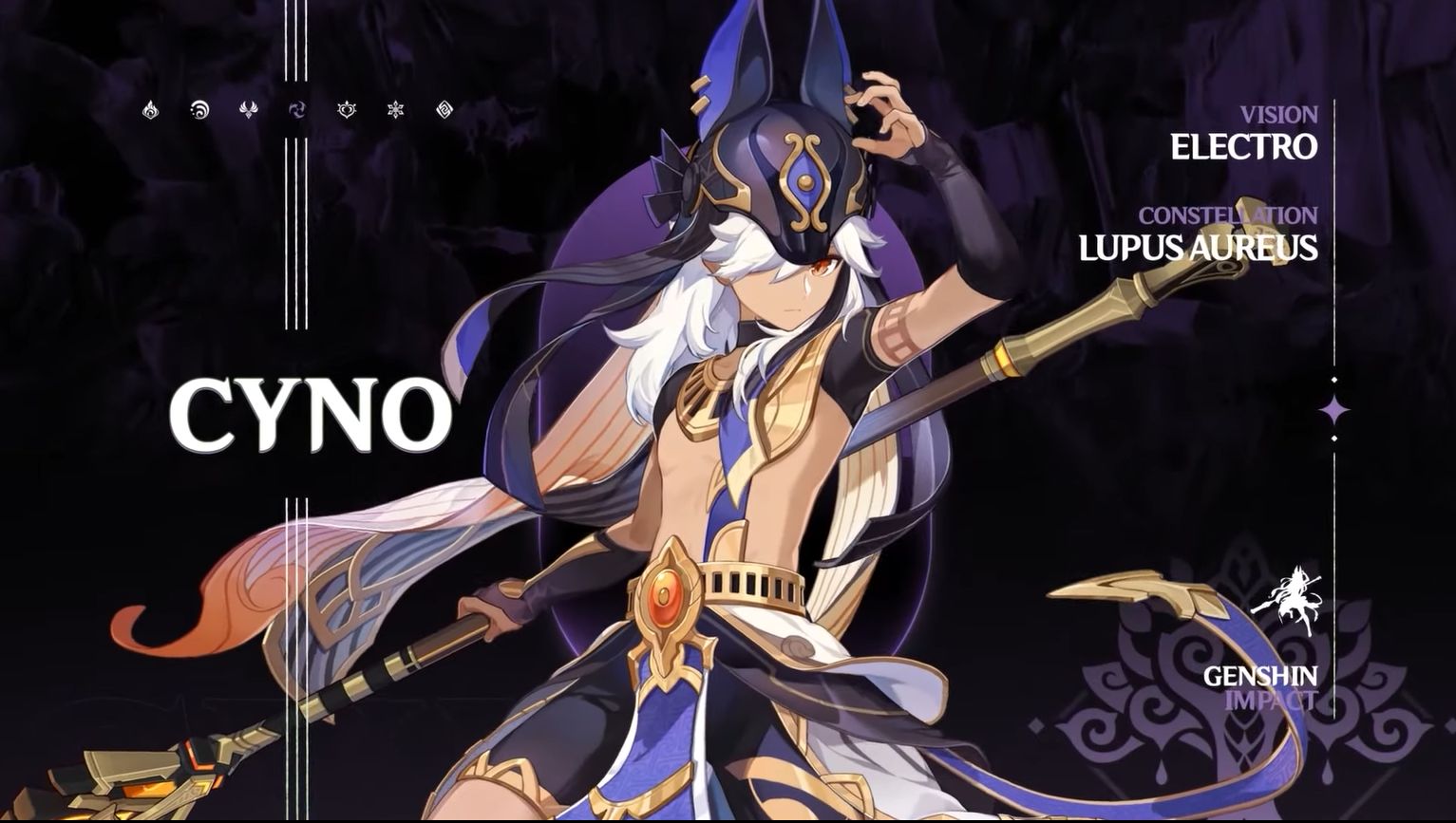 The new version comes with a new area and new characters, including Cyno, who got a new and extensive trailer Unlike the brief introduction we saw a few days ago and the trailer that hinted at Cyno’s battle powers, this time around we go into his gameplay in-depth, with a demonstration of what he can do.

Incidentally, Cyno is voiced in English by Alejandro Saab. while the Japanese voice Miyu Irino may sound more familiar since he voiced Sora in the Kingdom Hearts series among many more roles.

“Whether it’s the blazing sands, deep caves, wicked torrents, or steep cliffs… The General Mahamatra’s footprints are everywhere. Because when it comes to doing his job, Cyno’s persistence is as terrifying as his sense of humor.”