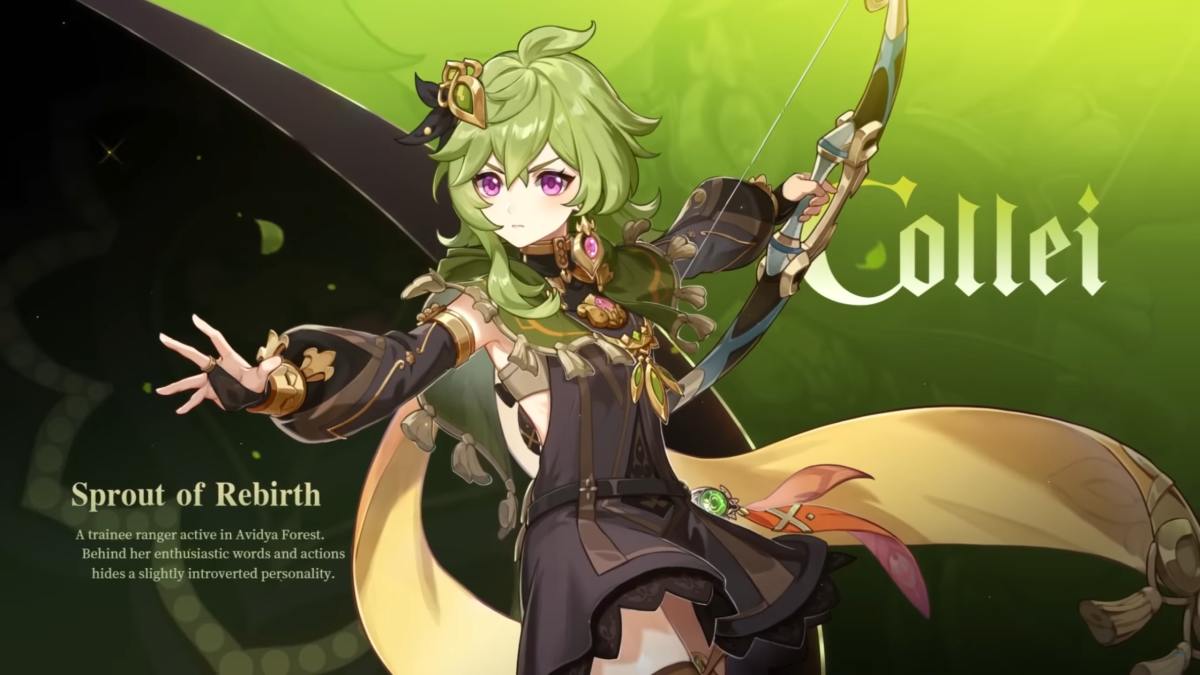 Tighnari is a ranger trainee wielding a bow and the power of the new Dendro element. She’s voiced by Ryoko Maekawa in Japanese and Christina Costello in English

We hey both a brief animated introduction of the character and a look at her gameplay.

She will be released on August 24 alongside the new version 3.0 and Tighnari.

You can check her trailers out below both in English and Japanese, so you can pick the voice-over you prefer.

“If there hadn’t been a written test, Collei would have gotten a good grade on her wilderness survival exam. It’s not just about protecting yourself, helping others is what counts.”