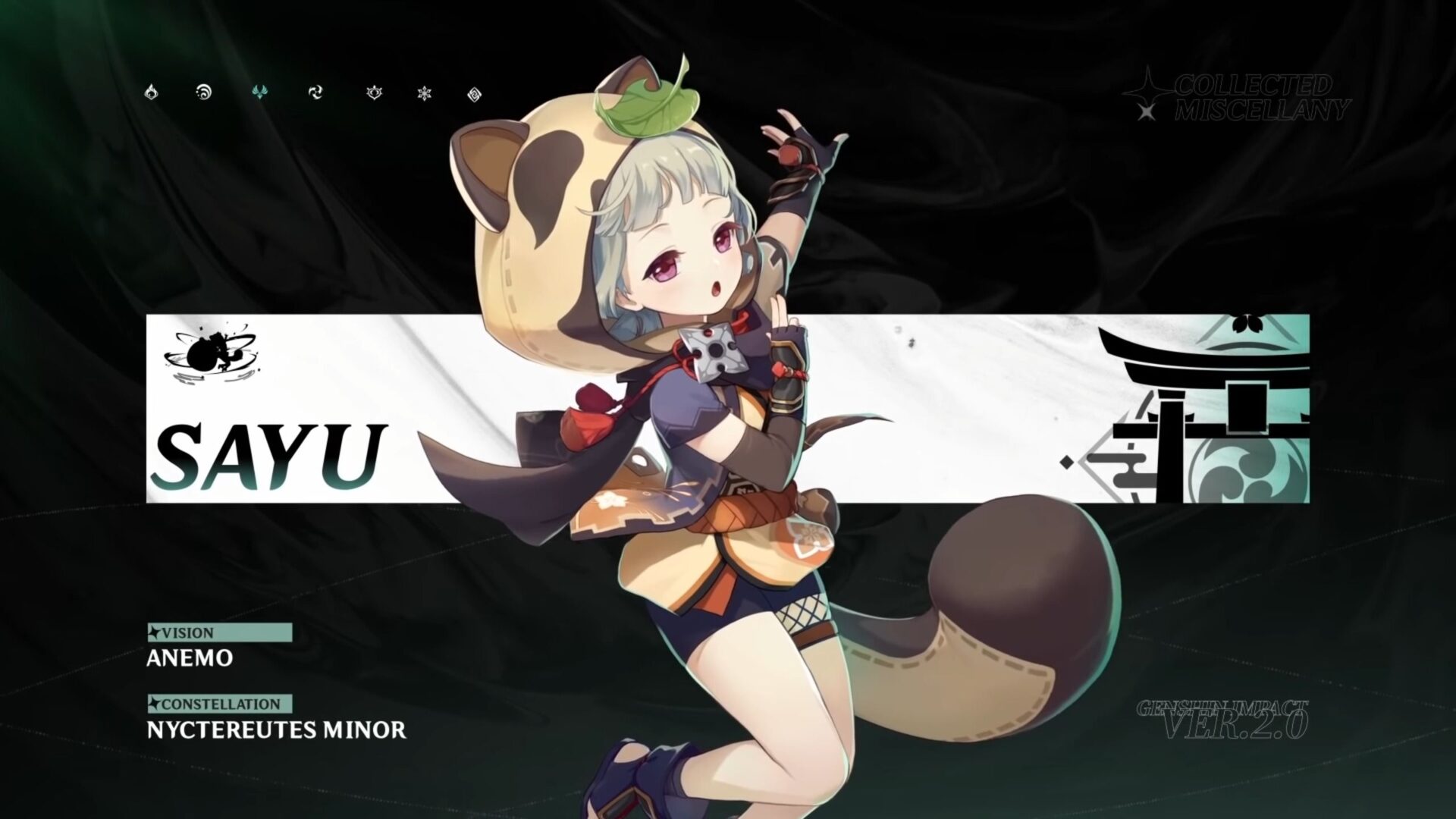 Following the release of version 2.0 of Genshin Impact and its new region, Inazuma, MiHoYo launched a new trailer introducing one of the new characters recently made available.

We get a new look at Sayu. This time around, we get a detailed intro to her gameplay, unlike her first trailer.

Incidentally, dear MiHoYo, a “claymore” definitely isn’t what you think it is.

Weapons aside, you can check her out below.

“Eating high-carb foods and doing work that uses the least energy is the principle that little ninja Sayu lives by.

Sayu thinks it would be great if this could actually help her grow taller.”

If you want to see more of Genshin Impact, we recently interviewed MiHoYo about the game’s platforms, inspiration, and more. You can also read our review and watch the trailers dedicated to Kamisato Ayaka and one dedicated to Yoimiya.