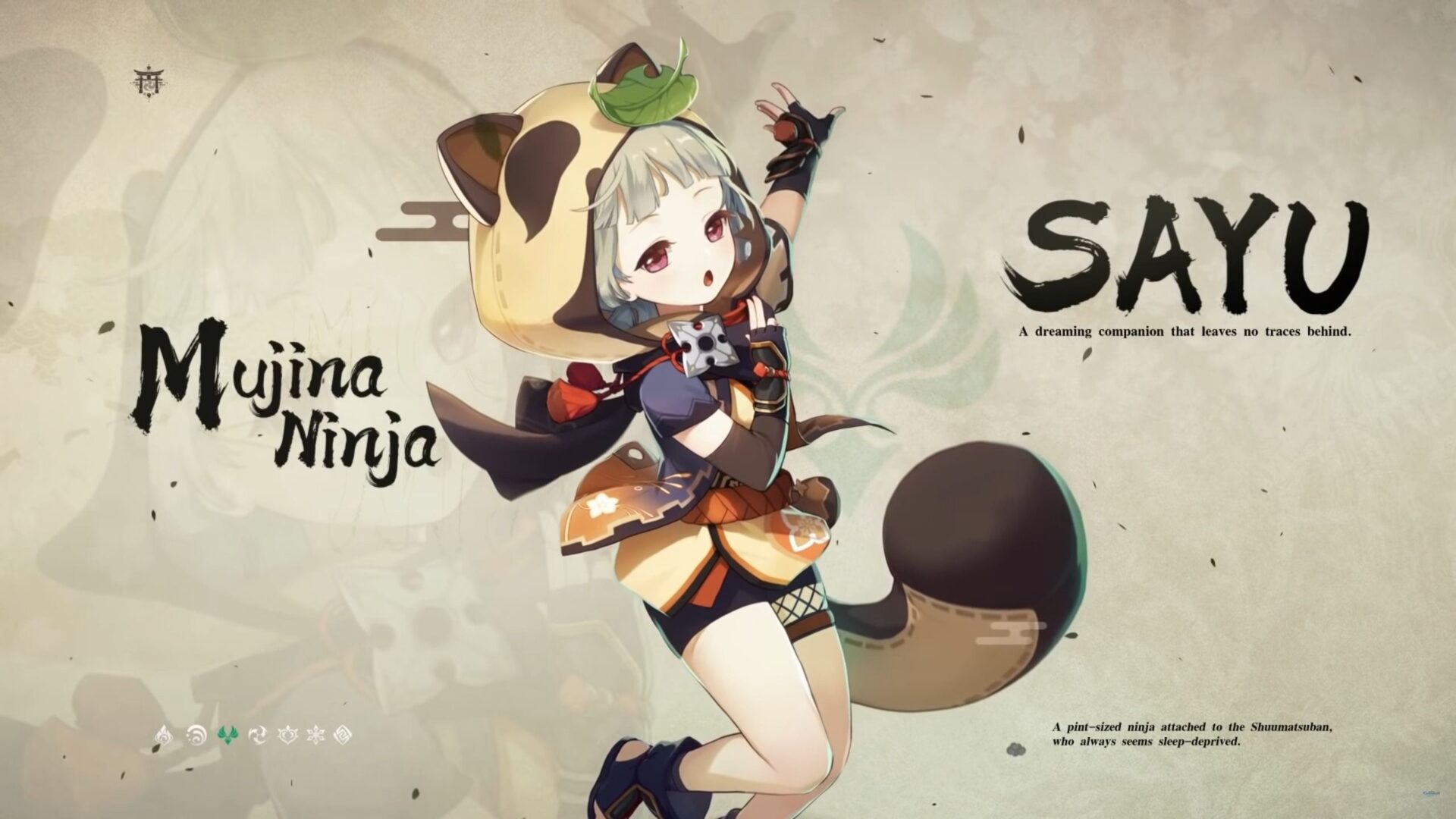 Following the launch of version 2.0 of Genshin Impact and its new region, Inazuma, Mihoyo released a new trailer introducing one of its new characters.

We get the introduction to Sayu, the “pint-sized ninja.” She will be available via the game’s gacha soon, on August 10.

“Sayu doesn’t know what’s worse… Being mistaken for a tanuki or not being able to take a nap. So… Sayu decided, why not deal with both at the same time? Fall asleep and then drive out those annoying tanukis in her dreams!”

But they never realize that the figure gleaming like a golden spark was right in front of them all along.”

If you want to see more of Genshin Impact, we recently interviewed MiHoYo about the game’s platforms, inspiration, and more. You can also read our review, watch the trailers dedicated to Kamisato Ayaka, and the video introducing Yoimiya.