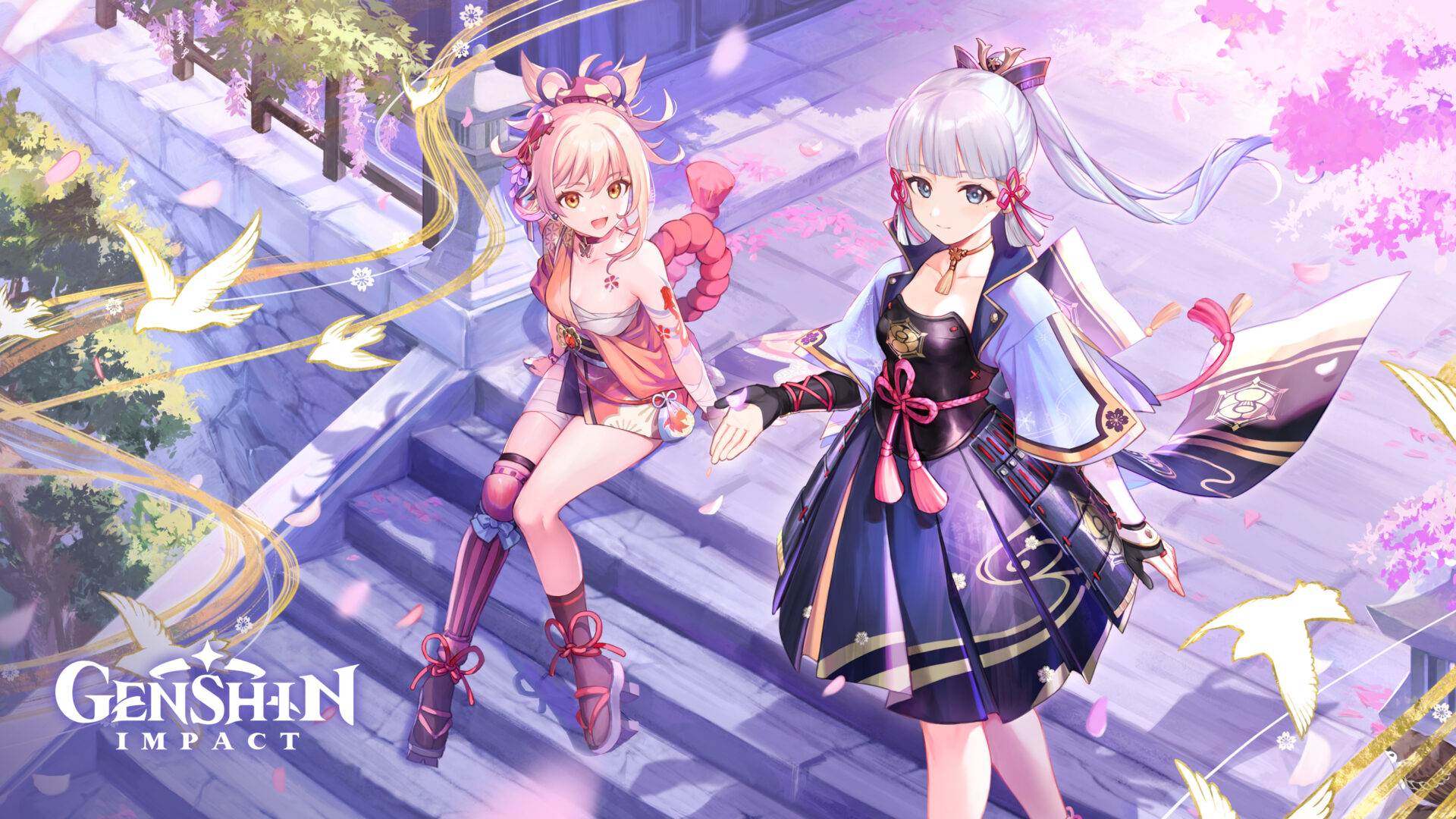 Today MiHoYo revealed the next update for its popular online RPG Genshin Impact, and it’s going to be a major one, jumping to version 2.0.

The update is titled “The Immovable God and the Eternal Euthymia” and it will bring us to Inazuma, a brand new region with an Eastern feel to it.

The update to Genshin Impact will launch on July 21, 2021, for PS5, PS4, PC, iOS, and Android. It will also bring new characters, cross-save among platforms, haptic feedback on PS5, and improved character shading.

Lots more await Genshin Impact’s travelers in Inazuma, and you can check out a full description of the update below, directly from the press release.

“Starting from Version 2.0, players can explore Inazuma, as well as Mondstadt and Liyue Harbor, two of the seven major cities in Teyvat, each with unique cultures, stories, and vast surrounding landscapes, and offering a diverse array of creatures, monsters, secrets, and hidden treasures for players to discover. Further regions, stories, characters, and seasonal events will be released as the game progresses.

Unlike Mondstadt and Liyue, Inazuma is surrounded by the sea on all sides and consists of six main islands, often accompanied by a strong sea breeze and thunderstorms. Although Inazuma is greatly affected by fleeting lightning and the Electro element, the Electro Archon who rules the area has turned to the pursuit of eternity. Throughout the adventure in Inazuma, players will be able to explore the unique cultural landscapes, stories, secrets, and historical connections to Inazuma and the Electro Archon on each of the different islands, as well as the answers to eternity from the Electro Archon herself.

Among the various new characters of Inazuma, Version 2.0 will introduce three of them as new playable characters. Kamisato Ayaka, the daughter of the Yashiro Commission’s Kamisato Clan, is often conceived as dignified, elegant, wise, and strong by the locals. She has been familiar to many fans and players since closed beta testing, and will be added as a five-star Cryo sword user. Yoimiya is the other five-star character joining in Version 2.0. She’s a Pyro archer and an expert in fireworks. Known as the “Queen of the Summer Festival,” Yoimiya excels in her craft of creating fireworks that symbolize people’s hopes and dreams. The last character, Sayu is a new four-star ninja character who wields an Anemo Vision and a giant claymore bigger than herself.

New Boss Enemies and precious loot also await players in Inazuma. In Version 2.0, the Hypostasis family will see a new Pyro member joining – the Pyro Hypostasis. Another new boss, the Perpetual Mechanical Array which seems to have some kind of connection with the Ruin Guards in Mondstadt and Liyue will also appear in Inazuma. After its debut in Version 1.6, Maguu Kenki will also be found as a World Boss and a source for Character Level-Up Materials in Inazuma.

The Version 2.0 update will also include more new features to enhance player experience, including the long-awaited cross-save function across PlayStation, PC, and mobile. Meanwhile, more refined character shading, Haptic Feedback support for the PlayStation5 DualSense Controller, and more feature optimizations will be added to the game to deliver a richer visual and tactile experience to players.”