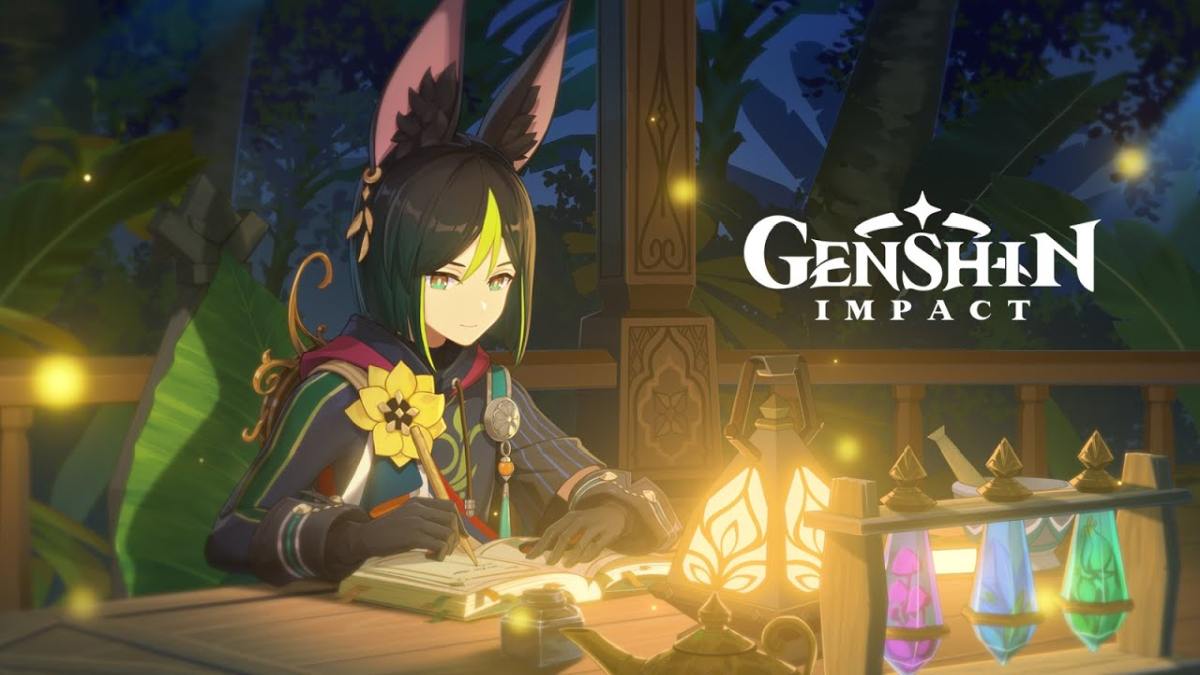 Tighnari is a ranger wielding a bow and the power of the new Dendro element. He’s voiced by Sanae Kobayashi (who voiced Kat in the Gravity Rush series) in Japanese and Elliot Gindi in English.

This is just a brief introduction of the character, and we’re bound to see more of his gameplay in further trailers over the next few days.

He will be released on August 24 alongside the new version 3.0.

You can check him out below both in English and Japanese, so you can pick the voice-over you prefer.

“Due to his particularly well-developed sense of hearing, Tighnari rarely goes to the bustling Sumeru City. For this reason, he turned down many invitations from the city. However, when the invitation comes from his mentor, it is important to respond earnestly and sincerely.”