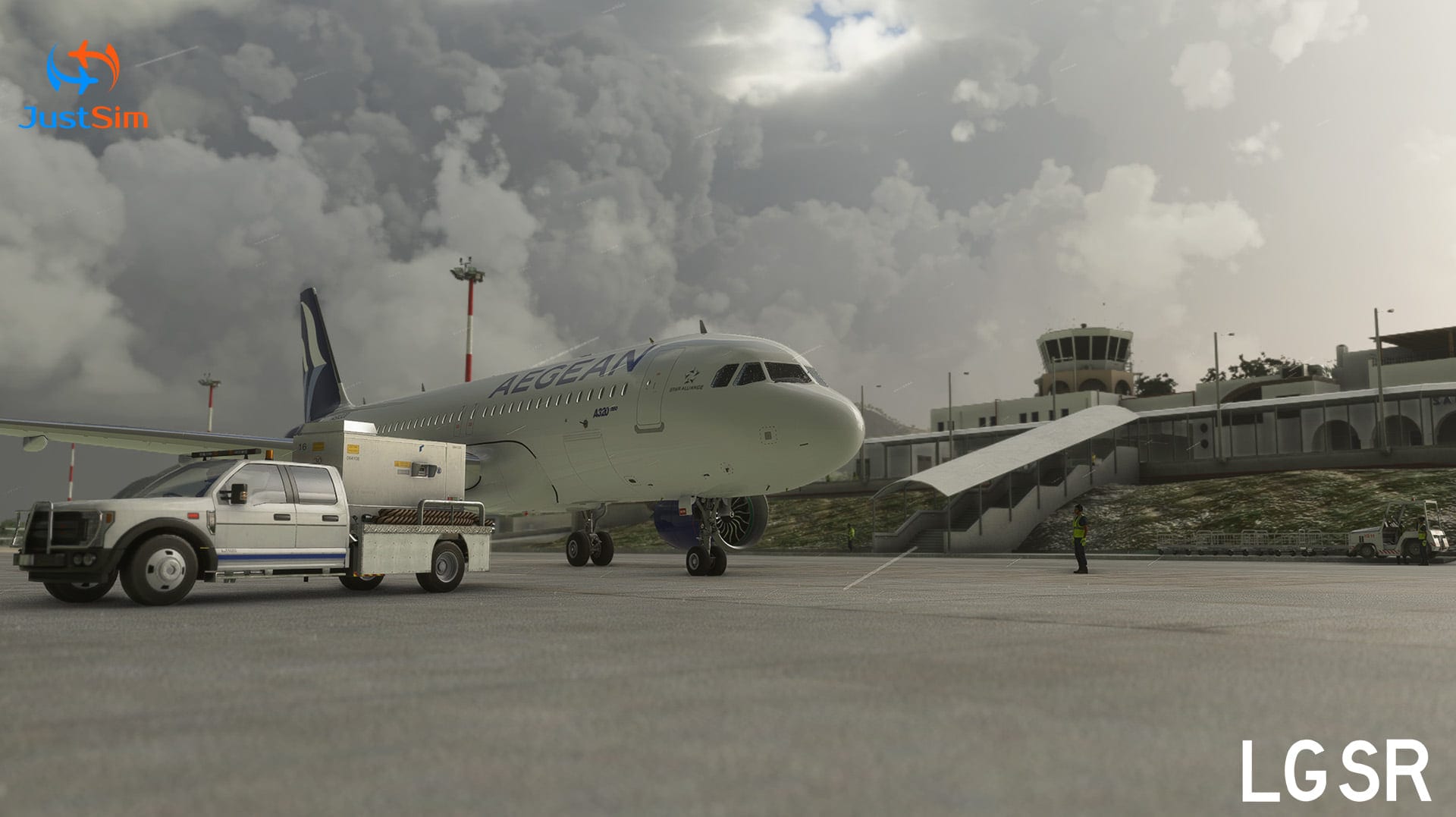 The airport is mixed-use between civilian and military, and it’s a relevant destination for many airlines bringing tourists to the Cyclades islands in the summer, meaning that, besides regular flights to and from Athens, most of its traffic is seasonal.

You can find it on SimMarket for approximately $21 + applicable VAT.

Below you can see a gallery of screenshots and an official description from the developers.

“Santorini (Thira) International Airport is an airport in Santorini/Thira, Greece (IATA: JTR, ICAO: LGSR), located north of the village of Kamari. The airport serves both as a military and as a civil airport. With its relatively small apron, as of 2018 the airport is only able to serve up to 6 civilian planes at the same time. Santorini is one of the few Cyclades Islands with a major airport.

The airport is located about 6 km southeast of the centre of the city of Thira. The main asphalt runway (16L-34R) is 6972 feet/2125m in length. The parallel taxiway was built to runway specification and is labeled 16R-34L. The airfield can accommodate medium sized jets like the Boeing 757, Boeing 737 and Airbus 320 series as well as smaller aircraft such as the Avro RJ, Fokker 70, and ATR 72. Scheduled airlines include Ryanair, Olympic Air and Aegean Airlines, with seasonal scheduled and charter flights from other airlines during the higher seasons in spring, summer and Autumn. Transportation to and from the air terminal is through buses, taxis, hotel car-pickups and hire cars.”