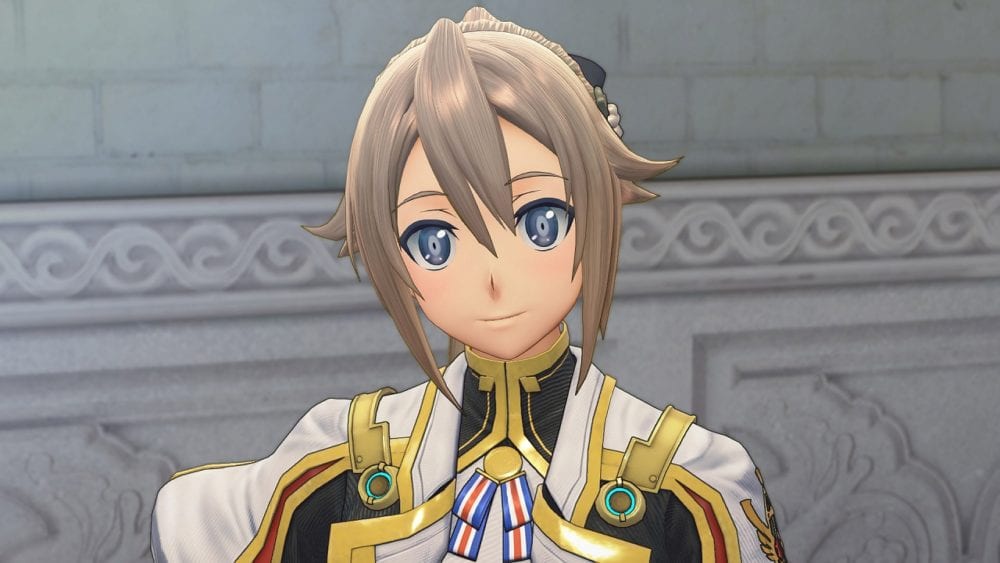 Once more we get to see two new pages [Sources 1, 2] of artwork from the 72-page artbook that will be included in the limited edition of the game in Japan.

The first page shows the character design art for Lancelot from the London Revenue.

The original design was created by BunBun, known for his work on Sword Art Online and Yuuki Yuuna wa Yuusha de Aru.

We also get to see her “Bridven” mecha designed by Mika Akitaka, well-known for the mecha design of Gundam ZZ, Gundam 0083: Stardust Memory, Martian Successor Nadesico, and Galaxy Fraulein Yuna.

The second page shows the Floral Revue’s very own fangirl and Itsuki Saijo and the local confectionery store clerk Hiromi Hongo. They were designed by Noizi Ito, whom you may know for her work on the Shakugan no Shana and Haruhi Suzumiya novel series.

Both pages also showcase the work of Masashi Kudo, who converted the original art into its final in-game look. He performed the same task for the Bleach anime series.

It’s doubtless that for this game Sega gathered an art team full of stars, including Bleach creator Tite Kubo.