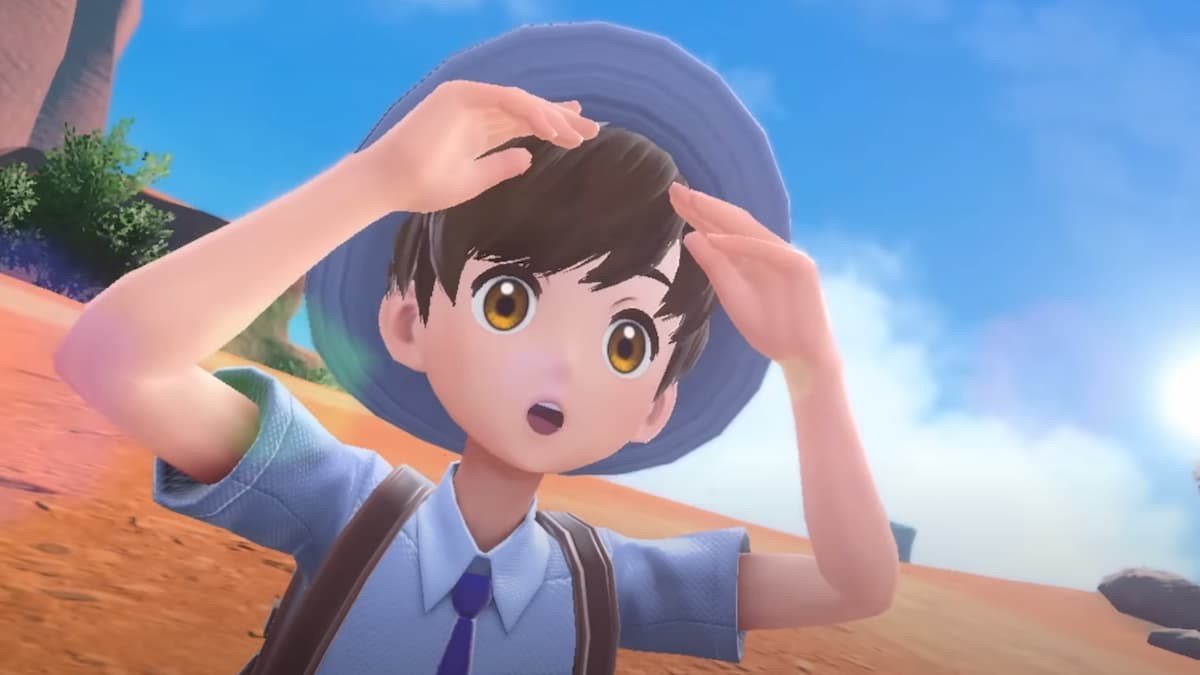 The Paldea region features many locations throughout the land, including shops, enemy bases, and Pokemon Centers. Each destination has its own distinct icon on the map that can guide you to specific areas. So, if you’re wondering what these symbols mean, we’ll explain all the map icons in Pokemon Scarlet and Violet.

To fully understand the map icons of Pokemon Scarlet and Violet, we’ll break down each symbol in the Paldea region:

The Pokemon Center is one of the most beneficial locations in Pokemon Scarlet and Violet due to its inventory of valuable resources and transportation system. With this establishment, you’ll be able to heal Pokemon, exchange items, and craft Technical Machines.

Players can press the Pokemon Center icon to fly to a specific destination. But, they must first travel to these places by foot (with Koraidon/Miraidon) to access this transportation feature. As a result, the icon will now have a wing next to it, as shown in the image above, indicating that this area is ready for use.

Like the Pokemon Center, players can utilize the Flying Taxi to travel to places like Poco Path Lighthouse, Glaseado’s Grasp, and East Province (Area Three) Watchtower. This map icon is an alternate transportation technique, which has previously been in other Pokemon games.

A star symbol on the Pokemon Scarlet and Violet map allows players to participate in Tera Raid Battles. These icons can vary based on the type of creatures, such as Water, Fire, and Grass-types. Once you initiate the fight, you can embark on this challenge with a group or go solo and earn rewards. Each showdown displays a star rating near the Pokemon symbol, specifying this mission’s difficulty level.

While exploring the Paldea region, you’ll encounter many Pokemon Outbreaks that involve hordes of creatures in one primary area. If there is a red symbol behind these icons, this indicates a mass Outbreak of Pokemon, where you can use Auto-Battle to take down this large group. Furthermore, this feature can help you locate a Shiny Pokemon or level up members within your party.

When players see an Outbreak with a question mark, they can go to these locations to capture a Pokemon that they have not encountered before:

The Gym Leader map symbol of Pokemon Scarlet and Violet displays a character icon with a red outline. You can battle these bosses to earn Gym Badges and progress further in the Victory Road storyline. If you want to know more about this aspect of the game, you can check out our best Gym order guide.

The Team Star character icon with a blue outline is a part of the Starfall Street path. In total, there are five bosses with different Pokemon types, including Fire, Fighting, Fairy, Dark, and Poison.

The Titans character icon with a green outline indicates the Path of Legends storyline, where you must defeat powerful Pokemon. After players eliminate a beast, they will receive a Herba Mystica, an ingredient that can upgrade Koraidon/Miraidon’s traveling abilities. To complete this storyline, you must knock out the Open Sky Titan, the False Dragon Titan, Stony Cliff Titan, Quaking Earth Titan, and the Lurking Steel Titan.

The boutiques of Pokemon Scarlet and Violet provide players with many accessories, such as Bags, Headwear, and Footwear. You’ll be able to customize your character with these items by exchanging Poke Dollars or LP.

Delibird Presents is one of the most crucial stores of the game since it has valuable items, like the Metal Coat, Silk Scarf, and the Mirror Herb. Other shops also share the same shopping bag icon, including Chansey Supply and Picnic-Knacks.

When you want to change your character’s haircut, you can go to city salons and select a new style for 3,000 Poke Dollars. In addition, you can check out our all hairstyles guide to see the entire collection.

Players can get Meal Powers by consuming dishes from restaurants and stalls. For example, you can eat Alfajores at Seabreeze Cafe to obtain Raid Power: Fighting Level 1, Catching Power: Steel Level 1, and Humungo Power: Dark Level 1. Or, you can purchase ingredients at supermarkets to make sandwiches.

Shrine map icons are one of the last unlockable waypoints of Pokemon Scarlet and Violet. These locations will show up after you’ve acquired all the magical stakes: blue, purple, yellow, and green. Once players collect these items, they can open the doorways to Legendary Pokemon.

So there you have it, these are all map icons of Pokemon Scarlet and Violet. For more content about the game, you can explore the relevant links below.