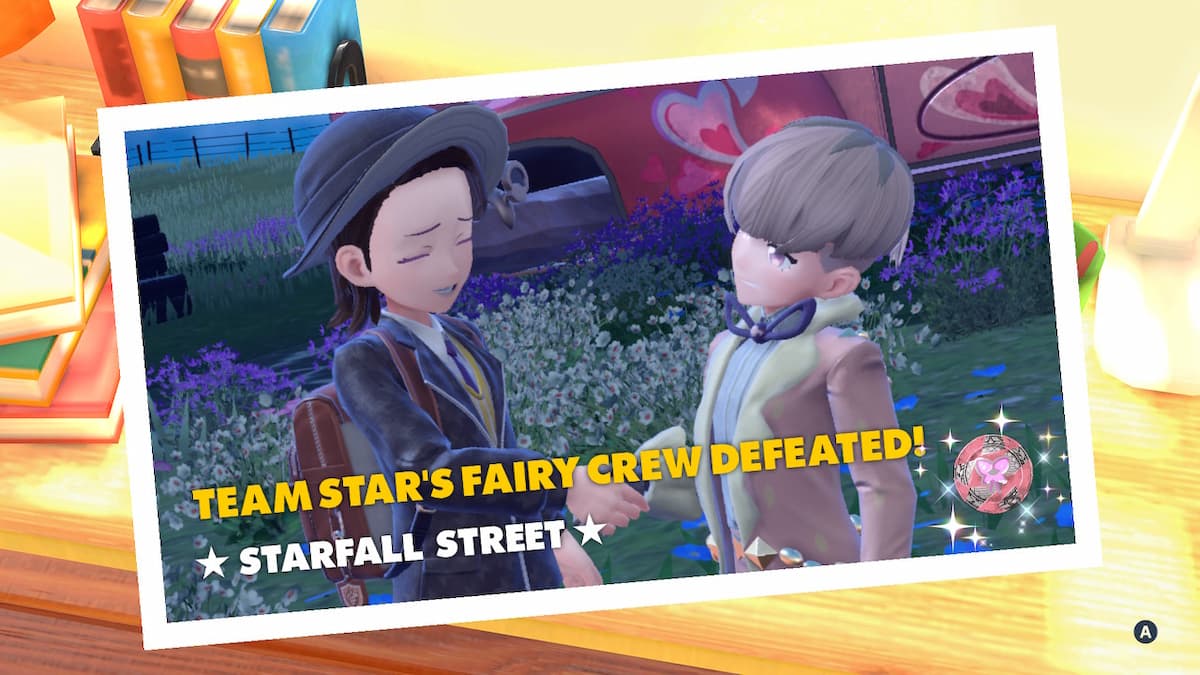 The Starfall Streets run deep throughout the Paldea region, and players will have to defeat five crews to help stop Operation Starfall. One of the final groups you’ll encounter is the Fairy Crew, led by Ortega, the youngest of the crew leaders. So in this guide, we’re going to break down how to beat the Team Star Fairy Crew in Pokemon Scarlet and Violet.

While finding Ortega and the rest of the Ruchbah Squad isn’t difficult for the player — North Province (Area Three), to be specific — chances are you’ll have to be a certain ways along in your journey to challenge them. But getting there, well, your best bet is to go through the Glaseado Mountain area. The screenshot above paints a clearer picture.

As you approach the gates, you’ll once again be interrupted by Clive, as has been custom. Following the interruption, things can really get started. And from here, we’ll take you on a step-by-step journey the rest of the way.

Once you defeat Ortega, they’ll reminisce about why they joined this team in the first place. And, keeping with Pokemon’s theme of being wholesome, Ortega and the trainer will part ways on a sweet note.

Trainers will also receive League Points (LP), some more crafting materials, and TM079, which is Dazzling Gleam. Depending on which order you’ve gone after these bases in, Team Fairy may be your last stop. If not, it’s likely that only the Fighting crew remain.

That’s everything you need to know about how to beat the Team Star Fairy Crew in Pokemon Scarlet and Violet. If you’re looking for more in-game tips, Twinfinite is where you want to be. Check out our guides explaining how to beat Team Star Fire Crew and Team Star Dark Crew, as well as the endless information at the links below.