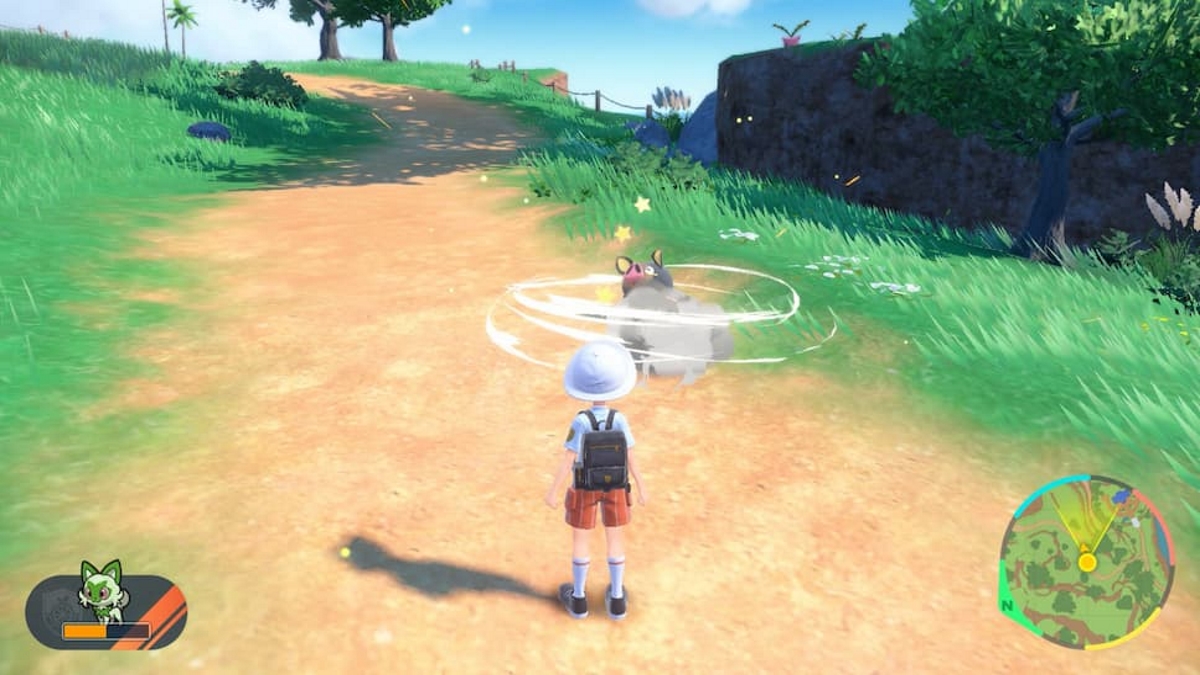 Screenshot via The Pokemon Company

In Pokemon Scarlet & Violet, there is a brand new feature to the series that lets you send out your Pokemon to automatically battle wild ones on their own. It’s a quick way to train your Pokemon and level up your team without much effort. However, you still have to initiate an auto-battle, and you may not know how to do that. Here’s everything you need to know about auto-battling in Pokemon Scarlet and Violet.

How to Auto-Battle in Pokemon Scarlet & Violet

Auto-battling is very easy to initiate in Pokemon Scarlet & Violet, and you can do it very early in the game once you start encountering wild Pokemon.

All you have to do is press the R shoulder button to throw the Poke Ball of the lead Pokemon in your party. If there are no wild Pokemon around, your own Pokemon will simply run around following you. If you aim your throw at a wild one, though, an auto-battle will start.

How does Auto-Battle Work?

The best part of auto-battle is that it happens in the background while you continue exploring the overworld. It doesn’t stop the game to bring you into the normal battle interface; your Pokemon battles completely on its own.

Since you won’t be selecting any of your Pokemon’s battle moves, the auto-battle happens very quickly and the outcome is determined by each Pokemon’s level and type. If you won, the wild Pokemon will disappear and your Pokemon will gain some XP. If you lost, your Pokemon will come running back to you with its HP lowered to orange or red.

Pros and Cons of Auto-Battle

There are several benefits tied to auto-battle. The first is that it is a very quick way to level up your Pokemon as you continue to run around the overworld. Your Pokemon also cannot faint while auto-battling; they run back to you if their health gets too low. Also, when defeating wild ones while auto-battling, you can be rewarded with materials that you can use to make TMs.

However, there are also some drawbacks to auto-battling. You can’t catch wild Pokemon with this method, so do it only if you are okay with the opponent fainting. Another possible downside is that you may end up using a larger amount of potions than usual to heal if your Pokemon loses many of the fights.

Make sure you keep these pros and cons in mind as you decide how much you want to engage in auto-battle while traveling across Paldea.

That’s everything you need to know about auto-battling in Pokemon Scarlet and Violet. Be sure to check back with Twinfinite for more tips, tricks, and guides on the game, such as information on what levels each of the starters evolve and how to Terastallize Pokemon.