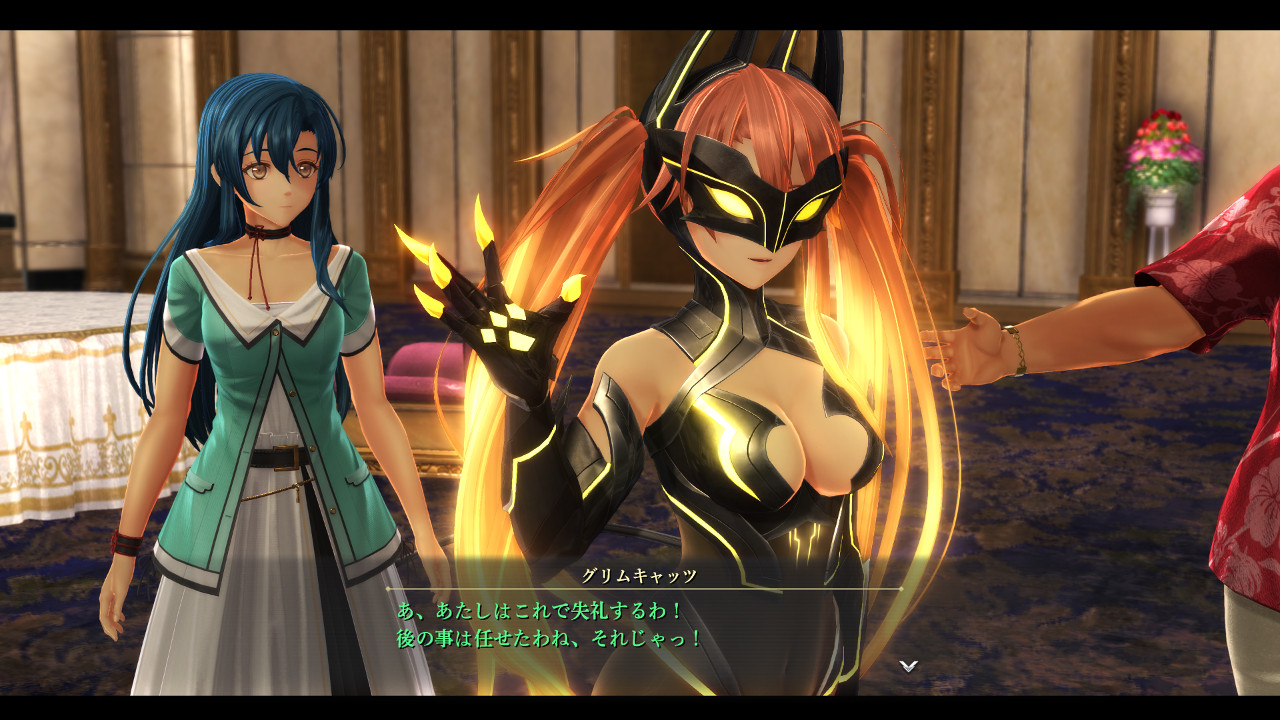 We get to meet three characters who will make an appearance in the game, starting with the return of Cao Lee, the leader of the criminal syndicate Heiyue.

He’s a 29-year old man who always appear to consider profit a priority but also values relationships and connections. He’s a martial arts master and a very clever individual.

Next is Kurogane, the second in command of Ikaruga and attendant to Shizuna, whom he calls “Princess.” As a ninja from the far east, he has the aura of a veteran soldier who survived countless battles.

He has a superhuman body and physical skills paired with exceptional ninja arts, and can be compared with the enforces of Ouroboros.

Last, but not least, the Phantom Thief Grimcat, who has been haunting Calvard in the past few years. She steals from corrupt politicians and bureaucrats, as well as large corporations and criminal syndicates that make money via illegal means.

No one knows who she is, and rumors about her have spread through the Republic like wildfire.