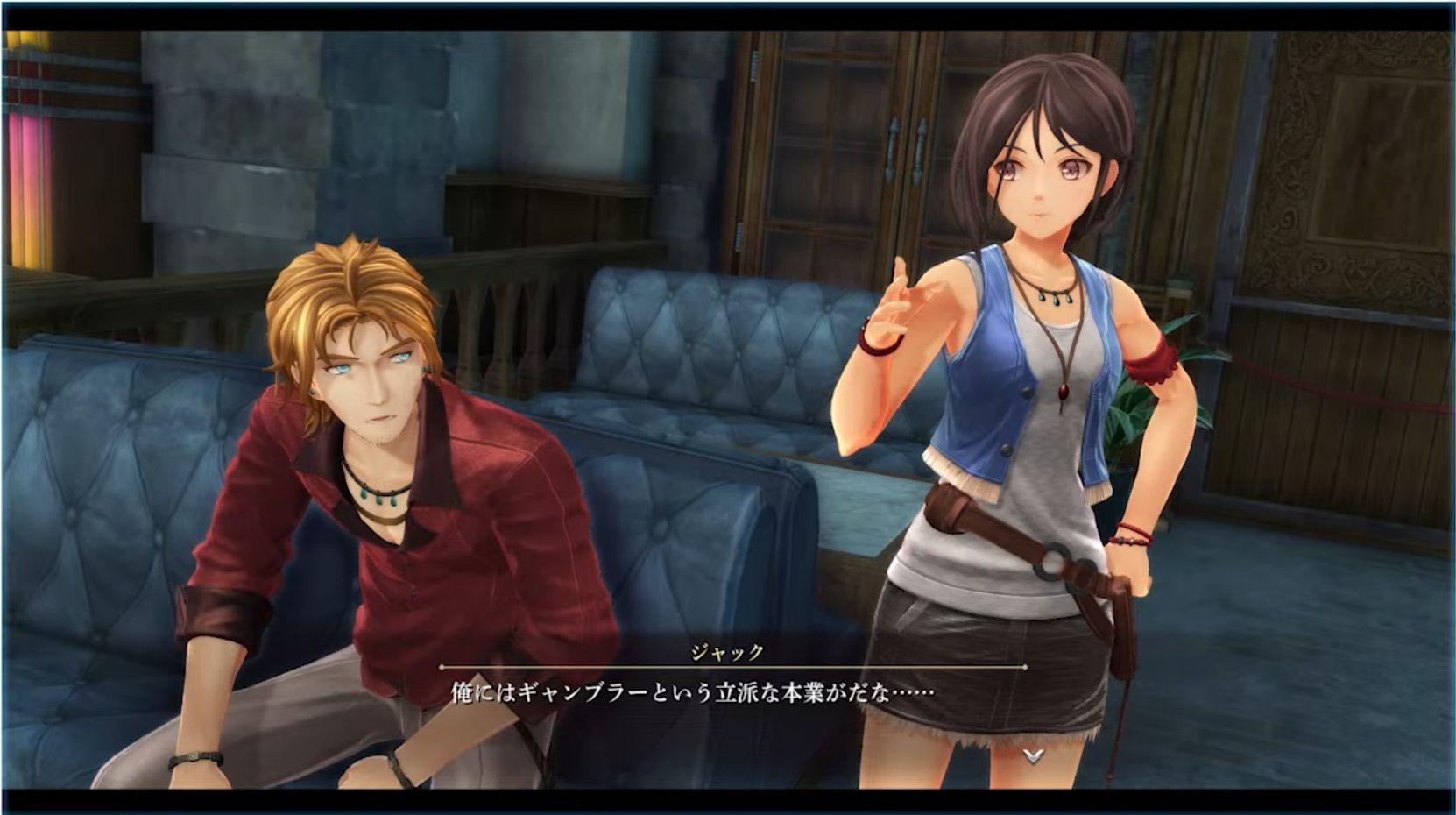 Today, during a livestream hosted by Clouded Leopard Entertainment, Nihon Falcom had a few interesting reveals to make about the new Trails JRPG The Legend of Heroes: Kuro no Kiseki.

First of all, we take a look at new gameplay showcasing the combat system, that can be switched between action and turns.

Next, we learn that previously released artwork actually hid a few characters from the past of the series.

We get to see Halle and Jack from the collectible Gambler Jack books, Cao Lee from Zero no Kiseki, and Kilika Rouran from Trails in the Sky.

We also learn from Nihon Falcom president Toshihiro Kondo that the game will actually have branching storyline depending on the player’s choice. On top of that, the storyline set in the Republic of Calvard will span more than one game.

The Legend of Heroes: Kuro no Kiseki is the next game of the Trails series. It’ll release in Japan on September 30, 2021 for PS4. .

No western release has been announced for now (and probably we shouldn’t expect that announcement too soon), but you can also check out the first screenshots and more details, the second gallery, a third, and the first gameplay.