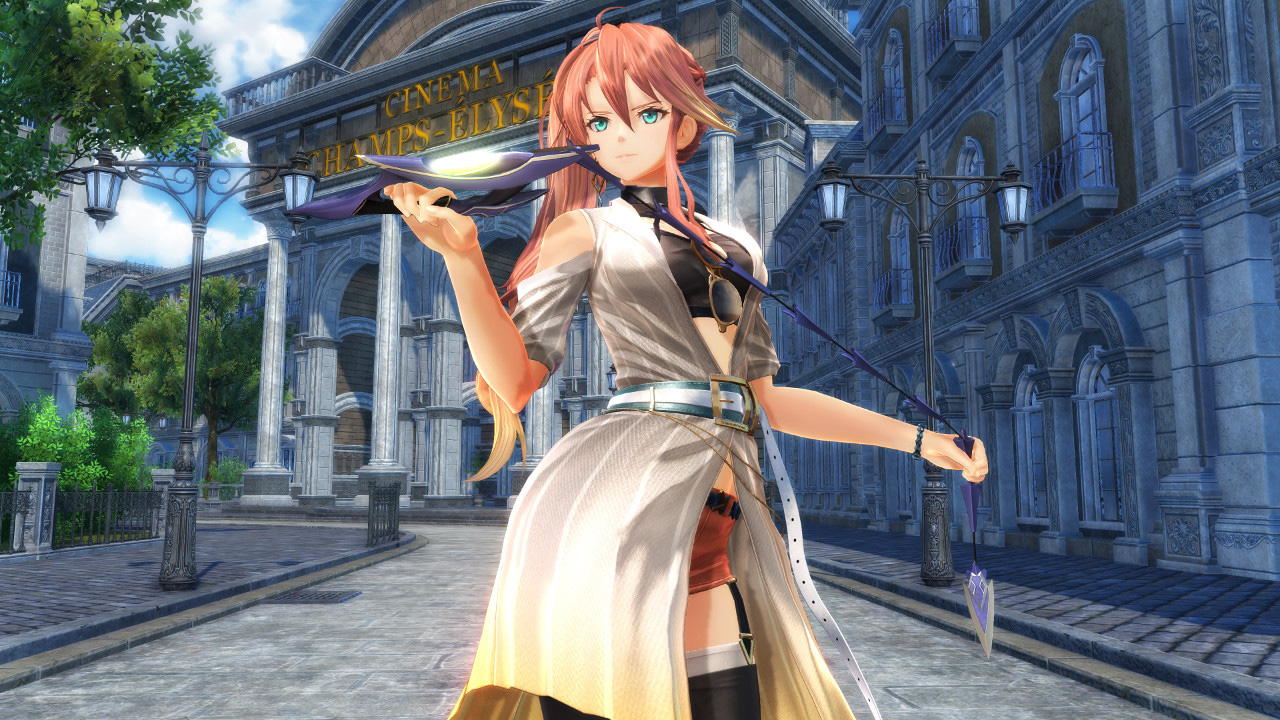 Today Nihon Falcom released a new gallery of screenshots and more details of the upcoming JRPG The Legend of Heroes: Kuro no Kiseki.

First of all, we learn that the game will release in Japan on September 30, 2021 for PS4. No other platforms have been announced at the moment of this writing.

We also get to take a look at two new characters.

Judith Ranster is 22 years-old and she fights with a Meteor Whip named Stella Butte. She is one of the top actresses in the film industry, friendly, but highly professional on the job.

She never compromises while working and she has a strong sense of justice which makes her stand up to anyone who harms the weak.

While her media persona is that of an actress, she also has a “behind-the-scenes” job. Due to her unpredictable personality, she may make unexpected mistakes, exposing her flaws which can leave her in a weak spot.

Bergard Zeman is 69 years-old and fights with gauntlets.

He’s a muscular man experienced in all aspects of martial arts. Having taught in the Kunlun school, one of the three major martial arts schools in the East, he has many students scattered throughout the continent.

He used to travel the continent of business, but now he keeps doing so while living a leisurely life. He was Van’s teacher and benefactor, who taught him “proper” martial arts and didn’t oppose his work at the “Arkride Solution Office.”

Van thought he had been killed in some incident during the war between the Empire and the Republic.

The screenshots also show the Crafts (combat actions) that can be executed while in turn-based mode. They consume CP (Craft Points) accumulated during the battle. These include Judith’s Criminal Butte and Bergard’s Howling Boost.

The Legend of Heroes: Kuro no Kiseki is the next game of the Trails series. No western release has been announced for now (and probably we shouldn’t expect that announcement too soon), but you can also check out the first screenshots and more details, the second gallery, on top of the first gameplay.