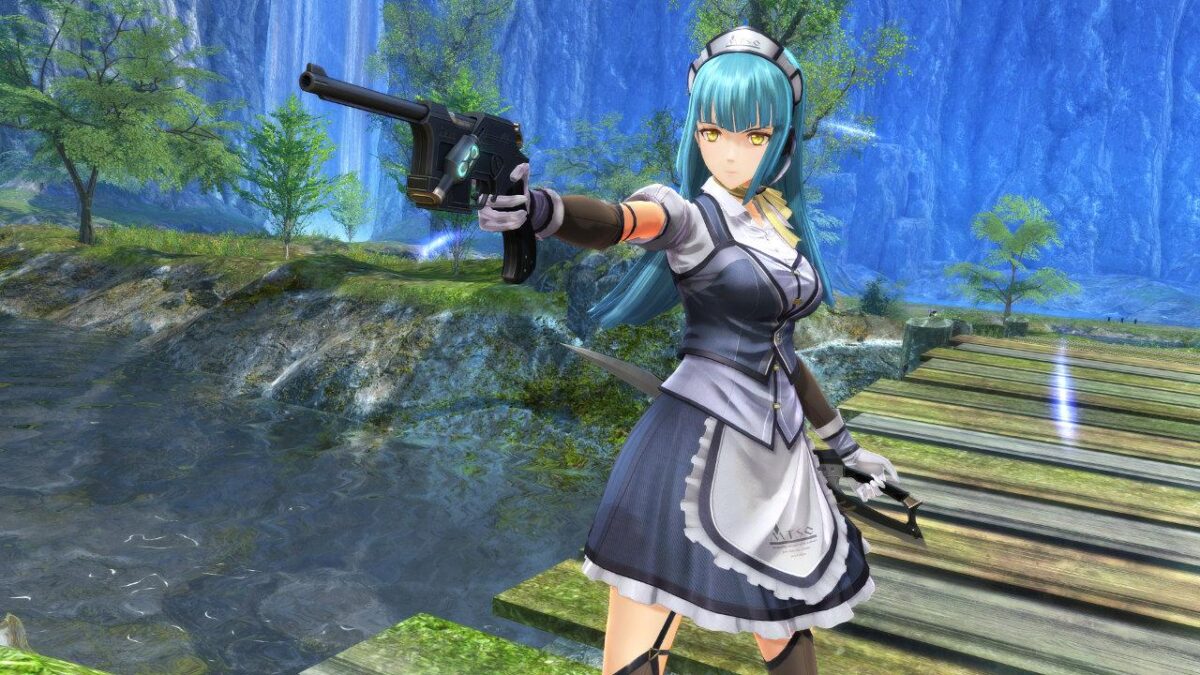 Today Nihon Falcom released a new gallery of screenshots and more details of the upcoming JRPG The Legend of Heroes: Kuro no Kiseki.

We get to meet two new characters. Risette Twinings, 20 years old, fights with a handgun and a blade gear. She is a woman dressed as a maid working as a service concierge for the Marduk Trading Security Company.

She is a cool beauty with pale blue hair, friendly and polite, often adding a bit of playful humor to her demeanor. Despite her appearance, she enjoys superhuman speed and power, on top of exceptional battle abilities.

She has a business relationship with hero Van, who has been made an external test subject for the “Xipha” Tactical Ornament and provided a sample free of charge. Her task is to regularly assess usage results.

Quatre Salison is only 15 years old and fights with a pulse gun and power drone. Despite his young age he’s a researcher at a scientific institution. His specialization is the research and development of a power drone based on the AI of the tactical ornament Xipha and also works as an assistant in the physics and bionegineering labs.

Next, we get to see two locations, the “glittering city” Langport and the engineering city Basel, home of Verne Industrial Company.

The images also showcase the 6th generation Tactical Ornament Xipha. Its cores have three different functions, increasing attack power, increasing EP, and activation of S-boost. It can be leveled up by earning experience during battles and those elements will become stronger as you level up.

Xipha can communicate and is voice activated. Its voice and speech style change depending on the equipped core. It also includes an “Artes Driver” that can be combined with a high level core to unlock powerful artes.

The Artes Driver has four different slots, Weapon, Shield, Drive, and Extra, that can let you customize your fighting style.

The Legend of Heroes: Kuro no Kiseki is the next game of the Trails series and has been announced for yet undecided platforms. It will release in Japan in 2021.

No western release has been announced for now (and probably we shouldn’t expect that announcement too soon), but you can also check out the first screenshots and more details, on top of the first gameplay.