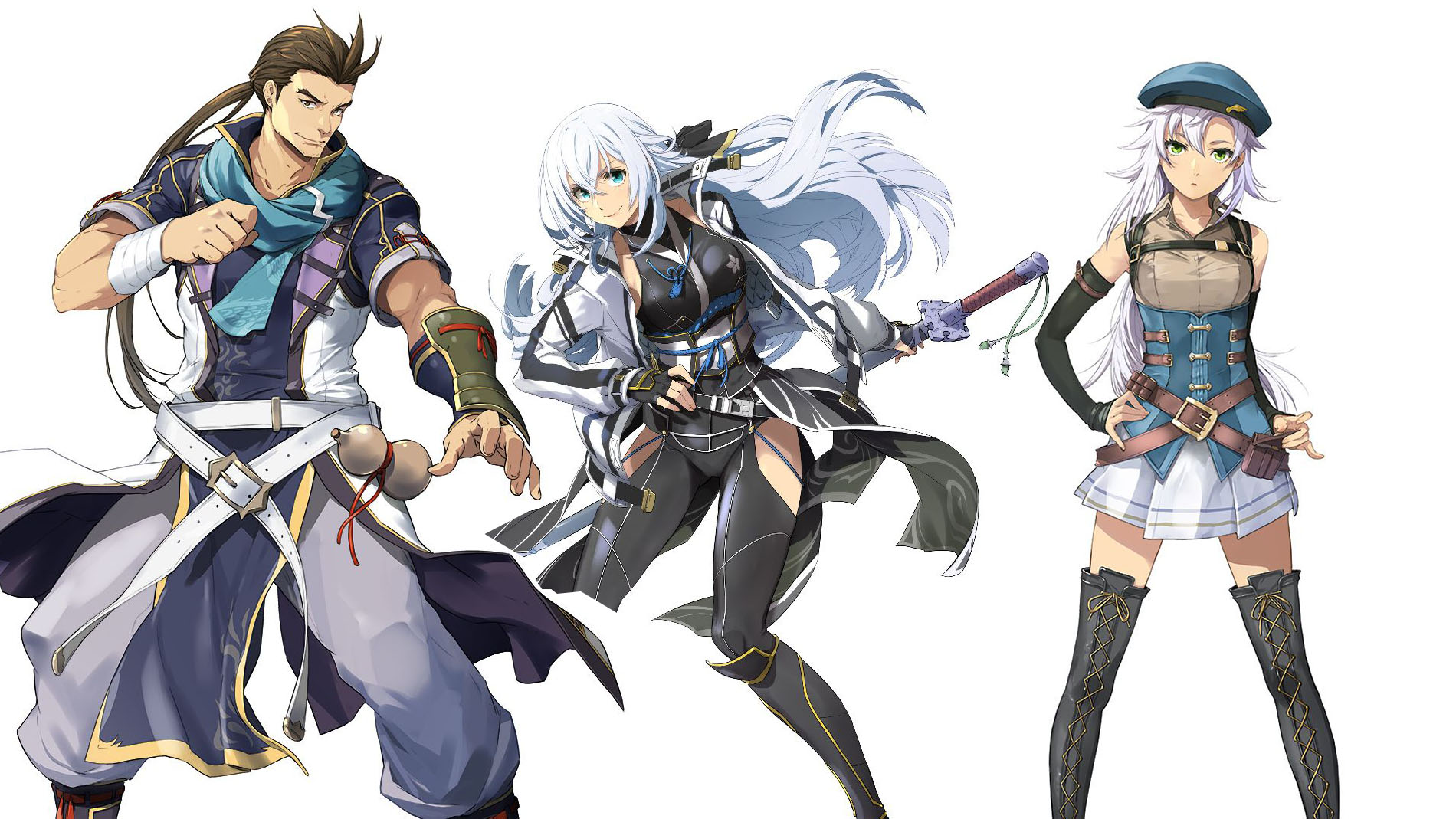 Today Nihon Falcom released new screenshots and details of its upcoming Trails JRPG The Legend of Heroes: Kuro no Kiseki.

We take a look at three relevant characters who will appear in the game, starting with two returning ones.

Zin Vathek returns from the Trails in the Sky sub-series and Trails of Cold Steel IV. He is now 36 and fights with his armored gauntlet.

He is nicknamed “The Immovable” and he is classified as a “Quasi-S Rank” at the Calvard Bracers Guild.

He is a veteran who helped with the resolution of many cases and took part in the world war two years ago. The facts that led to the ceasefire also sparked his recommendation for S-class, but he decided to turn down the promotion.

His younger sister is in a key position at the CID, while his brother is working for Ouroboros. This has been causing tension among his companions. On the other hand, he has high hopes for Elaine, a promising junior member, and keeps watching over her growth despite her stubborn attitude.

Fie Claussell is also back from the Trails of Cold Steel series. She is now 20 and a B-rank member of the Bracers Guild, fighting with her usual dual gunswords. Her nickname Sylphid is also still a thing.

In the past, she was a Jaeger of the Zephyr corps in Zemuria and she’s blessed with outstanding physical abilities and combat skills.

She has a cool aura, but hides a surprisingly friendly side, often joking around with Elaine, her senior in the Bracers Guild.

Shizuna Rem Misurugi was teased a while ago. She is 23 and she fights with a black tachi sword. She is the second-in-command of Ikaruga, a powerful samurai faction based in the east of the continent. She is also the master of the Kokushin Itto Ryu style of kenjutsu.

She usually wears a cutting-edge reinforced shield and wields a treasured sword from the east, which is her weapon of choice.

While her expression is usually innocent, when she faces someone who is strong she takes on a dignified expression worthy of the “Swordmaster” title.

Her style is reminiscent of the Eight Leaves One Blade, a summation of eastern swordsmanship created by the Sword Hermit Yun Ka-fai, Rean and Elise Schwarzer’s master.

Speaking of Ikaruga, they’re a samurai faction based somewhere in the eastern part of the continent, which is becoming a barren wasteland. They used advanced weaponry and include many masters of the Tachi sword (basically a long Katana). Those techniques have been handed down from generation to generation in the east.

They also include a Shinobi unit, skilled in covert operations and intelligence gathering. They are said to be the “strongest” in the East.

Their ninja techniques are called Oborozuki-ryu and their swordsmanship style is named Kokushin Itto Ryu. Yet, details about it are unknown and its origin has not been revealed.

No western release has been announced for now (and probably we shouldn’t expect that announcement too soon), but you can also check out the first screenshots and more details, the second gallery, a third, a fourth, the first gameplay, more footage, and even more gameplay.