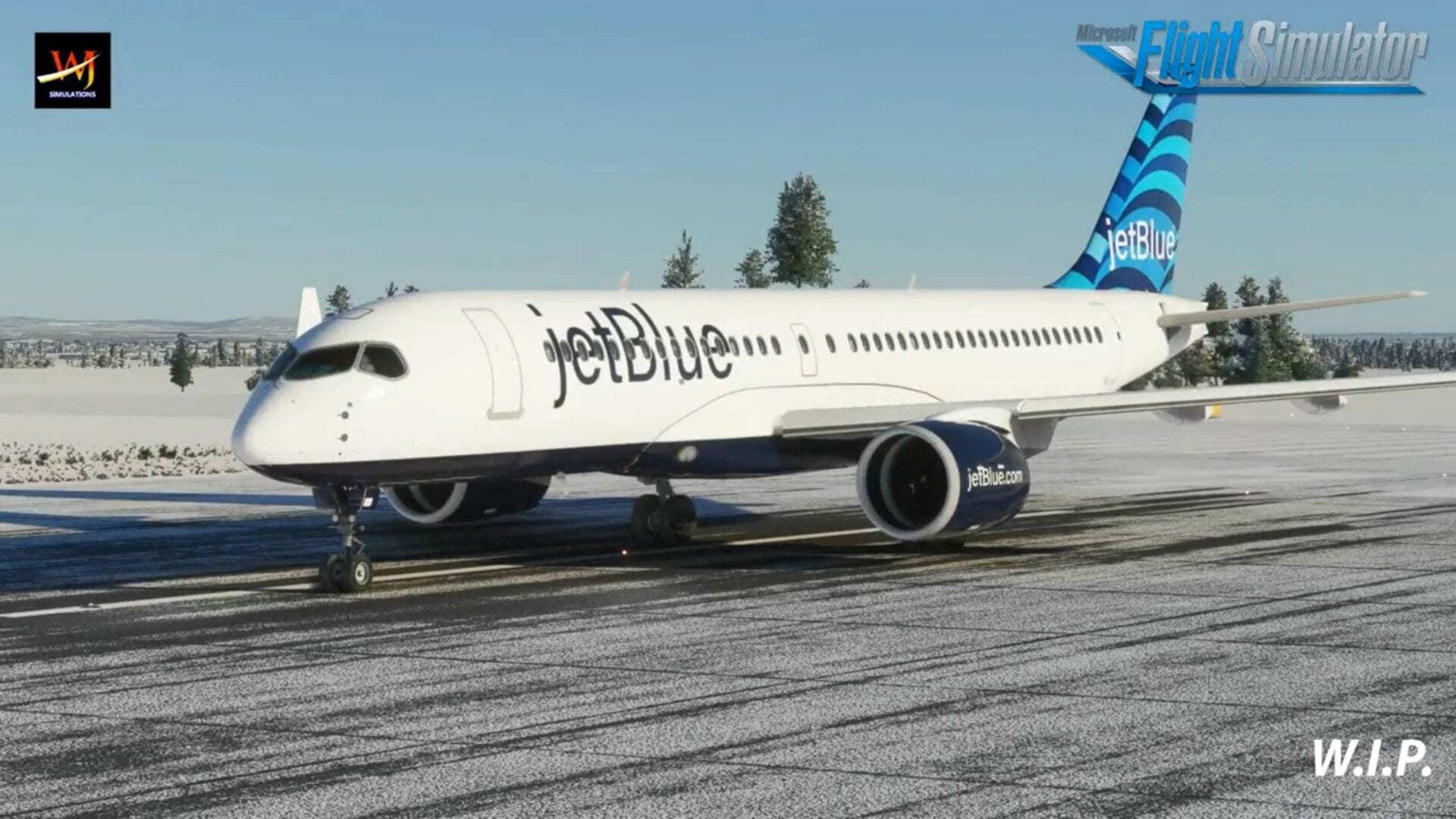 Aerosoft published a work-in-progress version of the manuals of its Bombardier CRJ package. You may need to log into the forums to download them, but they’ll help you get ready for release on March 16.

The German developer also provided a single new image of the de Havilland Canada DHC-6 Twin Otter, showing the modeling of the stitching on the seats. That’s certainly great attention to detail.

Another manual comes from IndiaFoxtEcho that is preparing to release its T-45C Goshawk. You can download it here.

In the meanwhile, we also get another screenshot.

Last, but not least, we get a video from Whiskey Jet Simulations showing a work-in-progress JetBlue livery for the Airbus A220.