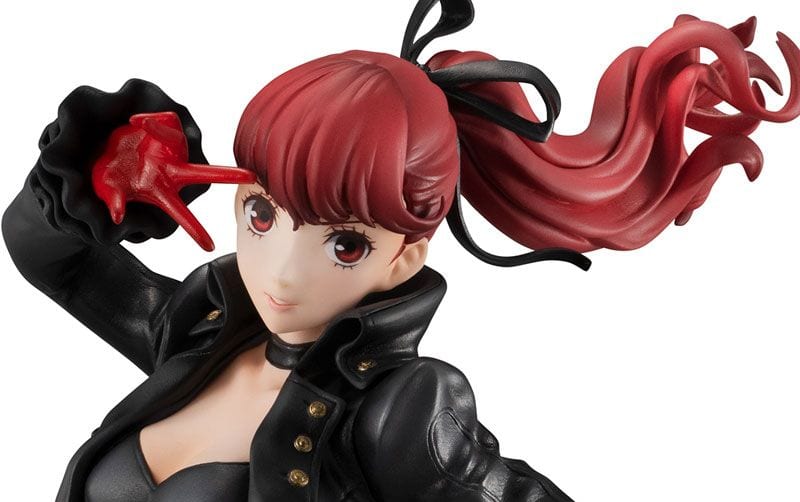 Persona 5 Royal added Kasumi Yoshizawa as a new playable phantom thief, and it’s time for her to get her own figure.

Today manufacturer MegaHouse made a new figure of Kasumi in her phantom thief costume available for pre-order as part of its Lucrea sub-brand. You can find it on AmiAmi for 15,180 yen, which translates into approximately $138.

For once, the lead time isn’t too crazy, and she’ll release in late July 2020.

Sculpted by Inui and painted by Ekoshi, she stands approximately 220 mm tall. She also includes an alternative hand and a mask for additional flexibility.

IIf you’re interested in Persona 5 Royal, you also enjoy the first 15 minutes of gameplay, the opening animation, the latest trailer, the previous English trailer, another trailer and gameplay reveal, including Goro Akechi, Jose and Mementos, two recent videos focusing on the new character Kasumi and additions to the battle system, two more showing another look at the new features, and additional clips featuring new character Jose.

Persona 5 Royal is launching in the west exclusively for PS4 on March 31, 2020. It’s already available in Japan for the same platform.