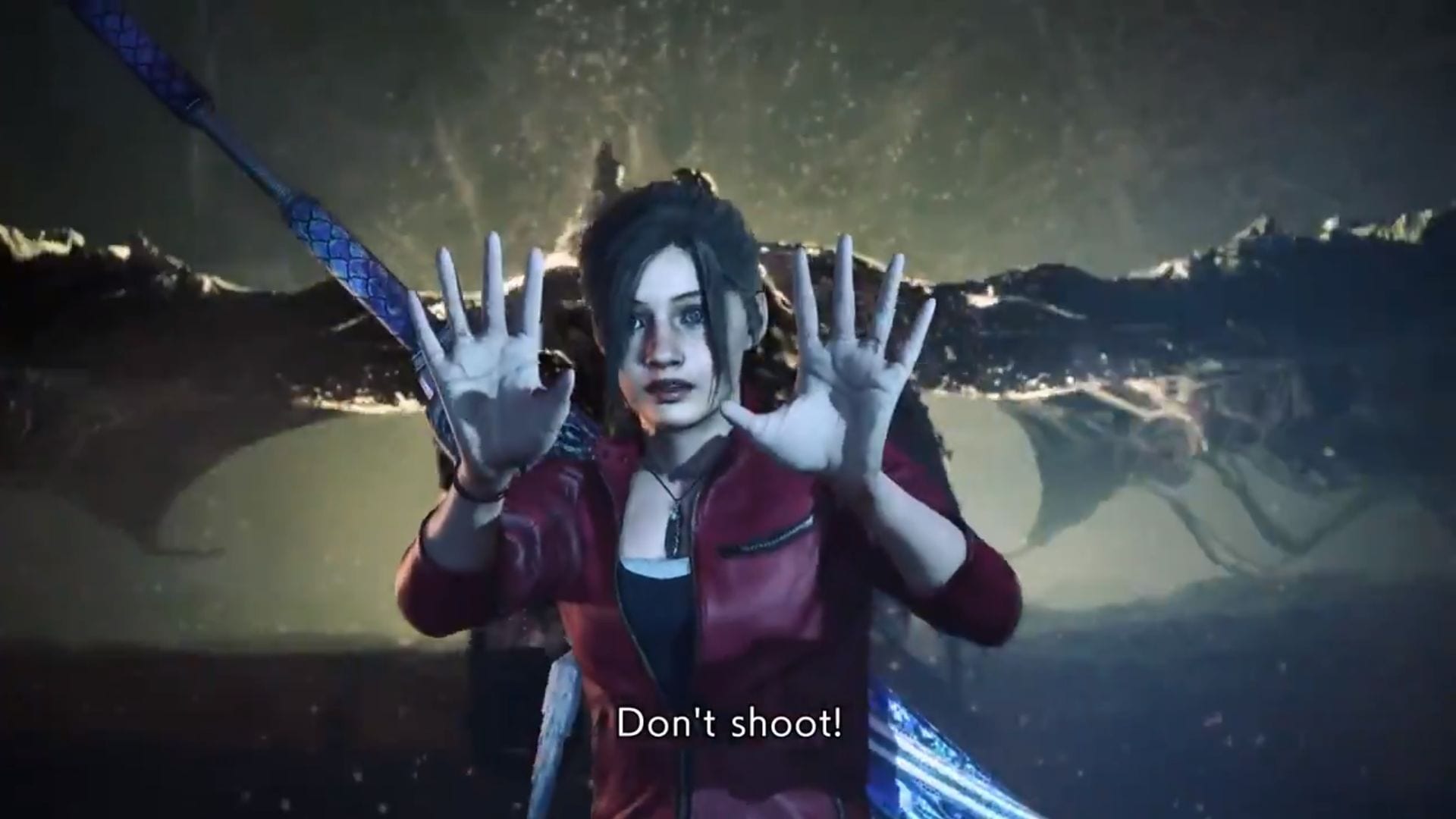 Today Capcom had a few announcements to make about upcoming content heading to Monster Hunter: World Iceborne next month.

First of all, we’re getting content from Resident Evil 2, including skins portraying portagonists Claire and Leon.

They won’t be alone, as it appears that our beloved handler might be turned into the Tyrant? That’s pretty weird, but also cool.

On top of that, we get the reveal of the two winners of the gear design contests.

Both the “Black Eagle” Charge Blade, by sheep and the “Wiggler Set” palico armor by Zyralynn will also be implemented in November.

You can checkn them all out below.

If you want to learn more about the game, you can read our review. You can  also see some recent Rajang gameplay and more from Tokyo Game Show 2019.

We then have the first look at the Nargacuga, Beotodus, Direwolf, Black Diablos, Odogaron and Girros, Rathian,  Legiana, Rathalos, Tobi-Kadachi, Shrieking Legiana, Tigrex, Jagras,Kulu-Ya-Ku, and Tzitzi-Ya-Ku armor sets for a glimpse on the gear you’ll be able to collect.

On top of that, you can watch the reveal featuring Zinogre, a pair of trailers showcasing the new home base and Glavenus, one focusing on Nargacuga and its origins, another featuring Tigrex, some brand new gameplay featuring Glavenus, a trailer showing off Acidic Glavenus in action and another taking a look at monster subspecies in general.