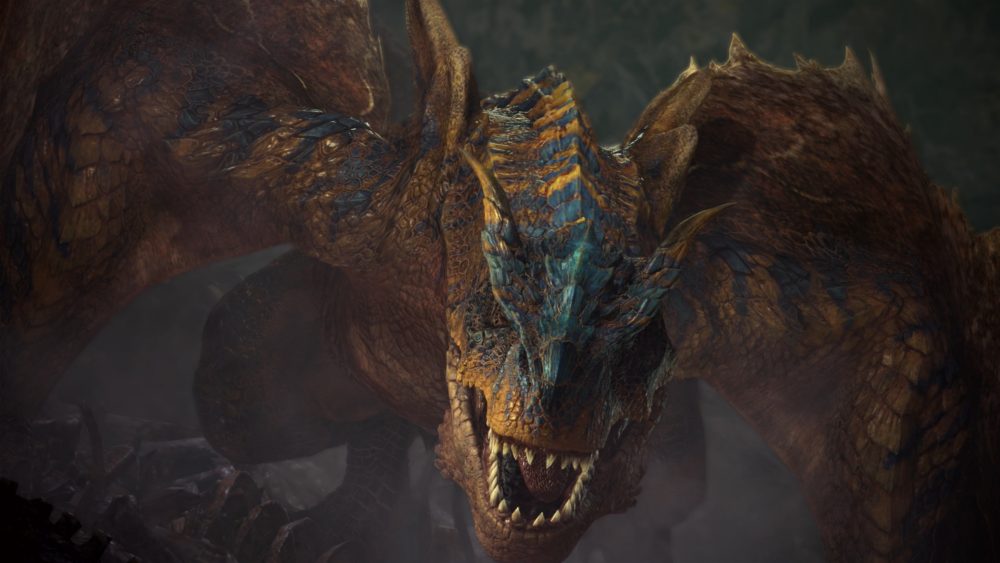 Capcom will soon expand the world of Monster Hunter: World, and today they shared a few elements of the upcoming DLC Iceborne.

First of all, we get to see the armor made from one of the returning monsters that will appear Iceborne, the flying wyvern Nargacuga.

Two videos were shared, showing the gear both for male and female hunters.

“The eyes peering out of this Nargacuga armor are so unsettling, few dare look at them.” #Iceborne pic.twitter.com/tuB7qyafoa

Another clip showcased another returning monster in action, and that’s Tigrex.

Behold the relentless Tigrex in action! Are you ready for this gruesome battle? #Iceborne pic.twitter.com/qoj99zso4v

If you want to see and learn more Monster Hunter: World Iceborne, you can enjoy the latest trailer and screenshots combo focusing on the story and on the E3 demo, a previous trailer and the recent footage and details, on top of another batch of screenshots that were showcased during a recent reveal. We also have another series of trailers showing off the new weapon actions.