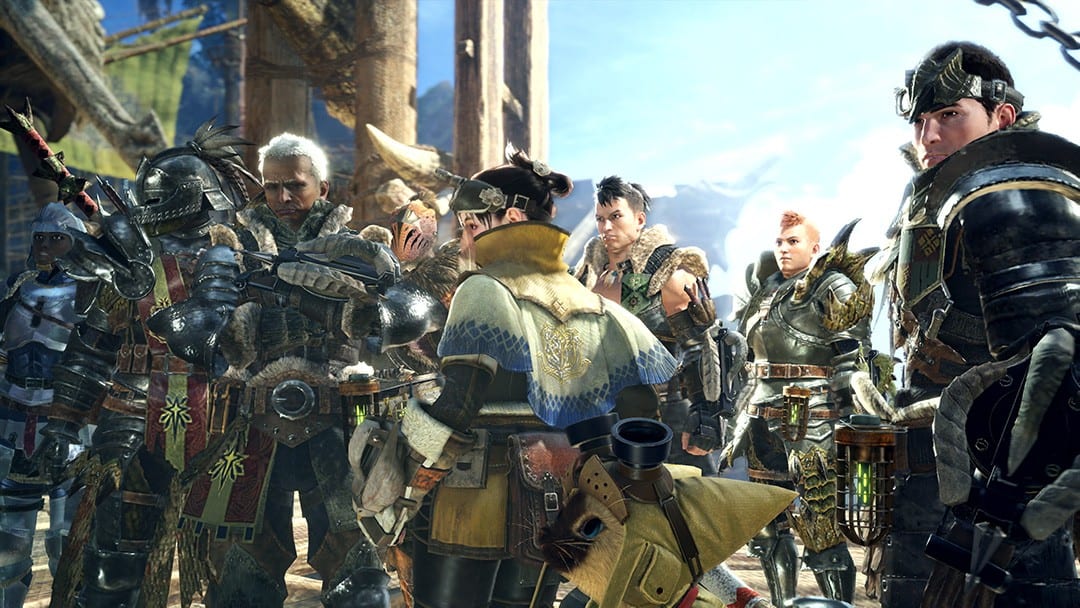 When Monster Hunter: World first launched back in 2018, I (and most critics) applauded Capcom for turning their niche monster-slaying property into a more streamlined series, a title that the entire world finally cared about.

There are a couple of things that Capcom could have changed to make the action-RPG even simpler, but these things would have tarnished what Monster Hunter is all about.

But somehow, Capcom has gone and it done it again with the Iceborne expansion, making the game even more accessible than ever before. Small but brilliant ideas that may not seem like a big deal, but mean the world for veteran monster hunters.

These are just some of the biggest updates that are part of the Iceborne expansion and it’s awe-inspiring how Capcom has thought out how to make a streamlined game even more streamlined but also adding more challenging content.

Iceborne’s “story” is set after the events of the base game of Monster Hunter: World and basically, your crew ends up discovering a new icy region named Hoarfrost, in which they built a new outpost named Seliana. And Seliana is way better than Astera.

Instead of having a multi-tiered outpost and gathering hub with tons of space between them and even some loading screens, the new outpost in the Hoarfrost region is like three times smaller so everything you need is pretty much right next to each other.

This allows all players to run to the smithy, get a bite to eat, and post a quest in just a short amount of time.

The new gathering hub is also amazing as it has hot springs, foot baths, and steam baths for you to chill out in with your friends if you just want to relax and lay back for a minute.

Most of this is just all for fun and doesn’t have any effect towards your skills or anything, but it’s still nice to look at and take pictures and is a big upgrade to Astera’s online hub.

And when you’re not forcing your Palico to take a nice hot bath in Iceborne, you’ll be doing the other important tasks in the game, and that’s hunting.

Iceborne brings with it a slew of new story quests are one step above the high-rank quests in the base game, coined as master ranks.

There are several new monsters that you’ll be facing off against in the new region (which is the largest locale in MHW by far), such as the huge moose, Banbaro, the snow fish Beotodus, and the new flagship monster of the expansion, Velkhana, an elder dragon with the power of ice.

There aren’t a ton of brand new monsters as part of the expansion, but we do get to see a bunch of returning beasts that weren’t present in World like the Zinogre and the Tigrex.

I had no issue with the mix and match of monsters new and old, as I expected that Capcom would be unable to recreate all-new beasts to fill out the ever-so lengthy campaign, which takes at least 30 hours to complete –if you’re good.

I found myself struggling to get past some of the later monsters in the story of Iceborne simply because I had yet to learn their attack patterns. But once I got the hang of utilizing the new clutch claw mechanics, I soon realized that every encounter, even with older monsters, would prove to be different from any fight that I had in the base game.

The clutch claw lets you shoot a short-range hook onto any part of a monster (its head, its tail, or on its front arms/legs).

This allows you to pummel the monster or unload your slinger ammo all at once, stunning the monster and gracefully propelling you off of the monster, creating a very satisfying moment.

This then softens the hide of the monster, letting the monster take more damage while that specific part of its body is weakened. And this claw can be used at any time in conjunction with any type of weapon.

As a great sword user, I was ecstatic to see that heavy weapon users now would have the chance to use aerial attacks by clinging on to a flying monster instead of waiting for the monster to come back down.

It’s honestly my favorite part of Iceborne, as it just adds so much more verticality to the game’s combat. And even if you go back to your low-rank quests from the base game, you’ll be able to use the weapon on any monster so even familiar large monster fights can go on a little bit different thanks to this tool.

It’s an absolute game-changer that is super easy to use and helps with taking care of monsters will high defenses.

I was disappointed to see that Capcom didn’t add at least one new weapon type to the expansion, but honestly, the clutch claw makes up for it, as it now makes World the best Monster Hunter game in terms of variety in combat.

After 30 hours or so of playing the new expansion, I still get giddy every time I successfully grapple on to the enemy and unload piercing ammo right into its face –it’s a beautiful sight and it’s just so damn satisfying.

Another exciting little update brought to the game with Iceborne include the Raider Ride feature, which lets you ride on top of one of the local small monsters that will take you straight to your target on the map.

These animals are quick and reduce the time it takes to get to where you’re going and it’s absolutely brilliant. You can even use items like a whetstone or a ration while riding on top and you can also jump off of it and attack to help with mounting monsters.

It’s stuff like this, stuff like the smaller outpost area, the clutch claw, and a bunch of other small quality-of-life changes that –when added up– create a substantial update to the monster hunting experience that fans of the series cannot miss out on.

And even if you’re still new to MHW, this update adds in some difficulty changes that makes the base game way easier than it used to be and there’s even incentives for higher-ranked players to assist newbies with their quests.

So don’t worry about being late to the party as many of Iceborne’s surprising yet innovative design changes have streamlined this entry just a little bit more.

The monsters are epic, the combat is smooth as butter, the new region feels fresh, and it’s worth every penny.

Despite spending about 30 hours with the new Iceborne expansion before I sat down to write this review, I’m still looking forward to going back and finish up the optional quests and really see all the game has to offer and of course, craft the best gear, and then check out the future DLC that’s eventually coming.

Monster Hunter has always been Capcom’s franchise that slightly avoided the mainstream in favor of Resident Evil or Mega Man, but Iceborne demonstrates Capcom’s love and dedication for this property in the best ways possible.

There’s so much content here that it’s so hard to not recommend this expansion to someone looking for an experience unlike any other on the market right now.

In a year that Capcom took by storm with several highly-rated AAA titles, you can definitely add this one to the list.

Iceborne is one for the books and I can’t wait to see what the developers do next for this franchise, because I’m not sure if it can get better than this.

Should You Buy MHW: Iceborne?

If you’ve been itching for more Monster Hunter content after completing World’s base game, then this should be in your shopping cart right now. Also, if you’re totally new, the series is more streamlined than ever before, so just dive right in.

MHW: Iceborne will release on PlayStation 4 and Xbox One on Friday, Sept. 6, 2019. The PC version is planned to launch sometime in January of 2020.

Monster Hunter World: Iceborne is developed by Capcom, the same developer of Resident Evil 2 and Devil May Cry 5.