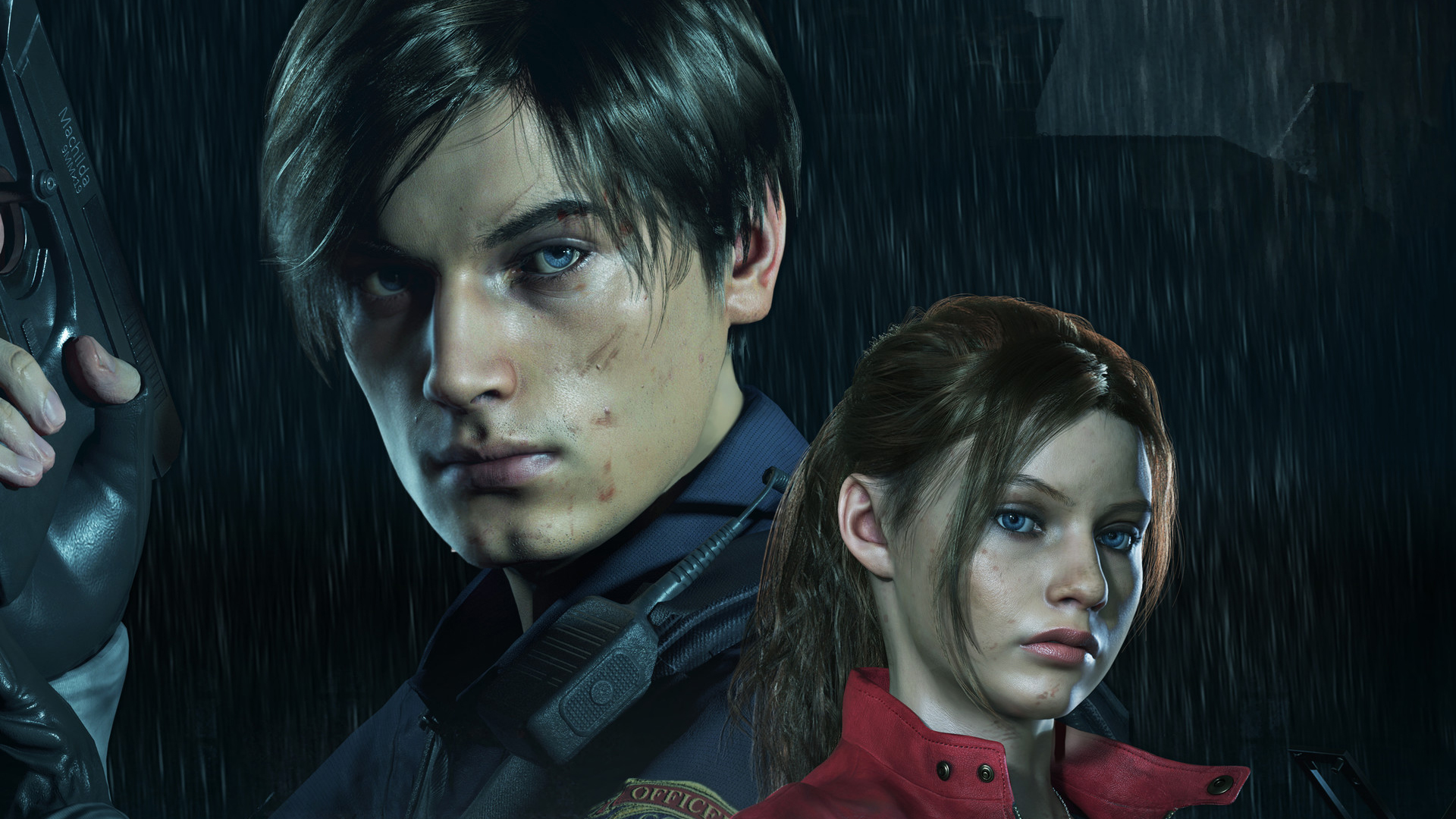 The Resident Evil series could’ve so easily met its end with the release of the sixth main entry back in 2012. I won’t hide the fact that I’m a major RE6 apologist, but putting aside that game’s ridiculously fun and over-the-top co-op action, it seemed clear that Capcom just had no interest in returning to the series’ survival horror roots anymore.

Then, Resident Evil 7 happened, and suddenly the series was back. Things were tense and scary again, there were puzzles to solve and inventories to manage. Resident Evil 7 hit a lot of the right notes, and it looked like Capcom was back on track.

And now, with the release of a stunning complete remake of the classic Resident Evil 2, it almost feels like the series is entering yet another golden age.

In a word, the Resident Evil 2 remake is astounding. Over the past week, I’ve poured tens of hours into both the PS4 and PC versions of the game, hungrily devouring every little bit of content I could get my hands on. While the remake is faithful to the original game in many ways, things have undoubtedly changed as well.

Resident Evil 2’s remake brings back the dual protagonist formula, allowing players to choose between handsome rookie cop Leon Kennedy and college student/badass biker chick Claire Redfield at the start of the game. Similar to the original release, there are also A and B scenarios that you can play through.

For instance, if you start the game with Leon, you unlock a New Game 2nd Run mode with Claire, where you play through the same story, but from her perspective. However, this is where the remake stumbles a little.

The original Resident Evil 2 was praised for how intricately its different stories and scenarios weaved together. There were parts of the game where you’d bump into Leon in the station as Claire, and when you beat the game, you’d unlock Leon B, where you could find out what Leon was up to right up to that minute he met Claire in the hallway.

RE2 remake doesn’t really have any of that. Literally, the only difference between Claire’s 1st and 2nd run playthroughs is that she’ll reach the station before Leon in the former; story-wise, everything else after that point, save for the ending cutscene, remains the same. Which, you know, makes absolutely no sense at all.

As I ran through the hallowed halls of the RPD with Claire during her 2nd Run, I found myself wondering why I was being forced to find the three medallions again when Leon should’ve already unlocked the path for me. Why should I have to find the Spade Key again to unlock those same doors when Leon’s already been through these areas countless times?

And why, for the love of all that’s good, should I have to fight G-Birkin again when I know for a fact that Leon’s already beaten him once? In that exact same area, no less.

In terms of gameplay, a 2nd Run playthrough features the same puzzles, but with different and slightly tougher solutions. Item placements are shuffled, and you’ll need to seek out new clues to solve a puzzle you thought you were already familiar with.

You’ll run into more aggressive enemies earlier in a 2nd Run playthrough, but the game also gives you access to the good stuff earlier as well. While the story elements of 2nd Run were a major disappointment, at least the gameplay managed to make up for it a little bit.

2nd Runs waste no time in upping the difficulty as soon as you start, and even though I already knew the map layout like the back of my hand, the game truly puts that knowledge to the test and you’ll only succeed in escaping if you know how to use the layout to your advantage. That is easily the best part of Resident Evil 2.

Raccoon City Police Station really is a remarkable piece of work. The general layout is more or less identical to the PS1 version, but with a few adjustments here and there to keep veterans on their toes. Just like the ornate Spencer Estate before it, the station is a beautifully elaborate puzzle in and of itself.

Per classic Resident Evil fashion, the game drip feeds its key items to you. You’ll wander the halls for ages, desperately trying to unlock every door, searching every room for that elusive clue to help you solve that final puzzle. Then the game will relent, finally gifting you with that one specific key or puzzle piece you need to progress.

Over time, you’ll grow increasingly familiar with the station layout itself. If you’re planning on heading to the West Storage Room, you’ll know that you can get there by cutting through the West Office, running past the Dark Room, and taking the stairs all the way up to the third floor.

Alternatively, you could also just head to the Library on the second floor from the Main Hall, then take the ladder up to get into the Storage Room via a side door.

Resident Evil 2 loves dropping surprises on players as the game progresses, whether it’s in the form of new enemies or unexpected obstructions. When that happens, you’ll be forced to draw on your knowledge of the station layout, and figure out an alternative path of getting to your goal.

Once you’ve reached the point where you’re able to turn on a dime and instinctively figure out an alternate path without having to check the map, you’ll know you’ve managed to solve Resident Evil 2’s ultimate puzzle.

And when the game decides to drop a Tyrant-sized obstacle on you, you’ll have to keep your cool and figure out the best way to reach your objective while also ignoring the hulking fedora-wearing mass that’s stalking you everywhere. It’s utterly exhilarating.

If the Baker estate from 2017’s Resident Evil 7 was impressive, it’s no match for the classic police station that’s certainly stood the test of time since its original release 20 years ago.

Add into the mix the tension of ammo conservation and inventory management, and Resident Evil 2 emerges to take its crown as the survival horror king once again, as there’s just nothing like that sinking feeling of dread when you realize you’re going to have to make a treacherous run back through a hallway of lickers and zombies to pick up that one crucial item you didn’t have space for.

Careful planning is key, the game will certainly punish you for over- or under-preparing before journeying out of a save room.

With the remake, Capcom has also opted to do away with the fixed camera angles, and instead implement an over-the-shoulder third-person view. And you know what? It works.

Sure, you’ll no longer be treated to artistic views of the station at interesting angles, but the tighter camera just means you’re closer to the action. Resident Evil 2’s opening hours are still every bit as nerve-wracking and foreboding with the new third-person camera, and it works wonderfully well with the core gameplay.

Resident Evil 2 is essentially a third-person shooter game, with the caveat that you’ll probably suffer a quick death if you choose to shoot everything that’s in your way. But when the game does crank up the action, the shooting becomes rather enjoyable.

This shouldn’t come as too much of a surprise, as every Resident Evil game from 4 onward has been extremely fun to play. But considering that Resident Evil 2 moves at a much slower pace than its action-oriented sequels, it still bears mentioning.

Bullet shots feel impactful, regardless of whichever gun you’re using. It’s still incredibly satisfying to hear the plop sound of an empty round dropping after you’ve pumped a licker full of acid with the grenade launcher. Zombies get the skin ripped off their skulls when you shoot them in the head.

The words, “this game contains scenes of explicit violence and gore” have never rang truer than with the Resident Evil 2 remake.

Reload animations, in particular, continue to shine with the amount of detail the developers have put into them. Character animations are full of little quirks as well that you’ll notice over time, and overall, Resident Evil 2 is simply a very exquisite game to ogle at.

Even the story —which isn’t exactly the high point for your typical Resident Evil game— is engaging every step of the way. Out of all the classic PS1 releases, Resident Evil 2 always had the greatest potential in terms of story and lore, and Capcom definitely delivered on that front.

Characters like Ada and Sherry feel less like silly caricatures, and more like human beings now. Key story scenes have been fleshed out even further, giving the tragedy of Raccoon City a new layer of depth that was only ever slightly hinted at in the original game. I mean, young Sherry Birkin is actually likable now, and that’s saying something.

Intact in the remake are the classic 4th Survivor and Tofu Survivor modes as well. The former has you playing as Umbrella agent HUNK, who has to make it out of Raccoon City alive with limited ammo and healing items. The latter has you playing as a literal block of tofu, where you’ll need to escape the city just like HUNK, but you’re armed with only a knife to defend yourself with.

There’s a lot of content here, especially if you’re planning on playing through all four scenarios with both characters.

The only other thing that could’ve made this game even better (aside from proper B scenarios) is if Capcom had decided to add a Mercenaries or Raid Mode, which I maintain is the best thing to happen to the series since Resident Evil 4, the release of RE7 and RE2 remake notwithstanding.

Aside from the disappointing 2nd Run scenarios, I feel confident in saying that this is the best Resident Evil game ever released. You must understand that I would not make such a bold claim with reckless abandon.

The original Resident Evil 2 itself was already highly regarded by many fans of the series, and it was extremely important that Capcom treated the source material with the utmost respect when rebuilding the game from the ground up. And they did.

The Resident Evil 2 remake enhances almost every aspect that made the original game such a critically-acclaimed hit, while touching up the story bits that might’ve fallen a bit flat during the time of its release. There aren’t quite enough “Ada, wait!”s, and Claire’s classic costume is supposed to have her wearing a black t-shirt, not a tank top, dammit.

I could nitpick at this game for days, but honestly, there’s just no denying that this remake is Resident Evil 2 at its finest, redone and retouched for both new and old fans alike.

The Resident Evil 2 remake is, indeed, the best Resident Evil game ever released. I see that now. It brings back everything that fans loved from the PS1 classic, and presents it in a fresh way that’s both exciting and nostalgic in a modern age. Survival horror isn’t dead, inform the press that Resident Evil really is back.