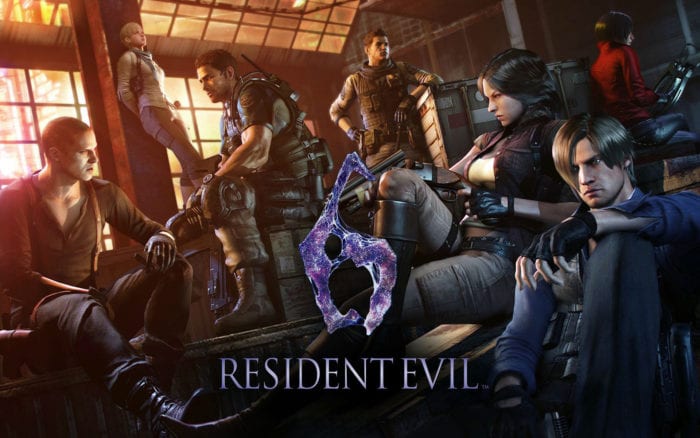 With 2016 being the 20th anniversary of the Resident Evil series, what better way to celebrate its birthday by bringing the three latest entries to the current generation of consoles? Resident Evil 6 is the first of three games Capcom is planning to port over to the PS4 and Xbox One this year, and it’s just as good (or bad, depending on how you originally felt about it) as you remember.

The bioterrorist threat has spread, and it’s now a global pandemic. Players will take control of series favorites Leon, Chris, Sherry, and Ada as they try to bring down the evil Neo-Umbrella Corporation. They’ll also be joined by series newcomers Helena, Piers, and Jake. When Resident Evil 6 first hit the PS3, it set itself apart from previous entries by giving you three different campaigns to choose from. You could play through Leon and Helena’s campaign and fight the traditional shambling zombies; you could also take control of Chris and Piers as they lead the BSAA in an all-out assault against the giant BOWs; if none of that sounds appealing to you, there’s Jake and Sherry, whose campaign largely involves the pair running from Ustanak, a Nemesis-style BOW that chases you relentlessly.

A nice change that comes with the port is that Ada’s campaign is now available to players right from the get-go. Previously, her campaign was only unlocked after playing all three campaigns to completion, but now you’ll be able to skip right to her with no complications. Also added to the port is the slew of DLC multiplayer maps and modes that you can enjoy right from the start. Onslaught, Predator, and Siege are new modes where you can play against other players, or cooperate with them as you take down hordes of zombies. Your mileage with these modes may vary though, since the player base for Resident Evil 6 on the current consoles doesn’t seem to be very huge.

Whether you hated Resident Evil 6 or loved it, you can’t deny that this entry has the best Mercenaries mode yet. The number of characters is pretty limited, but the more you play, the more costumes and weapon loadouts you’ll unlock. With the port, you also get access to new maps, which means new enemy spawn points to look out for, and new strategies to adopt when playing this mode. When you think you’ve gotten good at Mercenaries, you’ll want to try your hand at the No Mercy mode, which is essentially a harder version of Mercenaries with a higher enemy spawn limit, and a higher number of enemies onscreen. Mercenaries mode itself is already pretty intense, but the included No Mercy mode will give you a serious run for your money.

That said, it is worth mentioning that the gameplay and camera controls do feel rather archaic, which is to be expected from a game that originally released in 2012. Aiming is extremely slow, your camera movement feels clunky and unwieldy at certain points in the game, and even switching from crosshair to laser aiming didn’t do much to help the accuracy. Coming back to Resident Evil 6 right after a game like The Division certainly didn’t do any favors for this game’s cover system either. The cover system feels just as unintuitive as it did in 2012, and has led to many rage-inducing moments where Piers would keep getting knocked onto his back because I couldn’t get behind cover quickly enough.

Archaic gameplay and controls aside, though, Resident Evil 6 still remains as one of the most enjoyable co-op games to play with a friend. Whether you’re playing online or with a friend next to you, the cooperative elements really shine through the many moments you have to watch each other’s backs and open up pathways for your partner. There are many points in the game where characters from different campaigns will intersect, and if you’re playing online, the game will try to match you up with another pair that might be at the same story point as you. It’s a neat little feature that I thoroughly enjoyed on the PS3, though it has to be said that match-ups on current consoles are a lot less frequent.

Resident Evil 6 continues down the divergent path of shaping the series into more of a third-person shooter game than survival horror, but there’s so much content here that’s actually fun to play through it’s difficult to criticize it too much. Resident Evil 6 HD won’t convert any haters, but if you loved the 2012 release and can’t wait to jump back into it with a friend, this is still the same game you enjoyed from four years ago. If you missed out on the DLC content, there’s even more to explore in the multiplayer modes. Say what you will about Resident Evil 6, this game aimed to be a fun cooperative experience, and it nailed that perfectly.