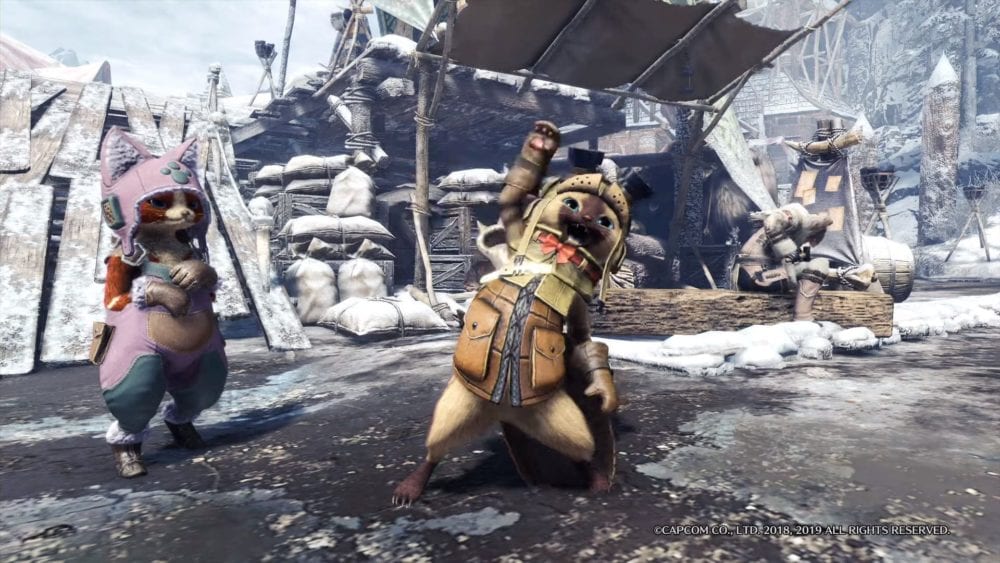 The first is likely the cutest thing you’ll see today, featuring a hunter’s best friend dancing while introducing the new home base in Seliana, which we’ll be using to launch our operations in the new Hoarfrost Reach area.

We get to see every location, even if your attention is likely going to be elsewhere.

The second trailer features Glavenus, from its debut in Monster Hunter Generations, to what it looks like today.