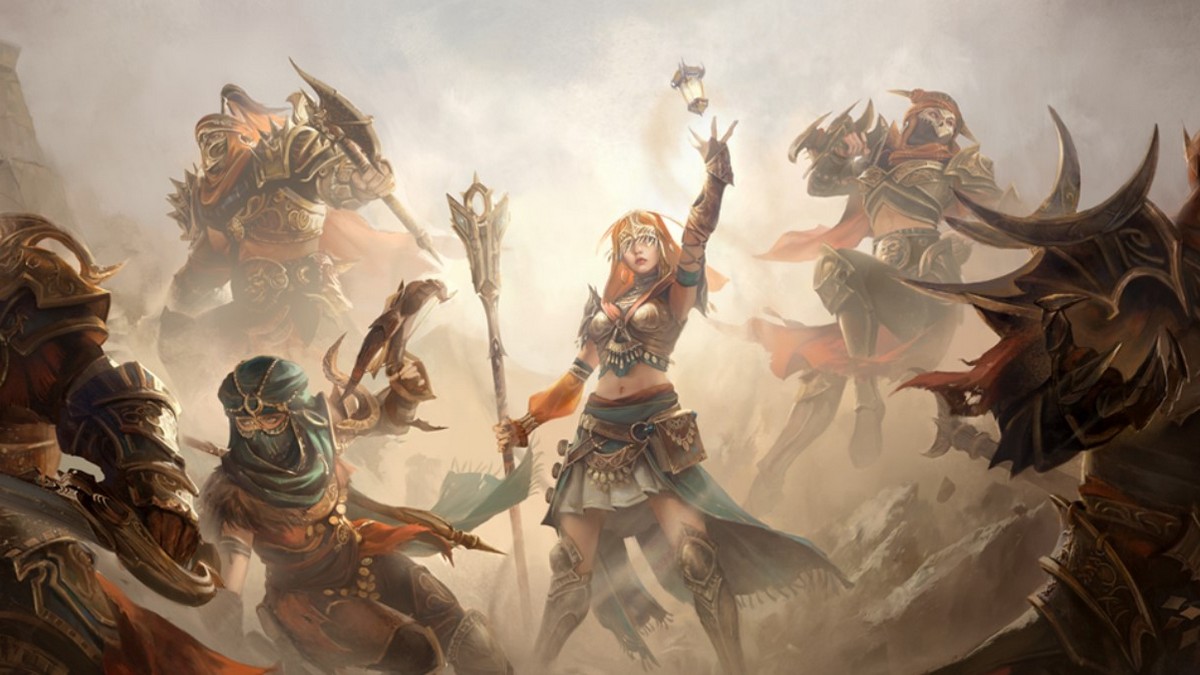 No matter how strong a year’s video game lineup is, there’s always going to be one or two disappointments thrown in. It’s inevitable; not every game is gonna be a paragon of perfection that lives up to the gaudy expectations placed on it.

2022 has been no different; this year came out of the gate sprinting with heavy releases before going a bit quiet. It’s still been a strong year, though it’s fair to say there have still been some disappointments. Here are ten things from the video game world in 2022 that failed to live up to expectations.

Let’s ease into the list a bit with something that’s not an individual game. 2022 saw the cancellation of an in-person E3 for the third year in a row, though unlike 2021, we would not even receive a digital event of any kind. Instead, it was time for Geoff Keighley’s Summer Game Fest showcases to take the floor.

While these shows had some noteworthy announcements, such as the long-awaited return of Dead Island 2, Summer Game Fest’s kickoff event and Gamescom Opening Night were both two-hour long showcases that felt long-winded and often unmemorable. Showcases like this often go for a massive quantity of games, but as a result, get lost in themselves when it comes to memorability.

Shows like this make you yearn for a more focused showcase like a Nintendo Direct, which packs a lot of quality into a 40-minute runtime. Even with E3 showcases generally running from an hour to an hour and a half, they feel like they give viewers room to breathe, instead of throwing a bunch of games in their faces. Geoff Keighley’s showcases are a wonderful concept, but this year’s events make you wonder if maybe a bit of focus should be put on trimming things down for a more succinct show.

The revitalization of the 3D platformer over the past few years has been a breath of fresh air. It’s been fantastic to see classic franchises of the past return, such as Crash Bandicoot, Spyro the Dragon and Psychonauts. With this return, however, comes some downturns, and Kao the Kangaroo was one of them.

While Kao the Kangaroo is a functional 3D platformer, its biggest crime is its general averageness. With so many platformers offering up transformative new experiences, it’s important that new titles find their own unique niche to help them stand out in the genre. Sadly, Kao the Kangaroo barely keeps pace in the footrace between other 3D platformers.

As a revival of an obscure 2000s platformer, its existence may make you wonder how it received a new entry before other noteworthy franchises, such as Banjo-Kazooie and Sly Cooper. As it is, Kao the Kangaroo feels like a disappointing return that should’ve stayed in the past.

It’s hard to deny the sheer quality of 2013’s The Last of Us. It’s truly a marvelous game that still holds up incredibly well after nine years. So much, in fact, that the announcement of a remake with a full $70 price tag was enough to raise some eyebrows this past June.

The Last of Us Part I is definitely built with a lot of care and effort from the team at Naughty Dog, but one has to wonder if that level of care could’ve gone to remaking another Sony property. The Last of Us still plays as well as it did back in 2013 in its previously available PlayStation 4 version, making this update feel superfluous.

More disappointingly, this new remake is a full-priced, $70 purchase. While Sony has been adamant about charging $70 for PlayStation 5 games, is it really necessary to do such a thing for a second redux of a nine-year-old game that, frankly, didn’t really need it? It’s a disappointing practice that has followed (and will continue to follow) this re-release as it makes the rounds.

It should be said: not every video game “disappointment” is inherently bad. Sometimes, a game is perfectly fine in its own right, but just can’t shake that feeling that it could’ve been a lot cooler than it actually was. Case in point: Ghostwire: Tokyo.

Ghostwire: Tokyo offers up a fascinating, scary setting in a ghostly Tokyo, and its spell-based first-person gameplay can be quite fun. Sadly, the game failed to provide a new flavor to the bloated open-world genre, while being bogged down by repetitiousness and lackluster action design.

It’s sad to see, especially considering that developer Tango Gameworks really hit its stride with The Evil Within 2 in 2017, and that this may have been a potential system seller for the PlayStation 5. After all, it was the last Bethesda game with pre-existing PlayStation exclusivity ties prior to the Xbox acquisition. Sadly, despite those high expectations, the game landed as something good, but sadly not great.

It’s always fun when a long-dormant franchise you once loved returns in a blaze of glory. You’ve been hoping for it to make a comeback for a long time, and its return is just as fun and exciting as the original games, if not more so. Sometimes, though, a franchise revival can be a massive swing and a miss, and Saints Row certainly feels like that.

Though it carries a lot of the chaotic tone that the series is known for, Saints Row suffered by way of feeling a little too old. With outdated mission structure and design choices, weak writing, and a myriad of bugs, Saints Row just wasn’t the revival fans were looking for.

Given that the franchise has laid dormant since 2015’s Saint Row: Gat out of Hell, it’s fair to think this could’ve been more than what it was. Sadly, it’s bound to be one of the year’s most polarizing titles.

Flying Wild Hog, the team behind the Shadow Warrior series, tried its hand at a 2D side-scroller with Trek to Yomi. Things looked good early on, and it appeared to have the potential to stick out as a pretty special title. Sadly, while it’s clear there was passion here, not all of that translates into a tremendous video game.

Despite its beautiful Kurosawa-inspired presentation, the gameplay falls stunningly short in several respects. Combat lacks depth, and ultimately becomes a repetitive slog as the game drags its feet to the finish line.

As it is, it feels like Flying Wild Hog was more interested in making its own version of a Kurosawa film than it was in making a strong video game. Ghost of Tsushima was also an ode to Kurosawa, but beyond its visual splendor, it was still an enjoyable game to play. Unfortunately, Trek to Yomi falls short as a dazzling, but frustratingly forgettable, game.

It’s particularly rough when an otherwise solid game becomes forgotten about because the attention turns to its controversies more than its quality. Yes, Gran Turismo 7 landed with positive reviews, including one from Twinfinite’s own Omar Banat, but all of that was wiped away from memory when game updates created a massive grind and pushed the dreaded microtransactions to the forefront.

While the game initially offered a good amount of in-game currency, later updates forced players to either grind for hours, or spend up to 20 million credits (which equates to $200 in real-world money) to get the best cars. Not helping matters was Polyphony president Kazunori Yamauchi defending the high prices by noting a desire for the in-game cars to represent the value and rarity of their real-world models.

All of this cast a foul skid mark on a game that, otherwise, seemed really good. With Xbox’s massive success with the Forza franchise, Sony’s newest Gran Turismo title was set to be a major return to form that provided good competition. Sadly, any positive feelings about it were unfortunately balanced out by the dark shadow cast on the game by its scummy business practices.

You would think that a new entry in a major franchise with over a billion worldwide players and $12 billion in revenue as of 2018 would have some checks, balances, and quality control put into it. For Crossfire’s first release on a home console, CrossfireX provides a compelling argument to also be the last.

Divided into two sections, CrossfireX’s free-to-play multiplayer offering was a total nightmare of dated design and horrid controls that indicated a lack of effort in anything other than the fully functional microtransactions menu. Even more disappointing was its campaign: designed by Alan Wake developer Remedy Entertainment, this slapdash excuse for a single-player experience feels like nothing more than a soulless copycat of military shooters from 2007.

As an exclusive to Xbox (and a Day One release on Xbox Game Pass), CrossfireX may have been positioned as a throwback to the old-school FPS games that defined the Xbox and Xbox 360. Sadly, it just felt like a pale shadow of them, while feeling like it would’ve been better if it was released alongside them.

How did this happen? How did we get to this point? PlatinumGames has such a consistent, fantastic track record with action games, with the Bayonetta franchise, as well as titles like NieR: Automata. Who could’ve expected them to fall so far with Babylon’s Fall?

While there was plenty of skepticism approaching this game with its announcement as a live-service title, it would still be reasonable to assume that Platinum’s incredible history with action titles would take this higher. Instead, it grappled through frustrating progression, a poor excuse for a gameplay loop, and a bevy of microtransactions that shot it down from the start.

Its playerbase hit a dubious low in May 2022, when it was reported that the game only had one active player on Steam. Kudos to that person for sticking through, but a game like this shouldn’t have come from such a talented developer. Perhaps this will make PlatinumGames think twice about pivoting to live-service titles and help them refocus on excellent single-player games like the upcoming Bayonetta 3.

Perhaps the harshest disappointment of them all is the kind where you expect nothing, but you still get let down. Diablo Immortal seemed like a bad idea as soon as it was announced, even receiving a snarky fan question asking if it was an “out-of-season April Fool’s joke.” It certainly wasn’t, and even those who wrote it off could not have foreseen the disaster it would become.

While it initially seemed Diablo Immortal would be nothing more than a reskinned Diablo III for mobile phones (and PCs, because no developer snarking could overtake the merciless booing at the game’s reveal), there were nastier pay-to-win mechanics lurking under the surface. As the game progressed, it would become exceedingly harder to advance without paying real-world money for things.

Thus, players had two options if they wanted to fully upgrade a character: play for approximately 10 years without paying for things, or pay…get this…anywhere from $100,000 to $600,000 of real-world money. That is absolutely asinine, and needless to say, users have hounded Blizzard for these intense levels of greed.

Blizzard released some unsatisfactory responses to this and, as if the company’s reputation hasn’t been stained enough, did further damage to themselves with the final product. While we’ll hold out hope that Diablo IV can bring Blizzard back, it seems fair to express a healthy amount of caution when approaching it.

What are some video game disappointments that you’ve had in 2022? Sound off in the comments below!