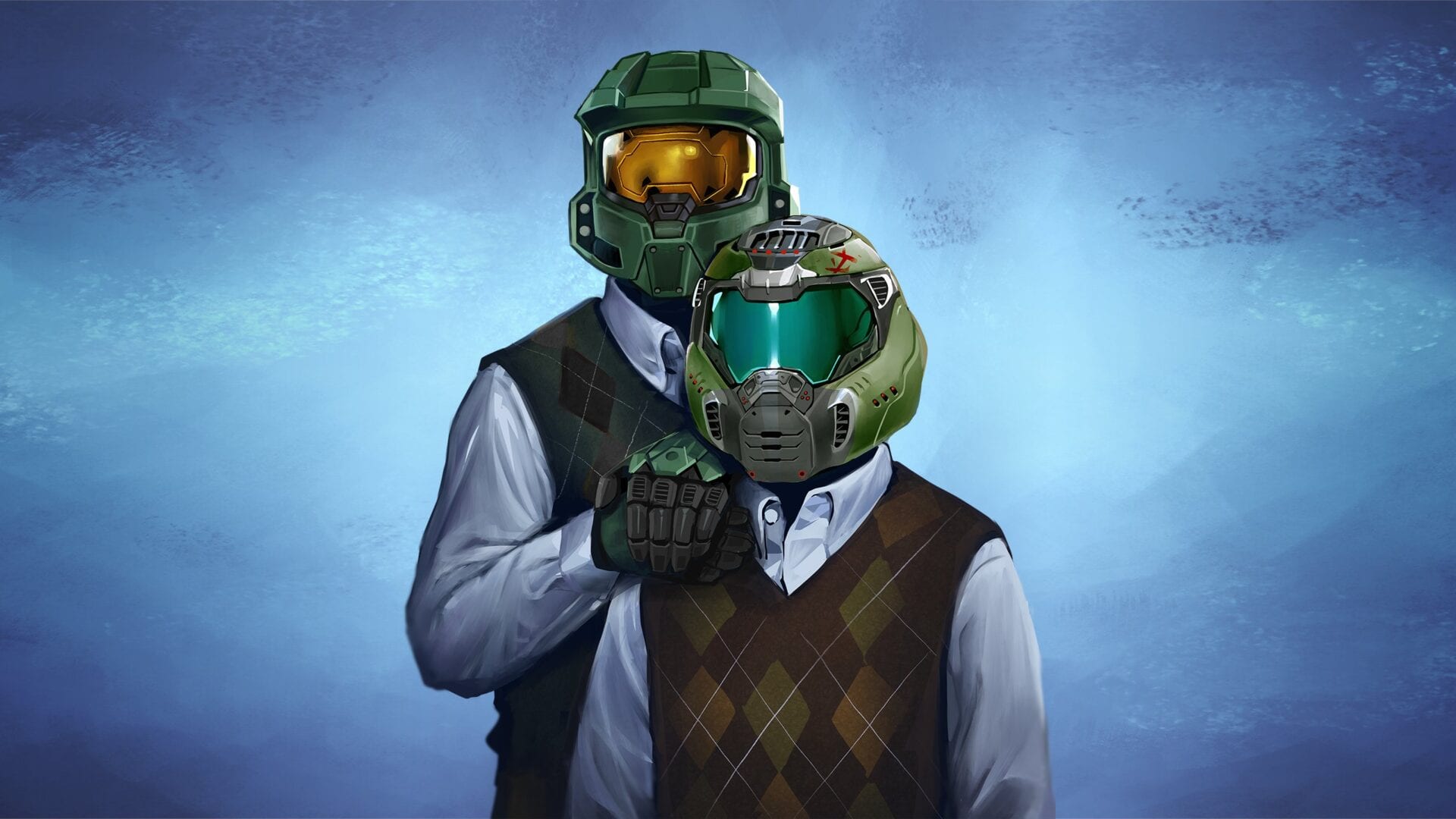 Microsoft has certainly been keeping the news of the acquisition of Bethesda close to forefront of the audience’s thoughts, and apparently, they aren’t done.

Today they showcased a “one-of-a-kind portrait” commissioned to celebrate the new family member, and it certainly fits the family theme.

It portrays Master Chief and the Doom Slayer in rather… familiar pose and outfits.

Apparently it’s only the first of multiple similar portraits, and you can see it in the Tweet below.

It’ll certainly be interesting how the acquisition of Bethesda will shift the balance of the market.

If you’d like to hear more, you can check out a video in which three of the major players in the acquisition (Xbox division head Phil Spencer and Bethesda’s Todd Howard and Pete Hines) talk about what led to the fateful decision.

A more recent video provided hints on the future including exclusivity, Game Pass, and news that are supposed to be delivered this summer.

It’s worth reminding that ZeniMax Media and all of its brands (including all of Bethesda’s many development studios) have been acquired by Microsoft for $7.5 billion. The news were shared late last year, even if the deal has been finalized only recently.