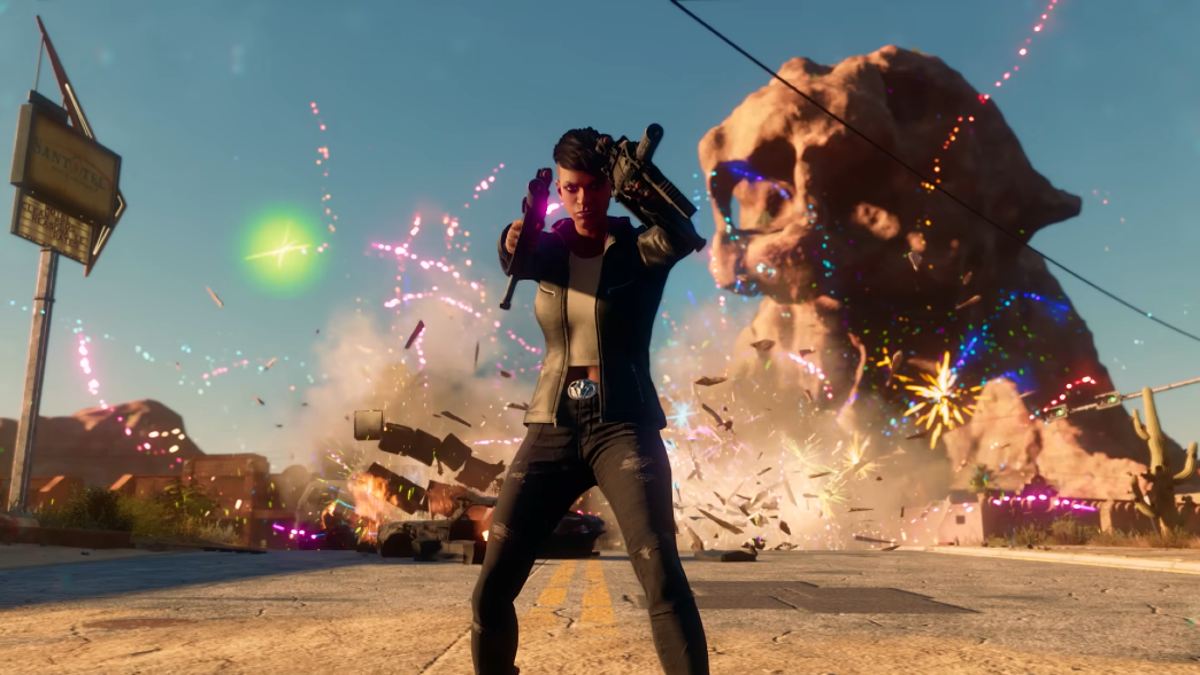 Saints Row might be one of the most interesting games I’ve played in the past decade. On the one hand, its story and characters leave a lot on the table. On the other hand, the sheer chaos of its gameplay is enthralling enough that things kind of balance out and make the reboot feel worth it in the long run.

The story begins with a rather relatable narrative for many these days, as we’re introduced to four roommates, including the protagonist, that need to do whatever they can in order to make rent – and all with no health insurance. The neat part is that each of these characters are friends, despite being on different paths of life and having varying interests.

Neenah loves cars and works for the gang known as Los Panteros. Kev is all about the Gym and having a good time and is a part of The Idols. Eli is the brains and wants to start his own business. The Boss, your character, signs on with Marshall Defense Industries to make some cash and use their murder skills without going to jail.

After completing a few mainline quests, Saints Row gives your character free rein to explore Santo Ileso and all it has to offer. And boy, is there a lot to do.

Beloved side missions like Mayhem and Insurance Fraud are back, and there’s also some crazy new ones to enjoy like Riding Shotgun, Boot Hill, and the Wanted App. New and old side missions alike all focus on doing as much damage as you can in different ways, which was always what the series did best when compared to its more grounded counterparts.

On these adventures, there are also plenty of amazing guns to use, including one that lets you shoot through walls and another that fires boxing gloves that do pretty serious damage. On top of this, regular guns can also be upgraded to have hilarious skins on them, allowing you to turn regular pistols into deadly, vibrant finger guns.

Sure, it’s no dubstep gun, but the amount of customization that can be done in regards to weapons is super satisfying and really easy to get lost in. That is something that Saints Row does well in every department, actually, as it allows you to change up just about anything you can think of in the game, especially when it comes to your character’s design and look.

Within the first few hours, I role-played everything from a cowboy to a raver, which resulted in some pretty hilarious cutscenes and interactions. Getting to add wrecking balls to the back of your cars and skins that make your guns look like a giant shark also added to the more modern vibe of the series, alongside creating some really fun moments.

Getting to fully customize the Saints HQ – which occurs much later on in the main story – is like a game within itself, as you’re able to go around Saint Ileso and add over a hundred different collectibles to your crib. Nothing is more satisfying than having a golden toilet, I can tell you that much.

The amount of effort that was put into customization aspects of Saints Row is genuinely insane, and it really shows. After a few hours of this, I found myself back on the main path of the game, as I was eager to see where the situation with Marshall would go.

Considering the name of the game, it wasn’t long until all of the roommate’s situations backfired, forcing them to start their own gang, known as The Saints. At first, I enjoyed this down-to-earth approach, as it made the characters and their situation easier to empathize with.

As the story progressed, though, I couldn’t help but feel like there was something missing. Eventually, I realized what it was: the pre-established relationships and dynamics of the group.

One of my favorite parts of the original Saints Row games was creating a character and getting to see their entire rise to power. Going from a low-level thug to the leader of a city to a superpowered President that fights off aliens was one hell of a ride.

But what made the journey worth it, no matter how unrealistic and crazy it became, were the stories, characters, and friendships that we made along the way. Meeting characters like Shaundi or Gat and getting to see those friendships blossom over the course of multiple games from the jump was a treat and served to make for a great combination of fun and impactful moments.

To this day, I still remember how insane the entire story surrounding Aisha and Johnny Gat was. Her death, the funeral scene, and how it all affects Johnny is one of the best arcs I’ve ever witnessed in a game.

Alongside impactful moments like this, it’s also still hard not to laugh thinking about singing in the Car with Pierce in Saints Row 3, especially since it was so in line with the bromance these two had throughout the series. Those relationships and the narratives are what built the foundation for my love of the original game’s stories.

With the new Saints Row reboot, it feels like there is a chunk of that story that is robbed from us. Sure, there are a lot of great moments where you bond with characters, like a Larping side mission with Eli, but I would have killed to have seen them all meet on Craigslist or something and get to know each other that way.

Instead, their relationship is already established, and we’re told they’re a family already. This decision is far less impactful than if the story was given time to breathe a bit and was focused on the people in the group, as opposed to the brand of The Saints.

This idea that the game wants you to focus more on The Saints instead of the people in it is also reinforced by its story length and structure. Not only is the main story short, clocking in at around 6-8 hours, but it also has an ending that is setting up for a sequel, as opposed to focusing on the story at hand.

The fact that the Empire Table and its Business Ventures don’t really matter too much to the main story also really put a dent into the congruity of things. While there’s some aspects that lend to the main story, not having the Business Ventures be the crux of progressing it was a big mistake, as it makes them feel less important, despite how much we are told they’re the backbone of the gang’s success.

With all that said, even though the story of Saints Row was disappointing, I still couldn’t put it down, as the gameplay was just so fun, especially when experiencing it in co-op with a friend. Like in past iterations, you can play the entire way through the campaign with someone else pretty seamlessly, though there was some jank here and there.

Whether it was my character appearing naked to my co-op partner, even though they were actually fully clothed, or characters spawning outside of the mission area, there were definetly a few kinks to be worked out while playing. The funny thing is that these issues did not dampen the experience for my friend and me whatsoever.

While I could have been annoyed about needing to shoot my grenade launcher up onto a highway to overcome the character spawn, I found myself too busy laughing at my partner getting blown up by cars I shot at near him or seeing him divebomb into the ground in a squirrel suit. The fact that partners also carry over their own weapons and customization elements also results in golden moments of comedy too.

One moment I’m looking at a somewhat normal-looking character, and then the next time I see my partner, he’s turned himself into a giant ice cream cone mascot. Couple this with the pranking system that lets you turn your friend into bees and mailboxes or has them do silly actions like flailing their body around uncontrollably, and you can see why Saints Row ends up being so fun to play with someone else.

Overall, anyone who was a fan of the franchise before this will likely still love Saints Row, as the comedy, goofiness, and chaotic gameplay is still at the game’s core. And while I wasn’t a fan of how they went about the story, there’s definitely some promise in regards to its more grounded focus, as it seems clear this reboot was made to push the series into an interesting new direction. 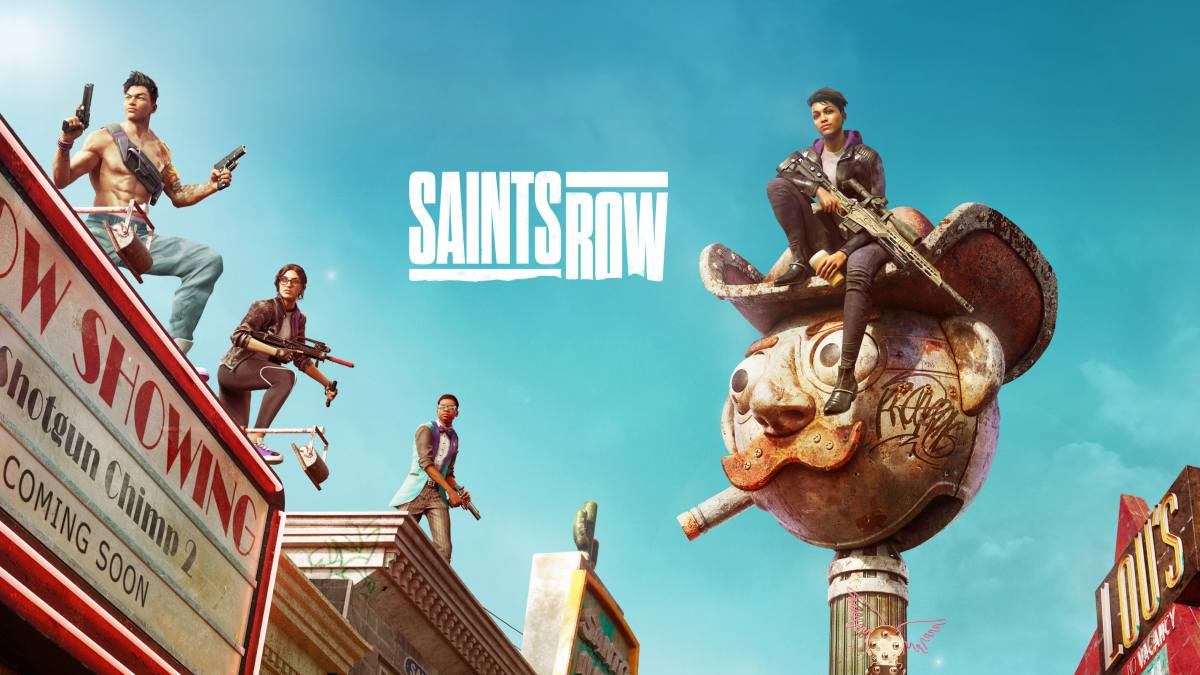