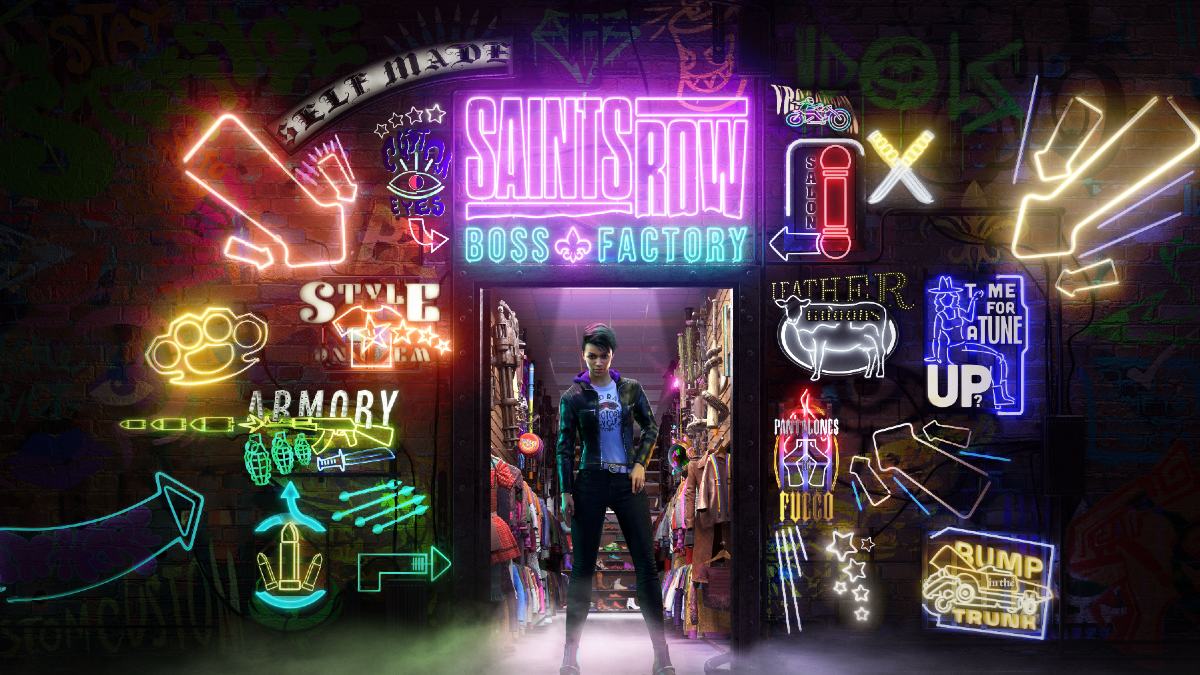 Ever since it debuted in 2006, Saints Row has been one of my favorite franchises in gaming. The sheer absurdity of its story and gameplay was always refreshing compared to all the serious and gritty action-adventure games that have been released over the years.

So, when Deep Silver invited me out to Las Vegas to try the upcoming reboot of Saints Row, I simply couldn’t wait to see what was in store. Thankfully, it’s good news for Saints Row and co-op fans.

The hands-on preview opens up at the start of the game, teasing an interesting mystery surrounding the Saints before jumping back a bit to before they were officially founded. The story starts out with a bit of a surprise, as your character isn’t actually a part of any of the gangs that make up the streets of Santo Ileso.

Instead, it’s revealed that you’re actually a new recruit for Marshall Defense Industries, a private military company that has advanced weapons and plenty of cash to blow. The first few missions are pretty straightforward, as they re-introduce mechanics like combat, character creation, and driving.

Each one of these elements will feel familiar to anyone that played the original Saints Row titles, as it blends both the practical aspects of the earlier titles with the goofier, unrealistic gameplay from more recent games. For example, the gunplay feels controlled, smooth, and realistic, while actions like riding in a monster truck or bouncing off people’s heads to maintain air while wing-suiting is chaotic and fun.

Unfortunately, it doesn’t take long before things go awry for you and your roommates, with the combined disorder causing you all to band together to form the Saints. Thankfully, this is when Saints Row opens up and allows you to go about your business and explore the world.

While exploring everything that Santo Ileso has to offer, I spent some time feeling how different the desert terrain was, unlocking cool easter eggs and references, and killing targets to earn a little bit of extra cash.

In one of these, I even got to take control of a Monster truck to wreak havoc. It was so fun that I truly began to understand why Maero loved them so much in Saints Row 2.

Just about every side hustle, criminal venture, and optional mission I did was enjoyable and also served to build up the game’s world, as they added context to a lot of the gangs and crime that go on in Saint Ileso. There was honestly so much to do outside of the main missions that I actually didn’t have time to try out everything.

Now, that doesn’t mean that main missions are anything to shake a stick at either. In fact, I found myself way more invested in this Saints origin story than the original one thanks to the mission variety and the characters that make them up.

In one mission, you could be terrorizing a realtor by driving into oncoming traffic while Kevin makes quips in the passenger seat. In another, you and your trusty cowboy friend JR are riding through a sandstorm trying to jack important items off a huge gang convoy. Just about every mission had its own fun and unique element to it.

What’s also nice is that, just like most of the past games in the franchise, I was able to play everything mentioned above while in co-op, which is blended in seamlessly. Despite the story being about one boss, my partner and I each got to experience the cutscenes from our own perspectives before being thrown back into gameplay together.

There were so many moments in the game that were made better by playing in co-op. Whether it was the time I accidentally blew us up by riding a bike full speed into Saints headquarters or when my partner when flying off the top of our car after I hit a big jump, I can’t remember the last time I laughed that hard playing co-op in a video game.

Arguably my favorite part about co-op in Saints Row, though, is the prank feature that they’ve implemented. In past games, there was always a way you could mess with your co-op partners, hitting them with cars and whatnot, but nothing compares to this new mechanic.

By pressing left on the d-pad while playing co-op, you’re able to see an objective that you need to accomplish in order to build up your prank meter. This can be something as simple as drifting a certain amount of times or reloading.

Once built up, a number of hilarious things can start to happen to your partner’s character. The first time a prank happened to either one of us during the preview occurred while I was wing-suiting off the top of a building. Literally, as soon as I jumped, I turned into a mailbox.

Since this was the first time a prank had been pulled in the game, I was equal parts confused and cracking up to see my mailbox souring through the air and getting into cars in odd positions. Thankfully, I was able to get him back later, making him flail around like an idiot in the middle of a cutscene.

It’s small features like this that have been added into the already solid foundation of the Saints Row franchise that has me eager and excited to play the reboot when it comes out for Xbox Series X|S, PS5, Xbox One, and PS4 on Aug. 23, 2022.