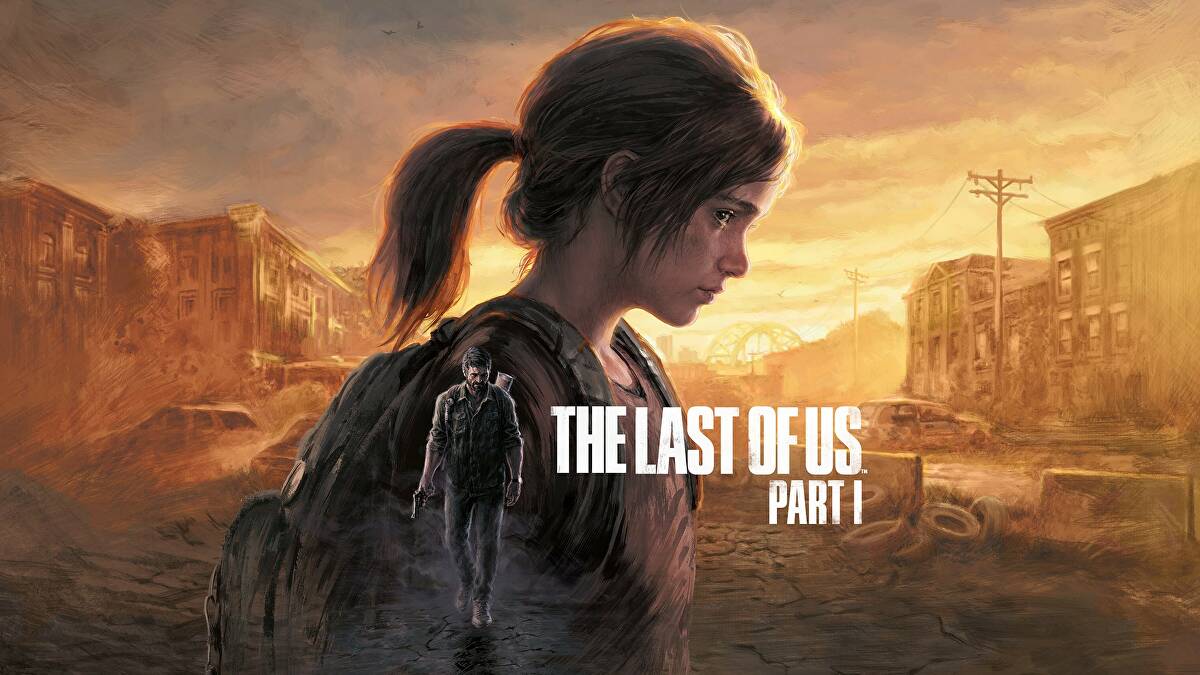 The Last of Us Part I on PS5

Few games have left such an indelible mark on the gaming industry as Naughty Dog’s cinematic survival horror opus, The Last of Us. First released back in 2013 as a PlayStation 3 exclusive and then 2014 as a PlayStation 4 remaster, it managed to earn numerous accolades and Game of the Year awards, and deservedly so. Now, almost ten years after its original release, we have a “from the ground up” remake built specifically for the PlayStation 5.

I’m going to cut right to the chase: if you’ve not played The Last of Us yet, it’s safe to say it’s one of the best games ever made. From its deeply thought-provoking and tragic story to its nail-bitingly intense horror-action to its stellar post-apocalyptic world-building, Sony’s beloved horror IP tells a resonant story that will stay with you long after the credits have rolled.

You assume the role of Joel, a likable father whose heart is heavy with loss. Following a global pandemic that transforms its victims into violent zombie-like monsters with a penchant for human flesh, modern society is turned upside down as governments around the world scramble to control the threat and curb the infection’s spread – by any means possible.

As time lurches on, pockets of primitive civilization begin to rise from the ashes, but it’s a resistance group known as the Fireflies that may hold the key to finding a vaccine that will potentially bring an end to humankind’s suffering.

While on paper this sounds like a slightly trite setup – and in reality, it kind of is – the way the story is presented, performed, and grounded so deeply in reality is what makes the moment-to-moment experience of The Last of Us so utterly compelling. You see, the infectious fungal disease at the heart of the game’s story is in fact a real-life affliction.

Mechanically, The Last of Us plays out like a third-person survival horror experience with an emphasis on stealthy cat-and-mouse gameplay, crunchy melee combat, and intense shootouts. Outside of combat, you’ll be spending a lot of your time scrounging every nook and cranny for resources to help you craft a consistent supply of useful items like Molotov cocktails, Nail bombs, and Health kits in a bid to aid your ongoing survival.

Meanwhile, slotted between all of the nail-biting gameplay sequences are some of the best-acted and best-written video game cutscenes ever conceived. Even to this day, The Last of Us stands tall as one of the biggest achievements in the entire industry from both a narrative and visual perspective. No small feat, indeed. However, now that we’ve established how gosh darn incredible The Last of Us is, many of you may be wondering what this brand-new PS5 remake ultimately brings to the table. And with that in mind, there is quite a lot to discuss.

While the core of Joel and Ellie’s narrative remains intact in The Last of Us Part I, a huge amount of effort has gone into the game’s new facial animations, environments, enemy AI, and freshly implemented DualSense and 3D audio features. Let’s start with the newly improved facial animations, then, and you’ll be surprised by just how much extra nuance and richness has been eked out of the already outstanding performances from Troy Baker (Joel), Ashley Johnson (Ellie), Jeffrey Pierce (Tommy), Annie Wersching (Tess) et al.

Not only has the overall fidelity of the game’s facial capture been dialed up a notch, but you’ll notice small touches to how the characters react and emote during cutscenes that were a little harder to discern on last-gen hardware. Further, the environments have largely been overhauled as well, with improved lighting and textures.

Some areas even boast supplemental details that weren’t in the original – like the Boston Statehouse Museum’s bottom floor – which was mostly empty in the original but now houses historical artifacts like art canvases and busts of prominent American political figures. On top of this, this new remake introduces the immersive upgrade system from 2020’s sequel The Last of Us Part II.

Essentially, instead of simply seeing Joel’s back as he upgrades his weapons at a workbench like on PS3 and PS4, this new version sees the specific weapons getting their very own makeover replete with new components like a new muzzle or a new grip, for example. In short, the newly implemented upgrade system combined with the additional boost to fidelity really helps to add an extra layer of realism to an already phenomenally realistic-looking game.

But this new PS5 remake isn’t just solely focused on the cosmetic side of things as there have been numerous tweaks made under the hood. Namely, the enemy AI has been much improved, too. Enemies behave in a more dynamic way when compared to the original: Stalkers hide in the shadows more, Clickers and Bloaters move more aggressively, and Hunters flank you more tactically than before.

Outside of this, though, are some terrific accessibility options. There are a plethora of different ways you can tweak the gameplay to your liking. From alternative controls to screen reader and audio cues to combat accessibility, there are a lot of options to dig into to help tailor the gameplay experience of The Last of Us Part I to your personal preference, which is always laudable.

Finally, the newly implemented DualSense and 3D audio features are worth a shoutout as well. As is par for the course with PS5 exclusives, the DualSense helps add extra texture to the immersiveness of the world: using a Health kit requires additional tension to pull the R2 trigger down, for instance, while you’ll also be able to “feel” the drizzle of rain or the bluster of a blizzard through the controller as well. Additionally, the 3D audio sounds excellent and really helps to amp up the tense horror atmosphere, especially with a pair of Sony’s Pulse 3D wireless headsets.

I’d be remiss if I didn’t mention the elephant in the room, though. While this latest version of Sony’s classic shines brightly on cutting-edge hardware, it’s worth mentioning a poignant and provocative question that rears its ugly head: in short, is The Last of Us Part I remake really necessary? This would mark the second time the game has received the remaster/remake treatment in less than a decade, which does feel – especially for someone who bought each game – a little much.

In truth, the answer to that will vary greatly from person to person. What I will say is this: Naughty Dog’s masterpiece is absolutely essential; if you’re yet to experience it, The Last of Us Part I is a no-brainer. If, on the other hand, you’re one of the many folks who’ve already experienced the original, this revamped version is undoubtedly a slightly tougher sell. Without the Factions online multiplayer component, and with a cost of living crisis going on right now, the reality is it’s hard to not feel like you’re getting a package that is a touch lighter on content than its original iteration. Nevertheless, deep down in my heart of hearts I feel like there’s never a bad time to revisit a classic.

Much like the extraordinary writing within the game, The Last of Us Part I often centers on the small things. Visual improvements, AI upgrades, and DualSense features help elevate one of Sony’s most critically acclaimed and influential exclusives of all time. Taken as a whole, it’s a very human tale that feels just as vital as ever. And with this faithful remake, here’s hoping that a new generation of gamers will get to experience one of the best games ever created. Period.

The Last of Us Part 1 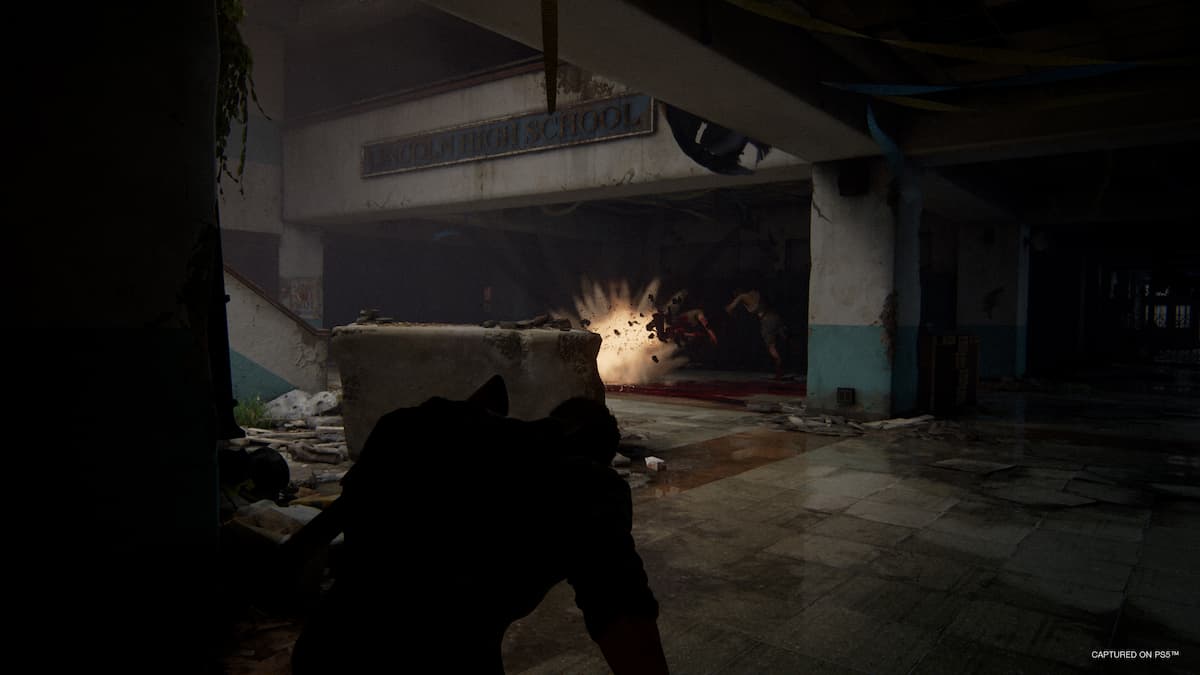