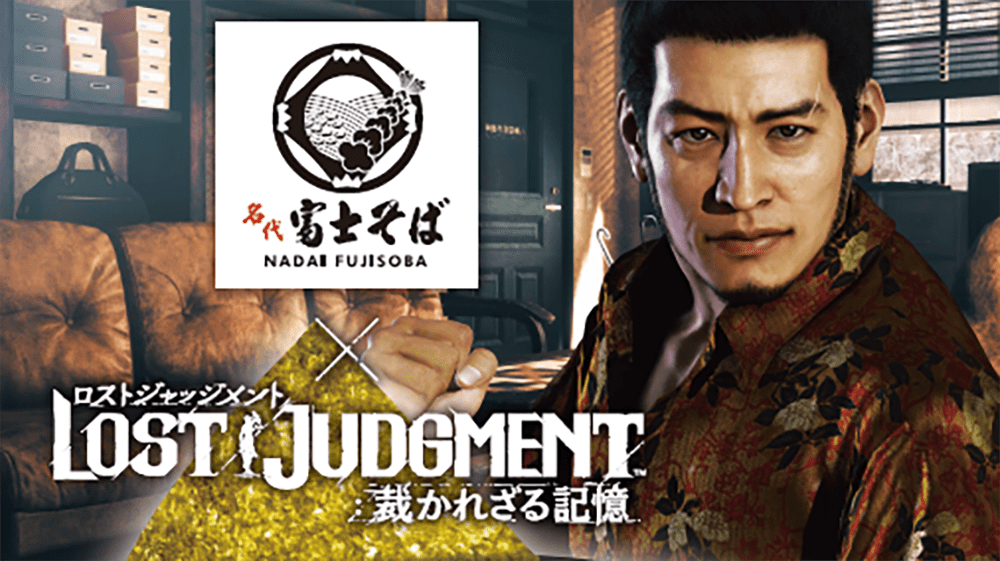 Until October 15, a collaboration menu featuring a bowl of spicy soba with meat, miso, and chili pepper will be available for 560 yen (just north of $5) at the chain’s restaurant. The menu is described as “recommended by Masaharu Kaito”

This collaboration may seem surprising to the western eye, but it’s actually rather common for the Yakuza franchise. As a matter of fact, exactly the same menu was offered in collaboration with Yakuza: Like a Dragon.

The association with Masaharu Kaito is quite interesting, as opposed to focusing on the protagonist Takayuki Yagami. Yet, this isn’t surprising either, considering that putting the likeness of a famous actor like Takuya Kimura on the posters would have likely been more complicated and expensive. Incidentally, Masaharu Kaito will be playable in a dedicated DLC.

As for the reason for targeting the clientele of standing soba restaurants, this really isn’t a mystery. They largely attract middle-aged office workers, which are definitely a classic target for the Yakuza franchise and its spin-offs in Japan.

Lost Judgment is coming for PS5, PS4, Xbox Series X|S, and Xbox One on Sept. 24, 2021. A demo is already available on the Japanese Playstation Store, including English subtitles, and you can read our review.