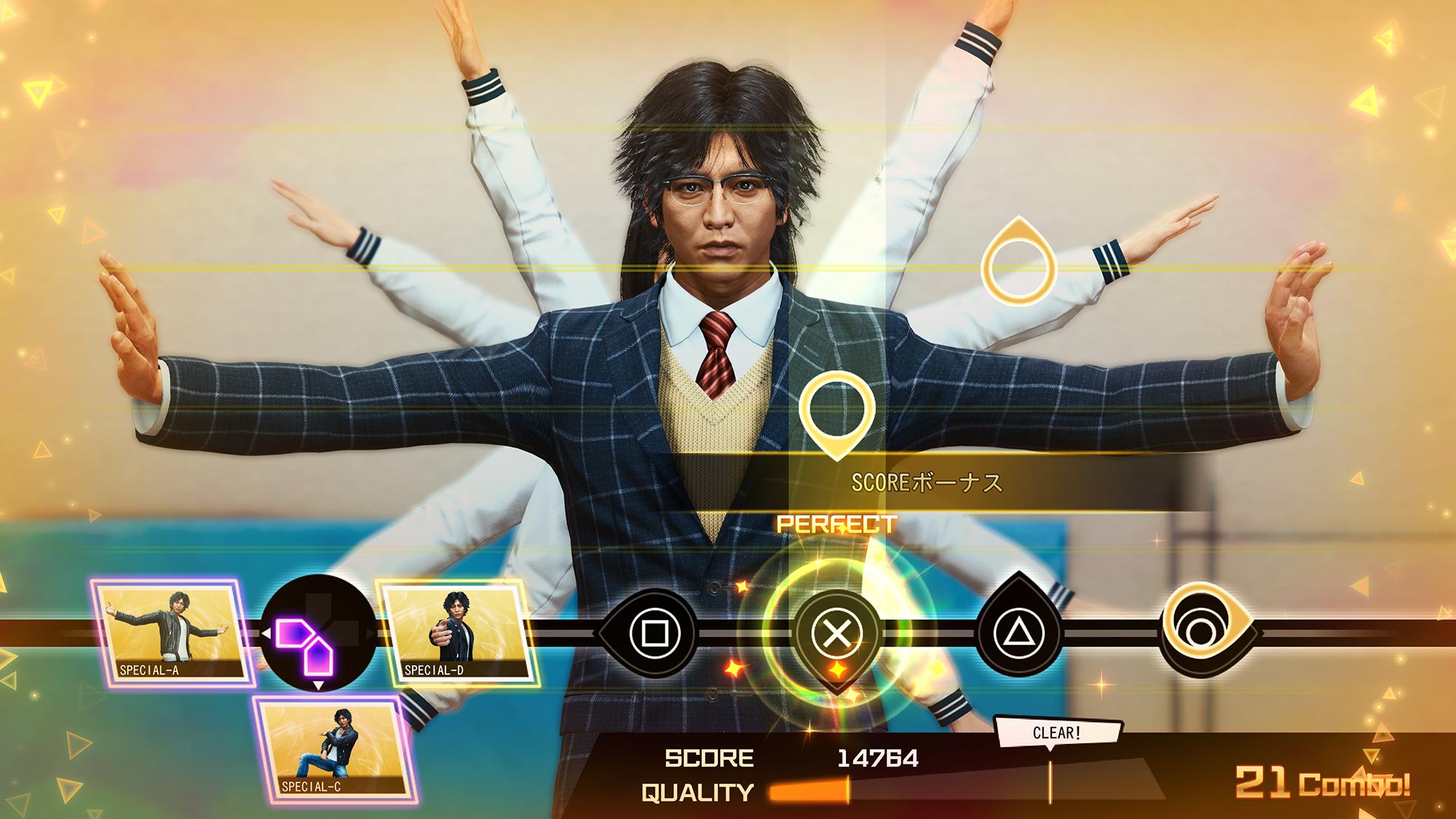 Today Sega reached out with a press release to reveal the bonus and DLC content that will be made available for its upcoming Judgment sequel Lost Judgment.

Here’s what you’ll be able to grab, keeping in mind that some of the content is already coming with pre-orders of the special editions.

If you get one of these (Digital Deluxe and Ultimate Editions), you’ll also be granted an early access on September 21.

This kit of useful items comes with all pre-orders and is available right at launch to kickstart your investigation. This includes the Wayfarer’s Lucky Cat to display in Yagami’s office and bring monetary fortune by distance traveled, Staminan Spark health items, and three Extract recipes to synthesize temporary combat buffs for throwable energy balls, fire-imbued attacks and rapid recovery.

Available at launch to those who pre-order the Digital Deluxe or Digital Ultimate Edition, this bundle further expands Yagami’s lifestyle, combat and detective accoutrements.

Among the three potential girlfriends, we find Tsukino Saotome, who used to be “more than a friend” for Yagami after he helped her, but then life separated them.

Minato Todo is an extremely shy girl who can’t look at people in the eye or talk to them properly. She works as a mascot for the Kamurocho district since the costume lets her avoid making eye contact. Yagami wants to help her .

Kyoko Hayase is Seiryo High School’s nurse. She used to work as a real estate agent, but when the company went bankrupt, she decided to pursue the job of a School Nurse, which has always been her dream. She meets Yagami one night, while afraid that someone was following her on her way home from work.

Available on October 26 for those who pre-order the Digital Deluxe or Digital Ultimate Edition, this pack includes activities to deepen your interactions with the school’s clubs. Fight Yagami’s associates in the Boxing Ring as unique sparring partners, burn rubber with a new Bike Gang motorcycle and parts on a new course, strut a fresh costume and moves on the Dance Team, and a tinker with a new robot to reign supreme over the Robotics Club.

Additionally, Yagami takes boxing from the ring to the streets as a new fighting style that joins his default martial arts styles.

Play as Masaharu Kaito, Yagami’s hurricane of a partner, in The Kaito Files, an independent story scenario starring Kaito. Kaito is playable with his signature, full-power fighting style in this campaign. Available in Spring 2022 for Digital Ultimate Edition pre-orders

You can check out screenshots for every piece of content mentioned above in the gallery.