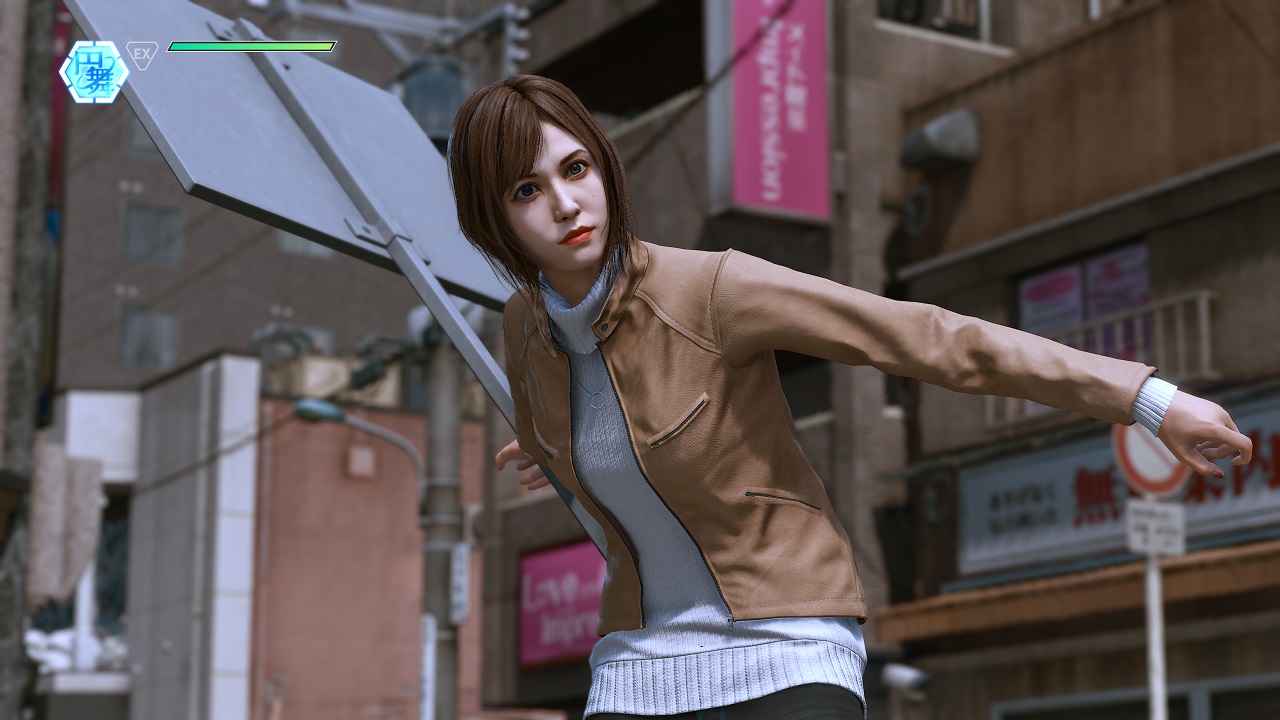 First of all, we get to see the “side cases” that are requests that our hero Takayuki Yagami can take on besides the main story.

Among those we see one in which he has to keep a look on a boy on his “Hajimete no otsukai” (“First errand,” basically when a Japanese kid is sent shopping by themselves for the first time).

In another case, he has to take care of an apparently kind teacher who has a dark past and anger management issues.

There are also cases that can be found simply by exploring the city. One of those prompts Yagami to investigate the theft of Kappa statues destined to be an attraction for the town.

Another case that can be found with the “Buzz Researcher” gadget features someone who is impersonating Yagami himself to commit fraud and blackmail, prompting our detective to find the culprit to defend his own honor.

Other cases are triggered by meetings, like one that lets Yagami meet again with Iyama from the first game and learn how to make herbal medicines.

We also get to see our hero’s offices (one in Kamurocho and one in Isezaki Ijincho) where we can perform a variety of activities. You can receive investigation requests on the bulletin boards (once more, one per locations). You can play records that can be obtained by progressing in the story or clearing missions.

You can decorate the offices with items won at the UFO catchers or gacha machines. You can also check the delivery box where you will receive items from DLC.

Last, but certainly not least, you can play retro games on Yagami’s SEGA Master System and 14-inch CRT TV. Here’s a list:

Lastly, we get to meet Emily S Mochizuki, performed by Lynn. She is a potential girlfriend for Yagami in Lost Judgment and their relationship can evolve to the point of being lovers.

She is 24 years old from England and she works at the Girls Bar “Girl’s Bite” in Isezaki Ijincho. She received from customer information about the case Yagami is investigating. Our hero visits her bar to try and find out what she knows, but she stubbornly refuses to share what another customer revealed.

During the process, he starts finding Emily’s innocent personality and mysterious charm attractive. Eventually, he learns that she is in grave danger.

In order to deepen their relationship, Yagami needs to engage in conversations based on topics that he can find out in the city. Giving presents and playing with her also helps.

When Emily becomes Yagami’s lover, she will support him in combat restoring his EX Gauge.

If you’d like to learn more, you can enjoy the original announcement, the first screenshots and details, the opening cutscene, and another video showing minigames, a batch of screenshots, another gallery, one more, and another extensive gameplay trailer. More videos introduce Jin Kuwana, Ryuzo Genda, Kazuki Soma, and Akihiro Ehara.