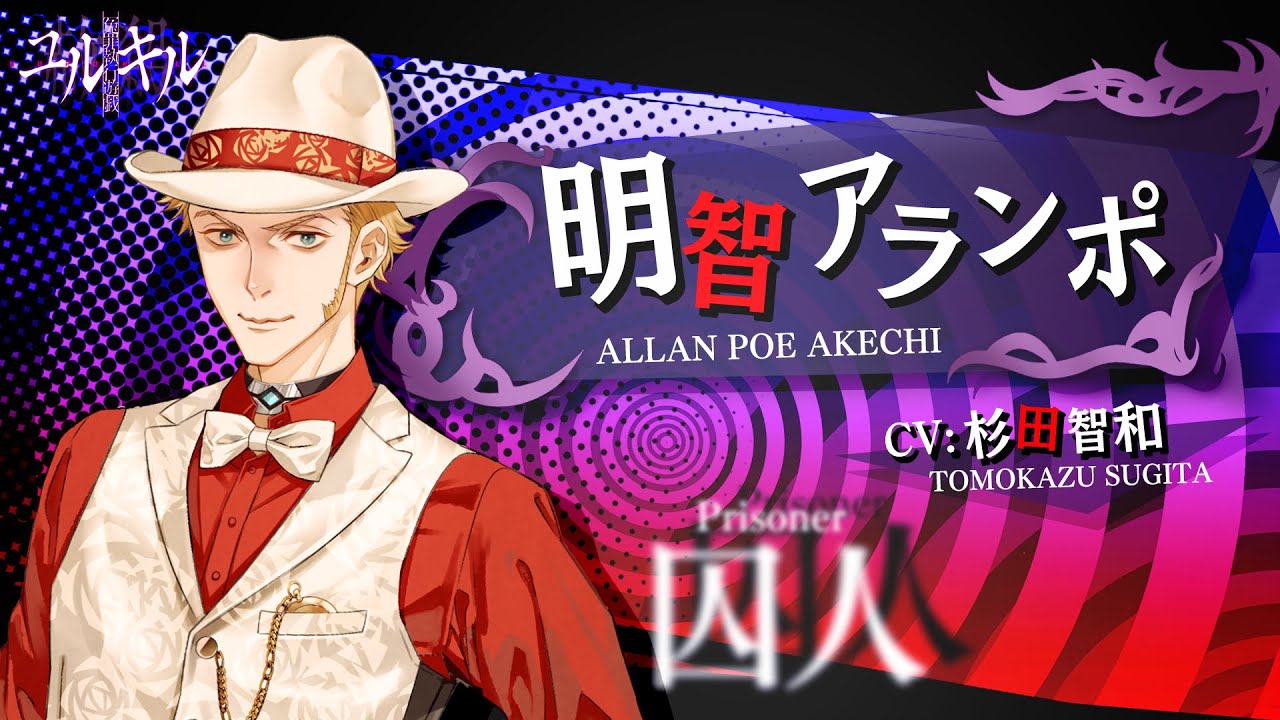 Keiichi is voiced by Tomokazu Sugita, the voice of Yusuke Kitagawa in Persona 5, Reiji Shiba in Sakura Wars, Chrom in Fire Emblem, and many more roles.

Private detective, alias: Allan Poe Akechi. He claims to be a talented investigator, but his powers of deduction are somewhat questionable. Apparently, he was arrested for peeping during an investigation and claims to be falsely accused. His real name is Benitaro Barahabara.