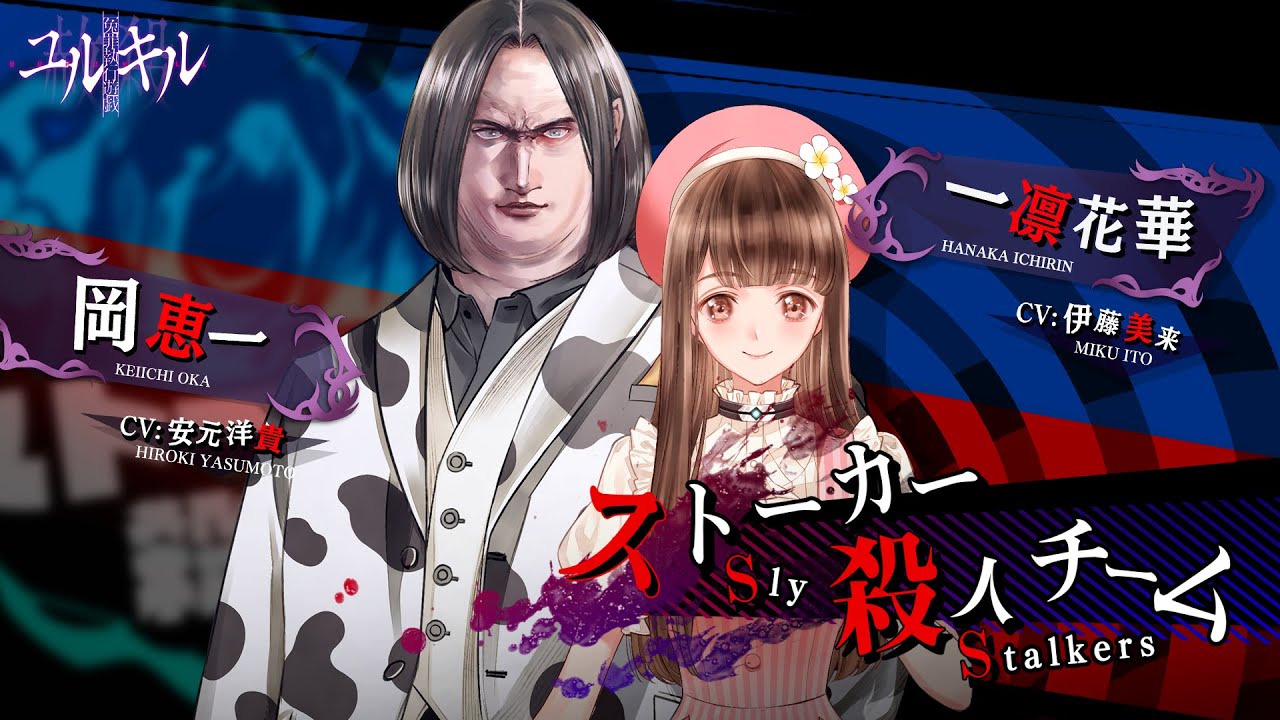 If you want to see more, you can check out a gameplay trailer, a second gameplay video, and a third trailer. We also have specific character trailers for Keiichi Oka, Hanaka Ichirin, Izane Akegarasu, Gentoku Omuro, Kagura Kagutsuchi, Raita Yamada, Futa Yamada, Sengoku Shunju, Rina Azami, and the host of the Yurukill Games, Binko.