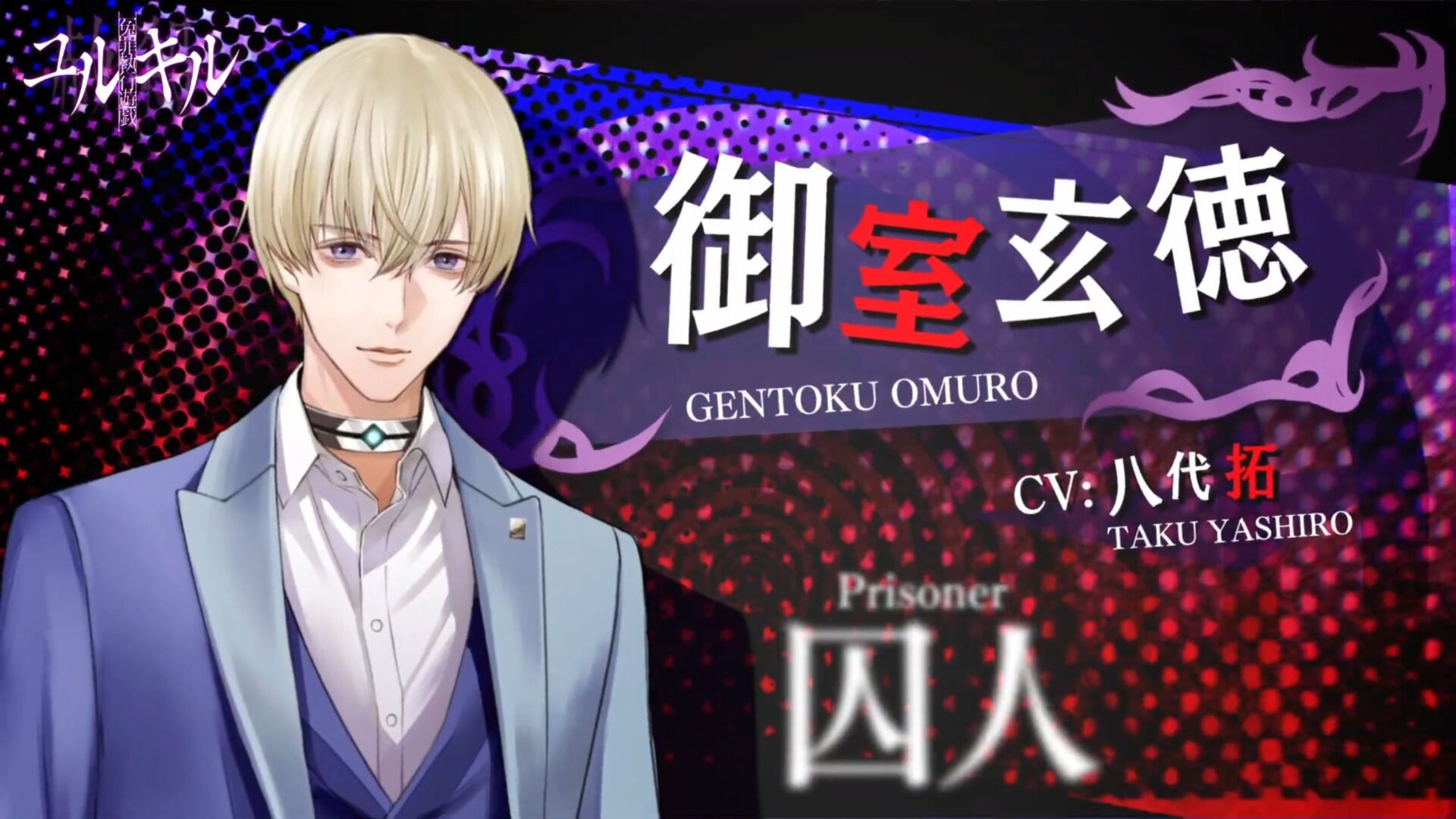 The trailer showcases another of the playable characters in the game, ths insufferable Gentoku Omuro. It follows previous trailers that introduced Kagura Kagutsuchi, Raita Yamada, Futa Yamada, Sengoku Shunju, Rina Azami, and the host of the Yurukill Games, Binko.

Gentoku is voiced by Taku Yashiro, which is pretty much perfect since he previously lent his voice to Magnai in Final Fantasy XIV.

Gentoku is the son of Yurukill, Inc.’s CEO. He feigns being mild-mannered, but inside is malicious, cold-hearted, and abusive. He’s unable to suppress his instinctive “tut” whenever he gets annoyed. He’s taking part in the Yurukill Games as part of a deal with his father.

If you want to know more, you can check out a gameplay trailer, a second gameplay video, and read an official description below.