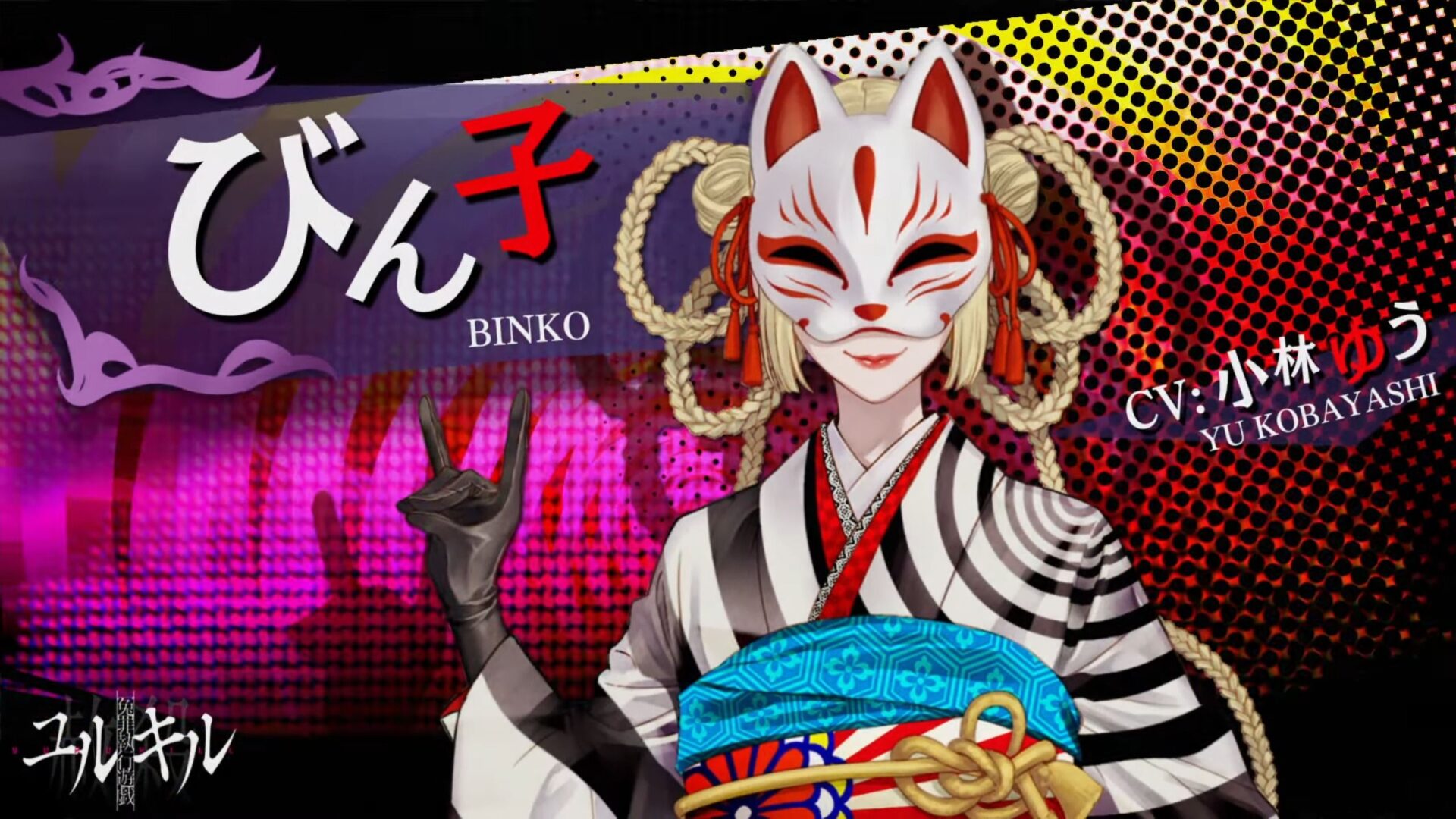 The trailer introduces Binko, who appears to be basically this game’s version of Monokuma.

She is voiced by Yuu Kobayashi, well known for voicing Luka Urushibara in Steins;Gate, Lucina in Fire Emblem Fates, Darli Dagger in Samurai Shodown, Katsuragi in the Senran Kagura series, and many more.

This follows previous trailers that introduced the hero, Sengoku Shunju and the heroine, Rina Azami.

The game is written by Homura Kawamoto, whom you may know for creating Kakegurui – Compulsive Gambler, and by his younger brother, Hikaru Muno.

Binko is Yurukill Land’s kimono-clad, mask-wearing guide. She is polite, and old-fashioned in her speech, yet when dealing with the Prisoners, she’s sharp-tongued and quick to ridicule. Variations of the phrase, “bin-bin,” are her trademark. Under the auspices of Yurukill Inc., she oversees the games offering the Prisoners a chance for acquittal at Yurukill Land.”