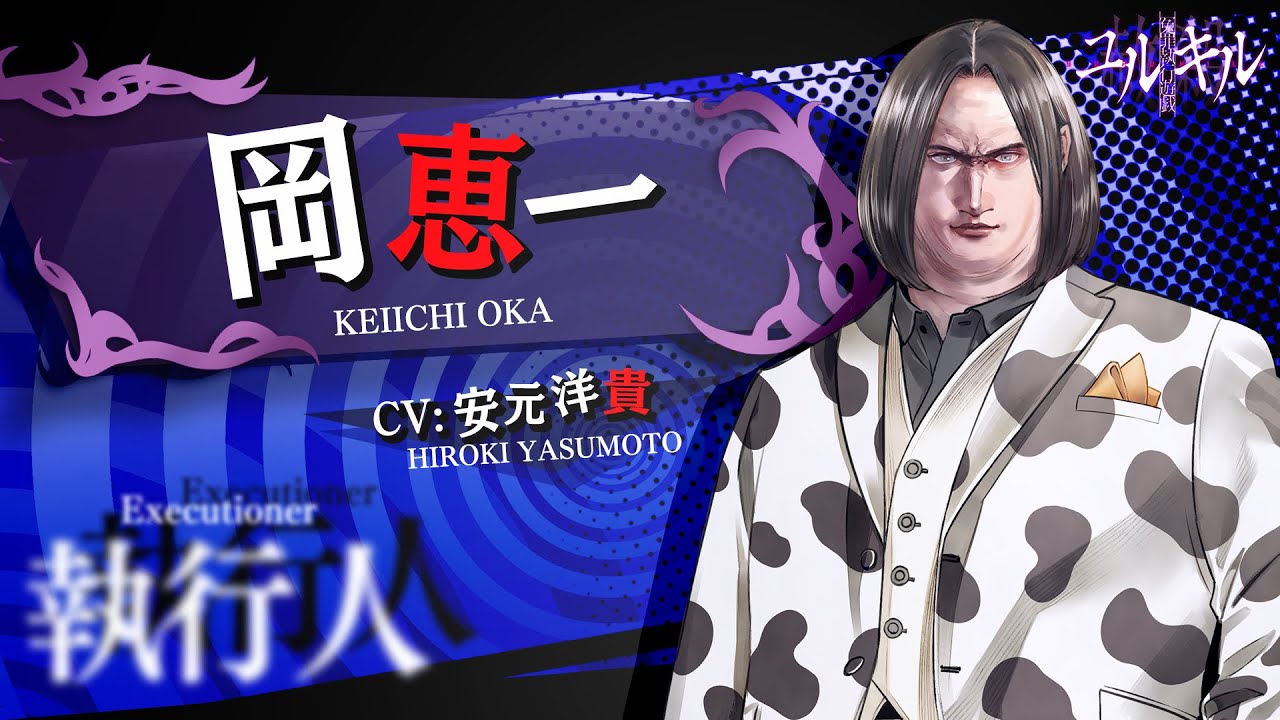 Keiichi is voiced by Hiroki Yasumoto, known for many roles including Agil in Sword Art Online, Guile in Street Fighter IV and V, Raubahn Aldynn in Final Fantasy XIV, Uriel in El Shaddai, Grimoire Weiss in NieR Replicant ver.1.22474487139… and many more.

Keiichi is a diehard fan still devoted to Hanaka despite her serving a prison sentence. He is easily excitable when it comes to Hanaka, but gentlemanly, and respectful of the distance between fan and pop star. He is taking part in the Yurukill Games to help Hanaka prove her innocence.

If you want to see more, you can check out a gameplay trailer, a second gameplay video, and a third trailer.