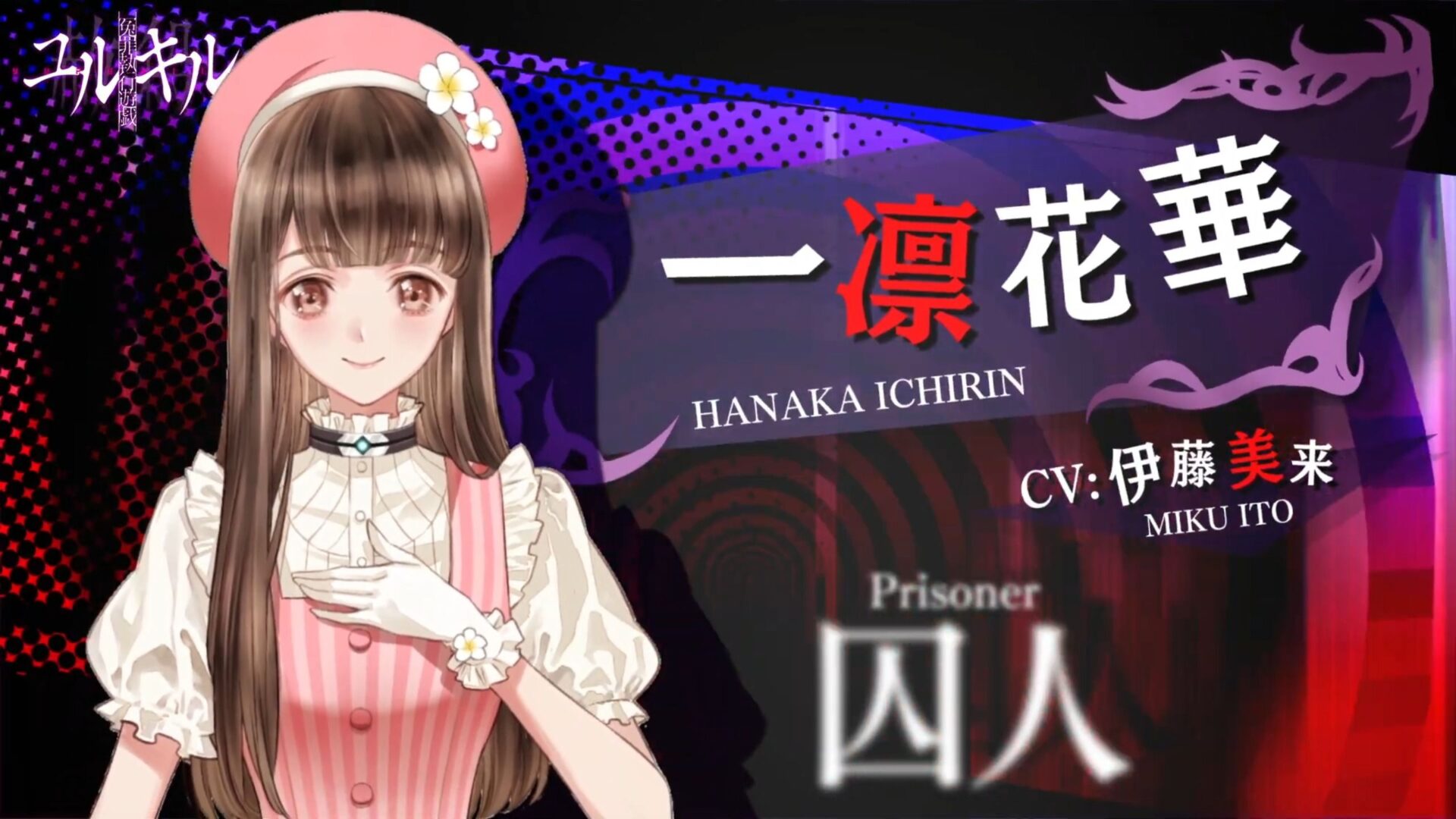 The trailer showcases another of the characters featured in the game, the idol Hanaka Ichirin. It follows previous trailers that introduced Izane Akegarasu, Gentoku Omuro, Kagura Kagutsuchi, Raita Yamada, Futa Yamada, Sengoku Shunju, Rina Azami, and the host of the Yurukill Games, Binko.

Hanaka is voiced by Miku Ito, known for roles like Agnes Claudel in The Legend of Heroes: Kuro no Kiseki, Yuriko Nanao in The Idolmaster, Kokoro Tsurumaki in BanG Dream!, and Miku Nakano in The Quintessential Quintuplets.

Hanaka is an underground pop star imprisoned for a particularly sensational incident. She’s sweet and genuine, and cares about her fans. She knew her teammate Oka before taking part in the Yurukill Games. The other participants often don’t know what to make of the pair’s unique, energetic interactions

If you want to see more, you can check out a gameplay trailer, a second gameplay video, and a third trailer.